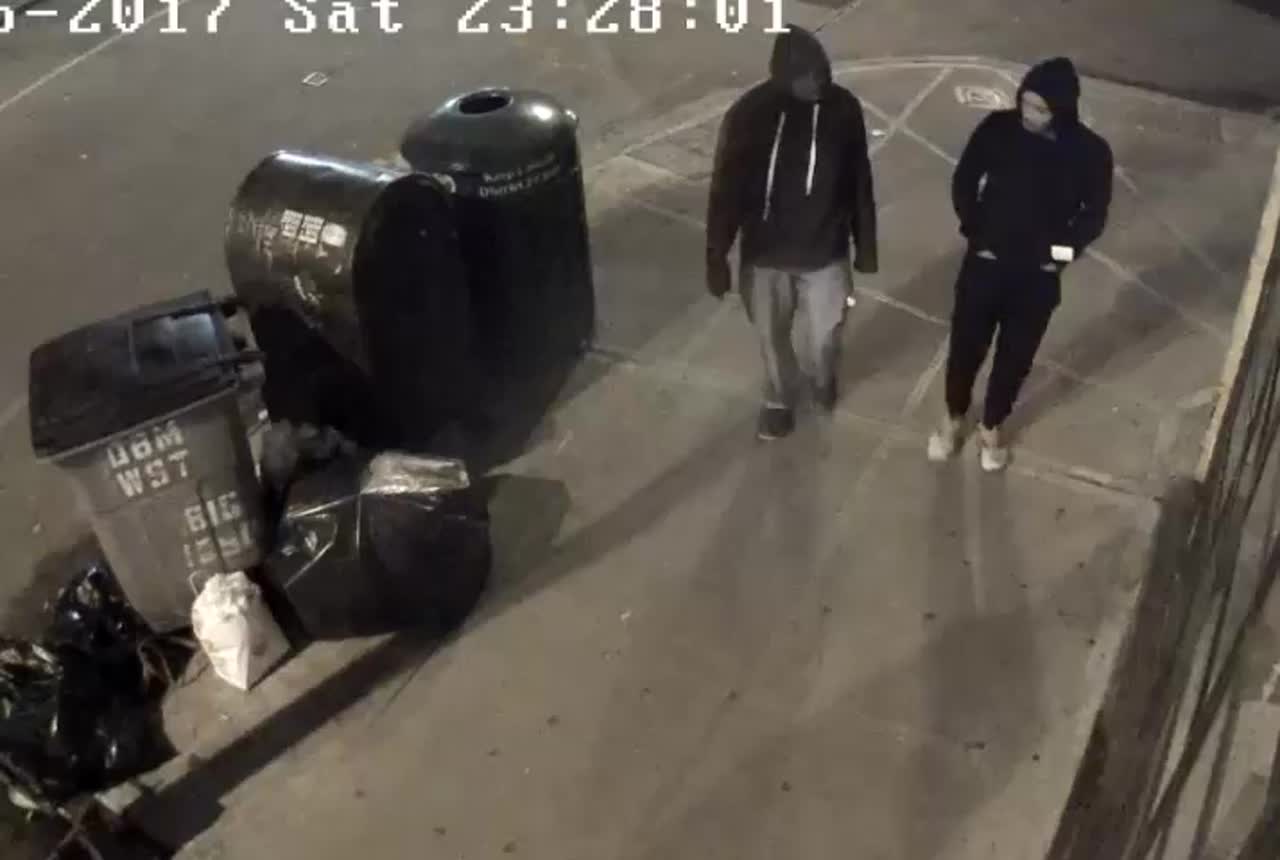 GREENWICH VILLAGE, Manhattan – New video was released of the two men accused attacking a famous restauranteur in Greenwich Village over the weekend.

The mugging happened just after midnight Sunday inside a building off Avenue of the Americas and Houston Street. Police say two men followed Silvano Marchetto into a lobby, choked him, grabbed his wallet with more than $1,800 cash inside and ran off.

The 70-year-old fractured his trachea in the attack.

One of the men was last seen wearing a green hoodie, light blue jeans and black sneakers. The other was wearing a black hoodie, black sweatpants, and white sneakers.

In the 1970's Marchetto opened one of New York's first northern Italian cuisine restaurants called "Da Silvano." Big names like Madonna dined there but the restaurant closed this year due to skyrocketing rent.