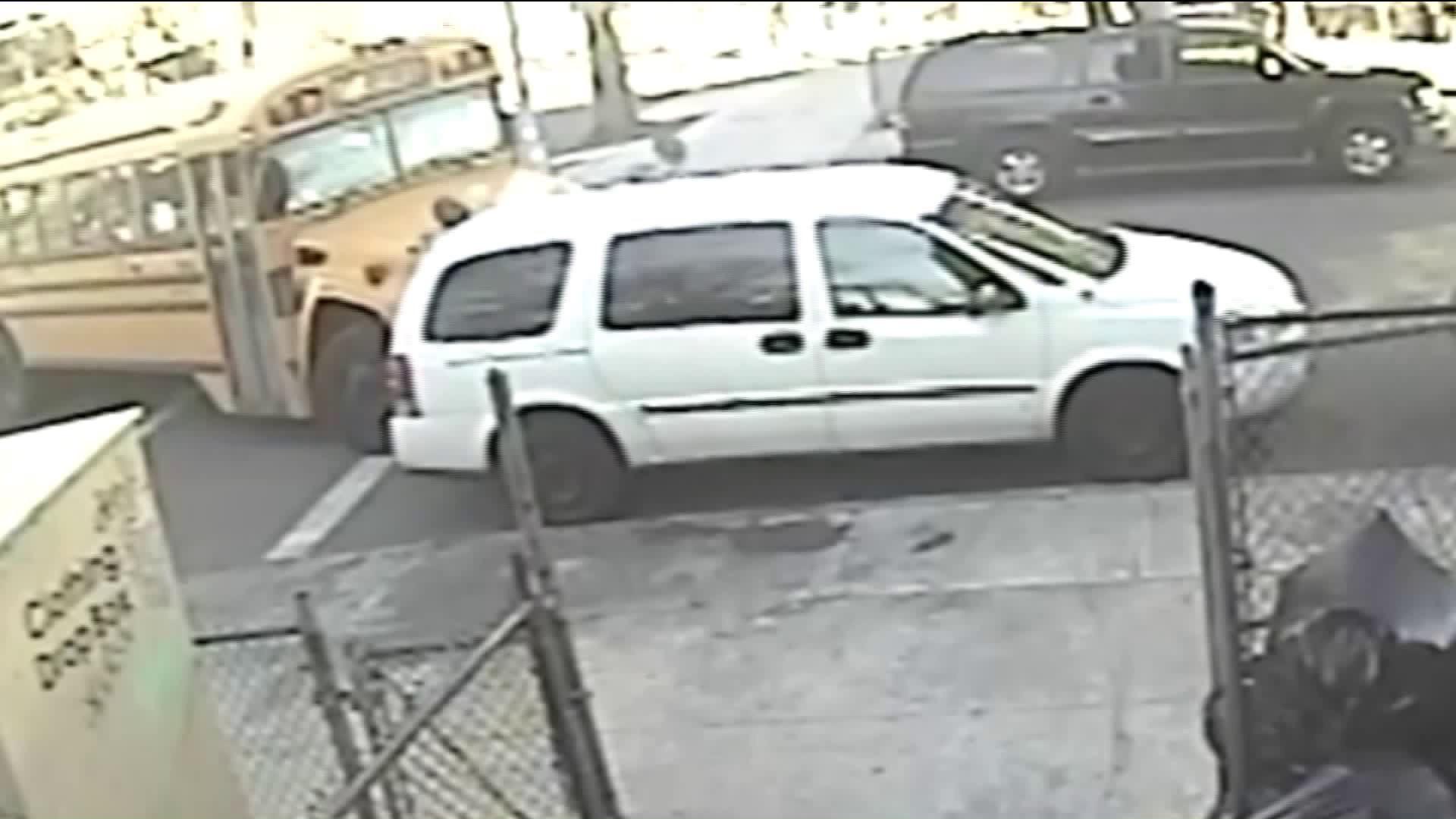 Video from a surveillance camera at 174th Street and Metcalf Avenue earlier this month as a school bus turns the corner and slams into the rear of a parked Chevy Uplander.

THE BRONX – Video from a surveillance camera at 174th Street and Metcalf Avenue earlier this month as a school bus turns the corner and slams into the rear of a parked Chevy Uplander.

Moments later the door opens and the driver lets the kids off, but doesn't get off to check damage to the car. An assistant gives a quick look, gets back on the bus that promptly drives off.

When Charles Jackson showed up he found damage to his rear bumper and got an estimate of $3,000 in damage. Determined to find out who was responsible, he searched for surveillance video and got his answer.

"I was very shocked," Jackson told PIX11. "As a parent myself to see that I was shocked but even more surprised to see no one taking responsibility for a serious situation like that like hitting a parked vehicle."

Jackson took his case to the Department of Education, which launched an investigation and according to him fined the bus company, but for his personal battle, he claims he got nowhere.

"The bus company wants to give me the runaround transferring me to different people and when I find somebody, he tells me needs to find out more about the situation," Jackson said.

"Any type of accident like that is unacceptable," an official at the Logan Bus Company told PIX11. "We would like to take a look at the video so we can respond and correct the situation immediately."

The company indicated it has offered to repair the vehicle but Jackson hasn't responded.