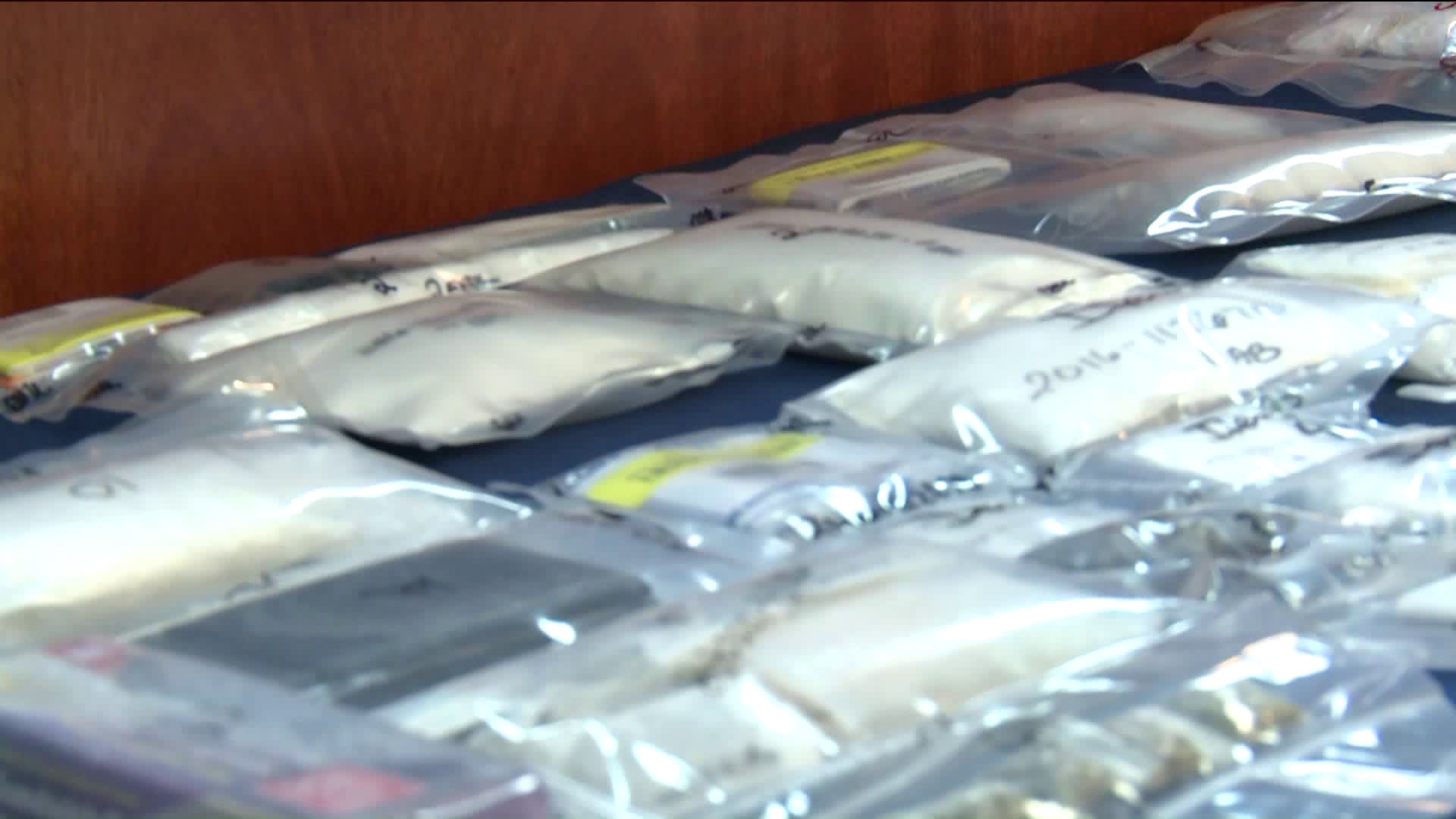 The suspects were charged in a 357-count indictment.

NEW YORK — Authorities say 34 people have been arrested in connection with a Brooklyn narcotics ring that sold heroin, cocaine and a new synthetic opioid known as White China.

Acting Brooklyn District Attorney Eric Gonzalez said Wednesday the suspects were charged in a 357-count indictment with criminal sale of a controlled substance, conspiracy and other crimes.

Prosecutors say the ring also distributed furanyl fentanyl or White China, a relatively new and potent drug that has not yet been classified as a controlled substance under New York State law.

Most of the drugs were obtained from a supplier in Phoenix, Arizona and sold in the city and in some upstate New York counties between June 2016 and March 2017.

The suspects were arraigned this week and last week in Brooklyn.