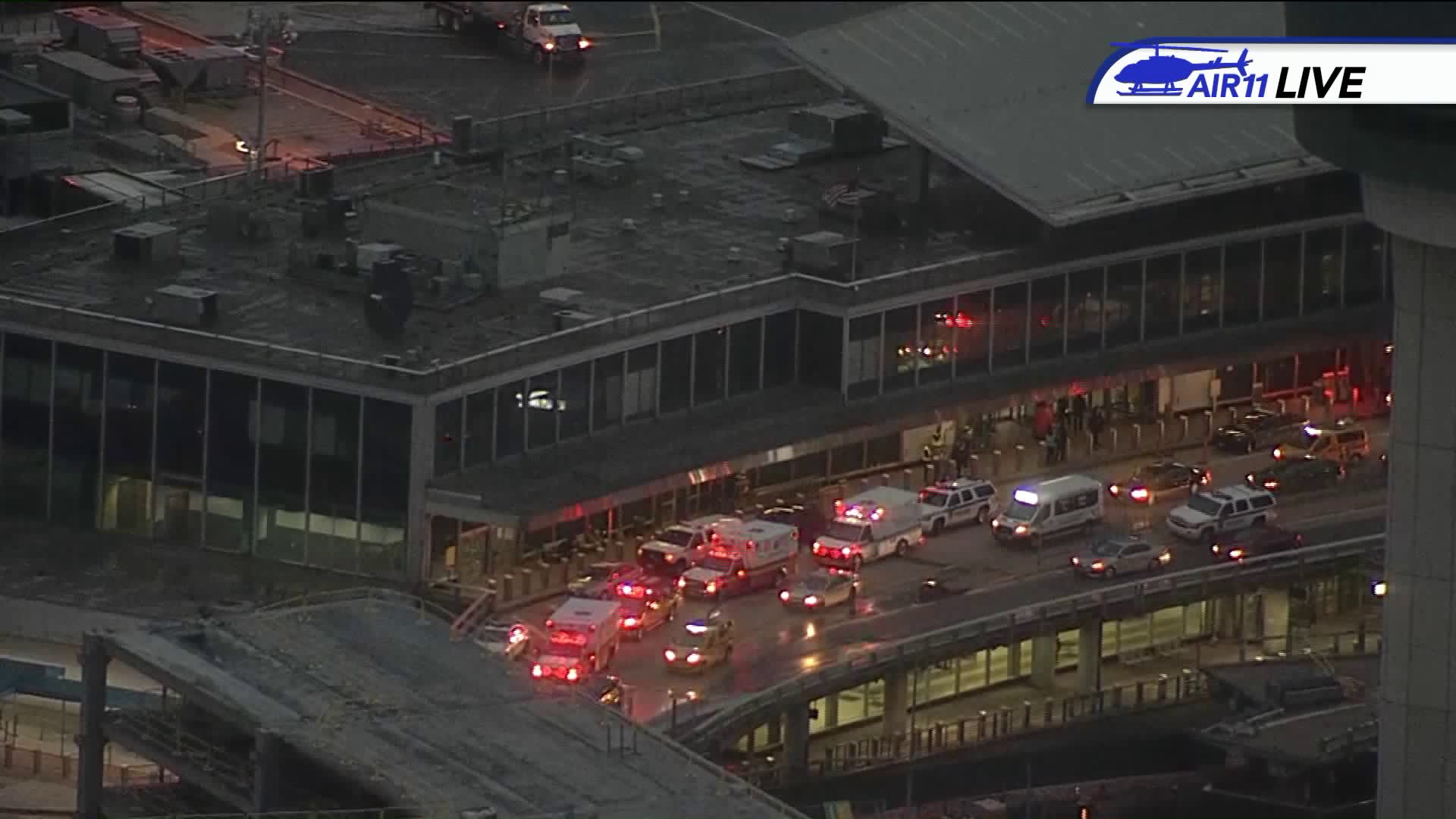 Three people were injured by an unknown hazardous material at LaGuardia Airport Wednesday morning, according to FDNY.

QUEENS — The "hazardous material" that sent three TSA agents to the hospital for evaluation on Wednesday, and prompted the temporary closure of a LaGuardia Airport screening area, has been determined to have been a food item or spice, according to the Port Authority Police Department.

Emergency officials respond to LaGuardia Airport on March 29, 2017, when FDNY says three people were sickened by an unknown substance. (AIR11)

Transportation Security Administration agents came in contact with an unknown substance when inspecting a carry-on bag that had set off an alarm at an airport checkpoint shortly before 6 a.m., according to the TSA.

The encounter prompted reports that people were sick at the facility, and fire officials responded, a FDNY spokesperson said.

Three agents were believed to have been injured, and transported to the hospital for evaluation. They did not suffer serious injuries, police said without elaboration.

The unknown "hazardous material" was a white powder that was later deemed non-explosive, and was, in fact, a food item or spice, police said.

During the inspection, and "out of an abundance of caution," police were contacted, and the airport checkpoint was closed for about 40 minutes, according to the TSA. It reopened at 6:26 a.m.

Airport officials indicated on Twitter the ordeal occured at Terminal B, but police later said it was at Terminal D.