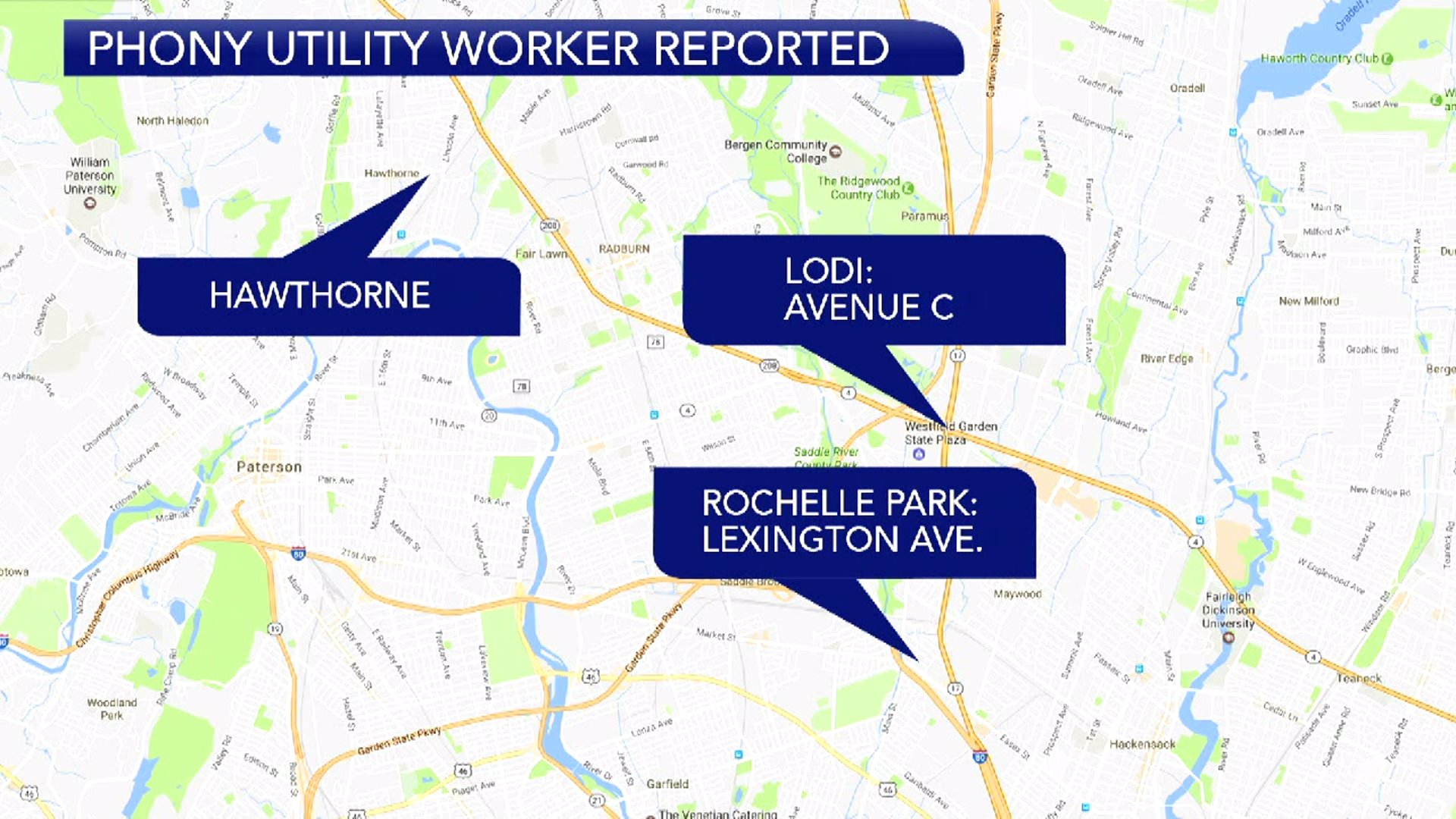 Investigators are working to determine if it`s all the same guy, but police from separate departments gave a similar description.

ROCHELLE PARK, N.J. — Police in New Jersey are warning residents of a possible scam where a man tries to gain access to homes by pretending to be a utility worker.

Police say the suspect stole money from a woman in Lodi. And in Rochelle Park, a similar suspect tried to get into a woman's home on Lexington Avenue.

Investigators are working to determine if it's all the same guy, but police from separate departments gave a similar description — a light-skinned, middle-aged man in his 40s wearing a reflective orange vest, similar to one worn by utility workers.

About 4:30 a.m. Monday, police say a suspect by that description knocked on a woman's door on Lexington Avenue near High Street. He allegedly claimed that he needed to check her electrical panel for shortages. She asked what utility he was from, but when he stumbled over his answer, she knew something was up. She refused to let him in.

Just a few hours earlier, about 1 p.m. Monday, on Avenue C in Lodi near Main Street, a man in an orange vest claimed he needed to come in to check a homeowner's electrical outlets in the kitchen. She obliged, but after he was gone she noticed some of her belongings were missing, including $60 in cash.

Hawthorne Police put out a Nixle emergency alert after a similar incident Monday: "Beware of scam where suspects are posing as utility workers. DO NOT let anyone in your house. Call police so we can ID them."

PSE&G is warning customers to be cautious and to report any scams to police.