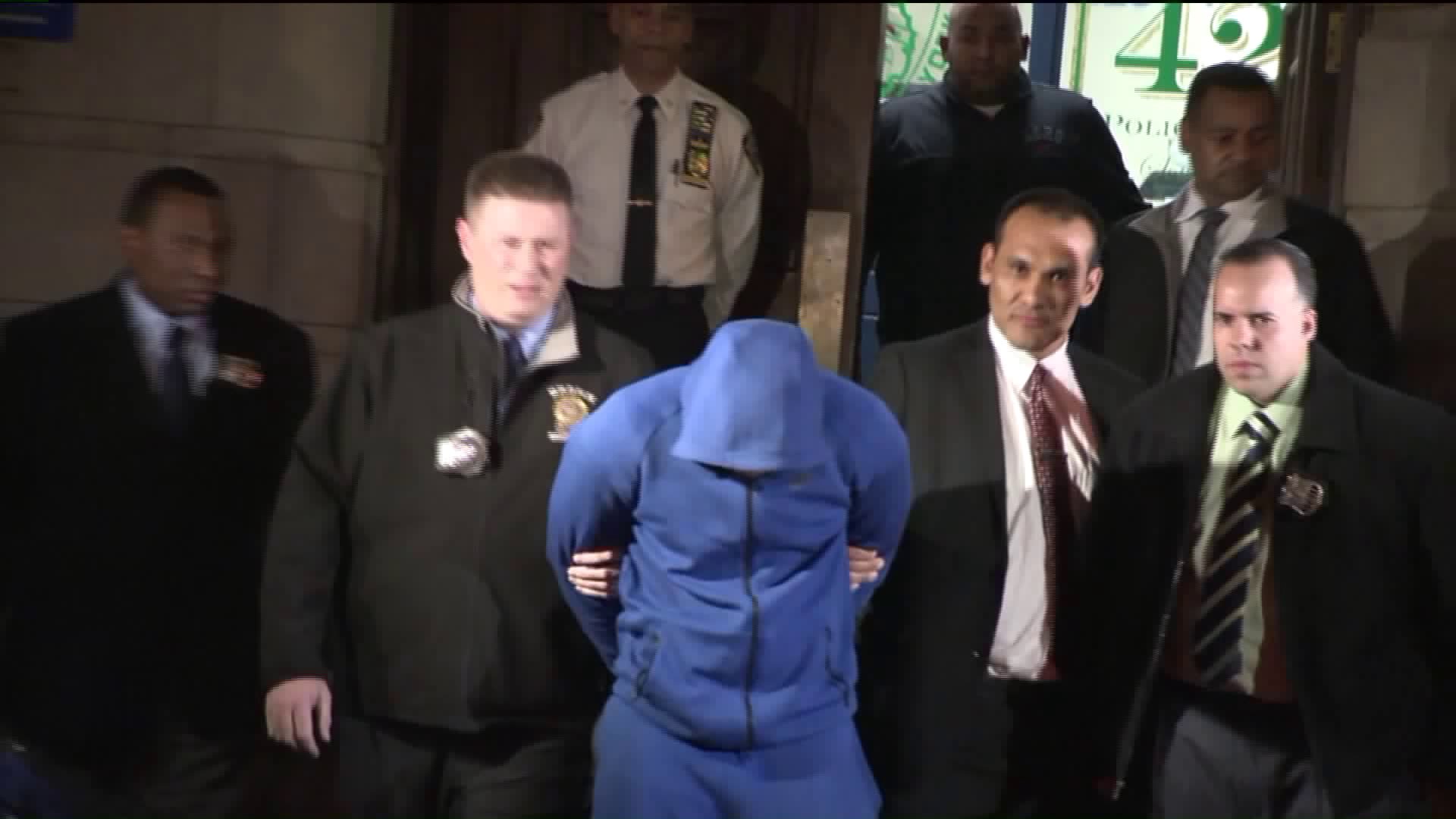 Davaughn Johnson, 22, of Tinton Avenue, is charged with murder, manslaughter and criminal possession of a weapon.

MORRISANIA, the Bronx — An arrest has been made in the death of a 21-year-old aspiring model who was shot and killed in a Bronx public housing stairwell Monday night, according to the NYPD.

Davaughn Johnson, 22, of Tinton Avenue, is charged with murder, manslaughter and criminal possession of a weapon.

The shooting happened at the Forest Houses on Tinton Avenue. Aaliyah Alder, 21, was found around 10:40 p.m. with a gunshot wound to her head inside the stairwell on the eighth floor, police say. She was pronounced dead at the scene.

Police say Alder did not live at the Forest Houses.

Police sources told PIX11 News on Tuesday that Alder had gone to the Forest Houses to settle a dispute with the father of her friend's child. A police officer at the scene told PIX11 that this man had been stabbed in the hand during the confrontation.

Distraught family members and friends gathered near the scene. Condolences poured in for the young woman on Facebook.

"She was like the best person to be around," a neighbor told PIX11. "I was so shocked."

Alder had been arrested in the past, but neighbors say she was looking to get her life back on track to pursue a modeling career.