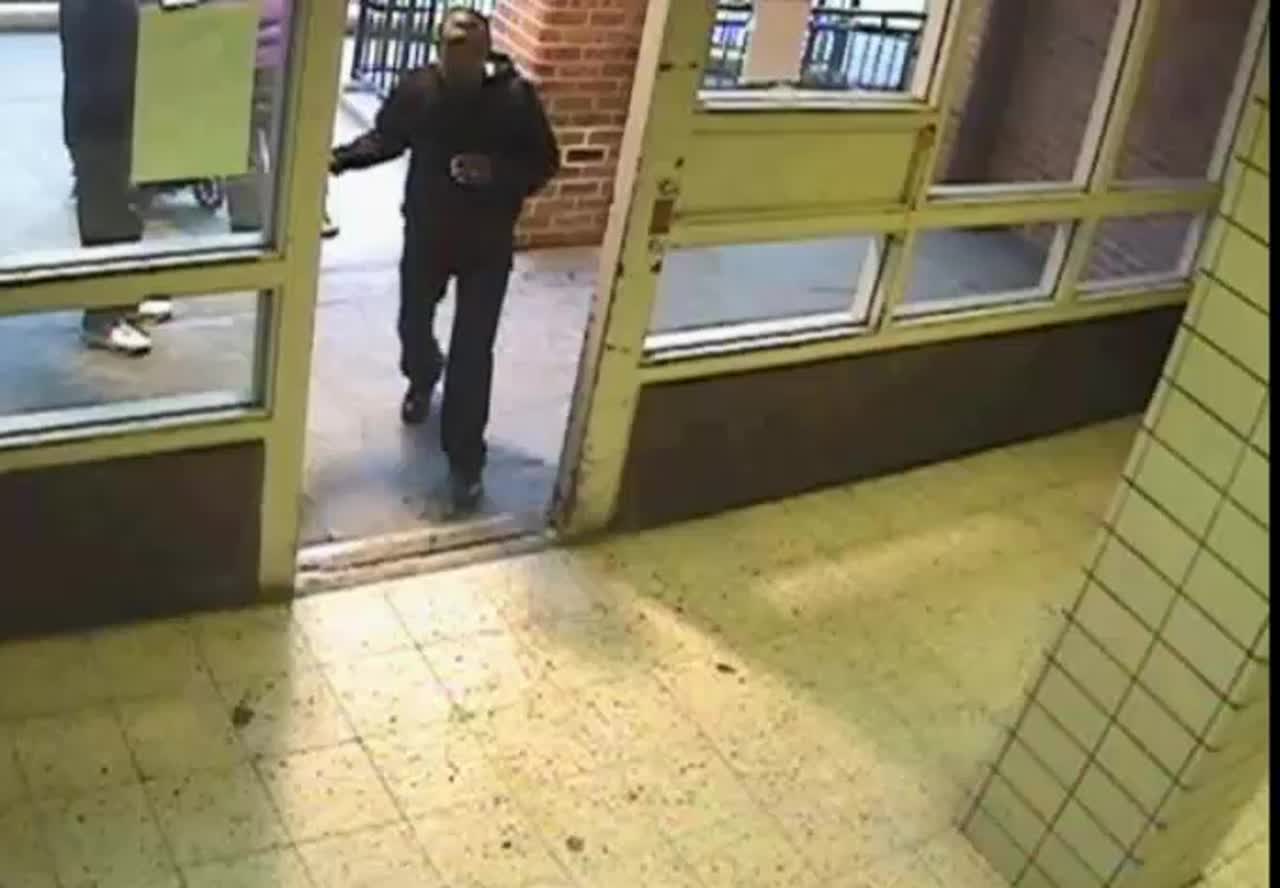 ASTORIA, Queens – Police are looking for two men accused of robbing an 83-year-old man at knifepoint inside a Queens apartment building last weekend.

Cops say it happened inside an apartment in the vicinity of 21st Street and 36th Avenue around 6:45 p.m. Saturday, when the pair followed the victim into the lobby elevator. One of the men showed off a knife, telling the victim “don’t make a noise” as the accomplice took his cellphone and $20 from the victim’s pockets. They then ran away in an unknown direction.

The victim was not hurt.

Surveillance video shows one of the culprits walking toward the elevator before the robbery. Cops also released images of the accused thieves.

One of the men was described as being bald and having a dark complexion. He was last seen wearing black sneakers, black jeans and a dark-hooded shirt. The other had a light complexion and was donning a gray-hooded jacket, skull cap, black backpack and blue jeans at the time of the theft.

Anyone with information in regards to this robbery is asked to call the NYPD's Crime Stoppers Hotline at 1-800-577-TIPS (8477) or for Spanish, 1-888-57-PISTA (74782).  The public can also submit their tips by logging onto the Crime stoppers website at WWW.NYPDCRIMESTOPPERS.COM or by texting their tips to 274637 (CRIMES) then enter TIP577.