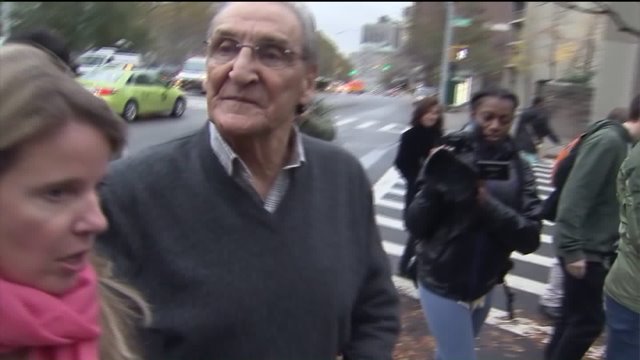 Giallanzo, 46, is the nephew of reputed mobster Vincent Asaro. Asaro was arrested for his alleged involvement in the 1978 Lufthansa cargo heist. He was later acquitted on all charges after prosecutors acknowledged that he did not participate in the robbery.

The indictment states that the defendants accumulated over $26 million through loansharking, illegal gambling, robbery and extortion.

"The defendants are alleged to have amassed a fortune in ill-gotten gains," said Acting United States Attorney Bridget M. Rohde.

The indictment relates to alleged criminal activities between Jan. 1998 and Mar. 2017. Investigators believe the majority of the alleged crimes happened in Howard Beach, Queens.

Investigators gathered evidence during the long-term investigation into the organized crime family.

According to the indictment, Giallanzo conducted a "lucrative loansharking operation" and provided money to several of the other defendants.

Giallanzo and his associates allegedly used threats and physical violence to collect debt owed to them.

If convicted of the racketeering or loansharking offenses, the defendants could spend a maximum of 20 years in prison. Other charges carry a sentence between 5 and 20 years behind bars.