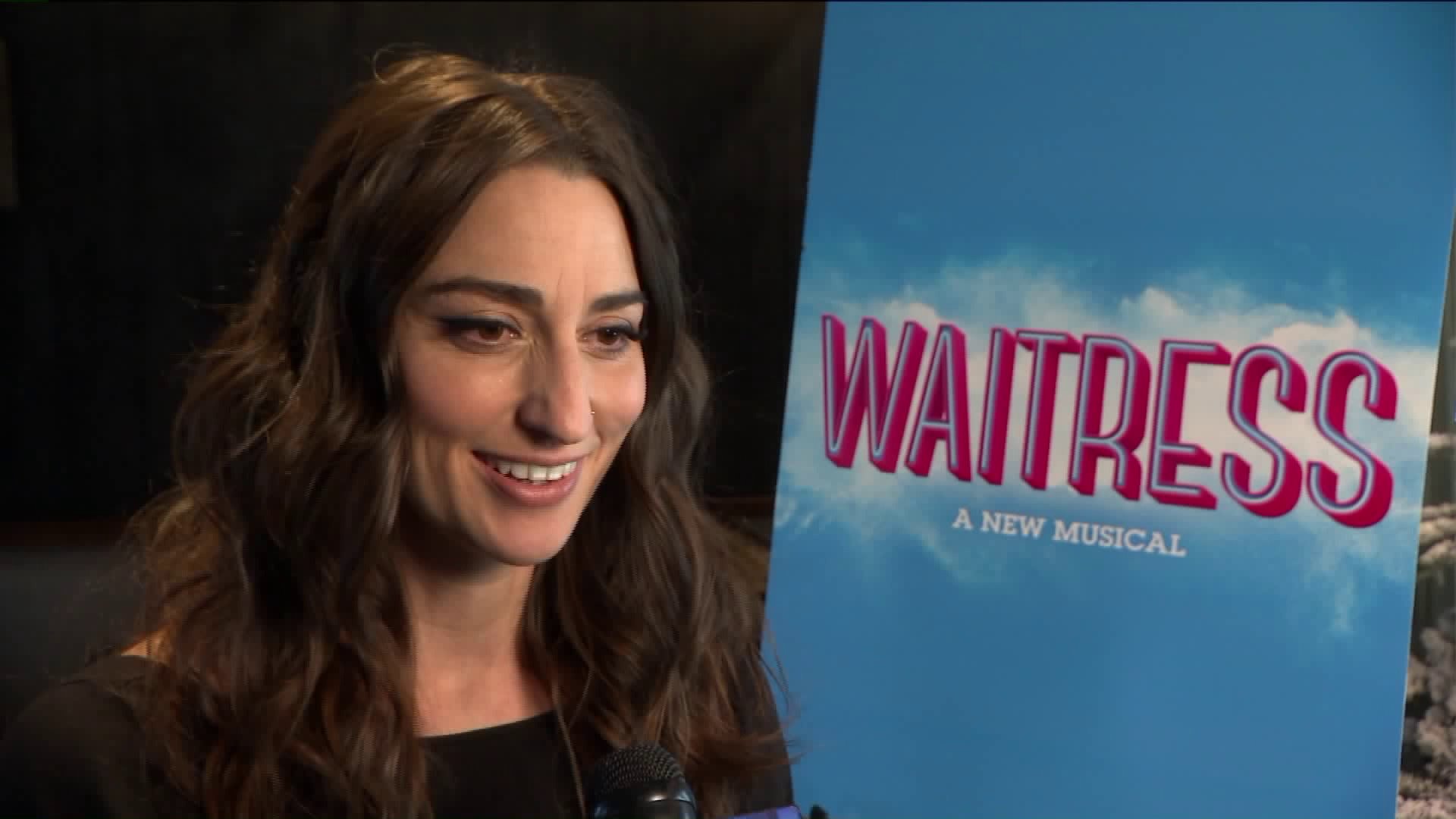 PIX11 chats with the stars, including the show`s composer, who are taking over the roles in the Tony-nominated musical `Waitress`

MIDTOWN, Manhattan- Grammy and Tony nominee, Sara Bareilles is not only serving up her heartfelt music and lyrics in the hit show Waitress, now, she’s making her Broadway debut, stepping into the lead role. "I'm terrified but its like I have to do it," she said. "I'm one of those musical theater kids who grew up listening to cast album recordings and actually always dreamt of going this way and as I got to college my career sort of took a left turn into pop music I had no idea that I would eventually circle back."

The best and most unique part is that she will be singing her own songs. "Now I get to explore what I look and feel like inside this role." She will be following in the steps of Tony winner Jessie Mueller, playing Jenna, an expert pie maker living in a quirky small town, who dreams of a way to get out of her loveless marriage. "She was giving me little tidbits, like I keep a wet nap here because my fingers get sticky," Bareilles explained. "I'm like oh my god these are all things I would've had no idea for the first little while."

The singer-songwriter is sharing the stage with theater vet, Will Swenson, who is taking over the role of her abusive husband Earl. "I love playing a bad guy, bad guys are just so much more complex and fun," he smiled. This actor, is also a big fan of Sara’s . "You know she is already a great singer, she is going to blow people away with how amazing she is as an actress."

Star of television's "Silicon Valley," Chris Diamantopoulos, is taking a turn as Jenna’s love interest, as the awkward Dr. Pomatter. "It’s a lot of fun and I have long been a fan of Sara’s," he said. "I never anticipated in my career that I would have a chance to sing with her, that’s really really something special."

They all begin their roles on March 31 at the Brooks Atkinson Theatre. Sara will perform for a limited 10-week run.