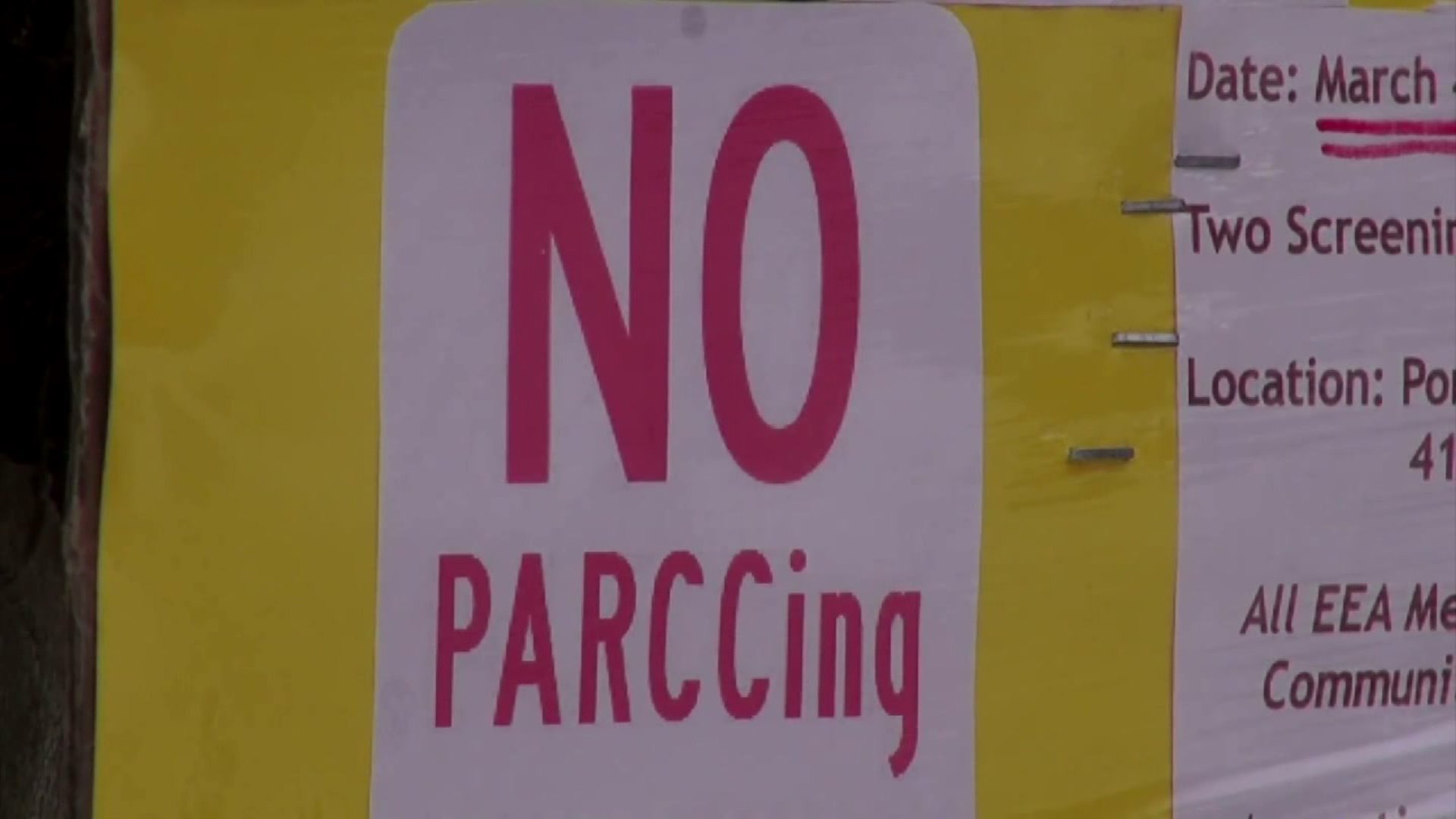 The New Jersey Department of Education reported that 90,000 kids took the exam today without any technical issues.

BASKING RIDGE, N.J. — Some parents are renewing their calls to do away with the state-standardized PARCC test, which is now a graduation requirement for students in New Jersey, starting with the class of 2021.

"The politicians aren’t listening to the people," said Jen Korn of Basking Ridge. She has four kids and refused the test for all of them.

"I'm doing that because I want to send a message," she said. "The time lost is tremendous. I mean, in our middle school we have three weeks of testing. Three weeks! These tests are 9 and 10 hours for kids from nine years old."

The New Jersey Department of Education reported that 90,000 kids took the exam today without any technical issues.

"New Jersey expects positive trends to continue in the third year of PARCC, just as we saw from year one to year two, where a higher percentage of students met or exceeded expectations in nearly all subjects and grade levels, and more students participated in each of the PARCC tests," said DOE spokesman David Saenz.

But the state is being sued by the Education Law Center, among others. The ELC has called the PARCC graduation requirement 'unconstitutional'.

The State Assembly recently passed a resolution that said the same.

"We just need Steve Sweeney to post it in the Senate," said Korn, in a message to New Jersey's State Senate President. "I would love him to post it. So we can rid of this nonsense that is really truly hurting our kids."

If the State Senate approves the resolution, it’ll go straight to the State Board of Education, which will have 30 days to change or throw out the PARCC graduation requirement.