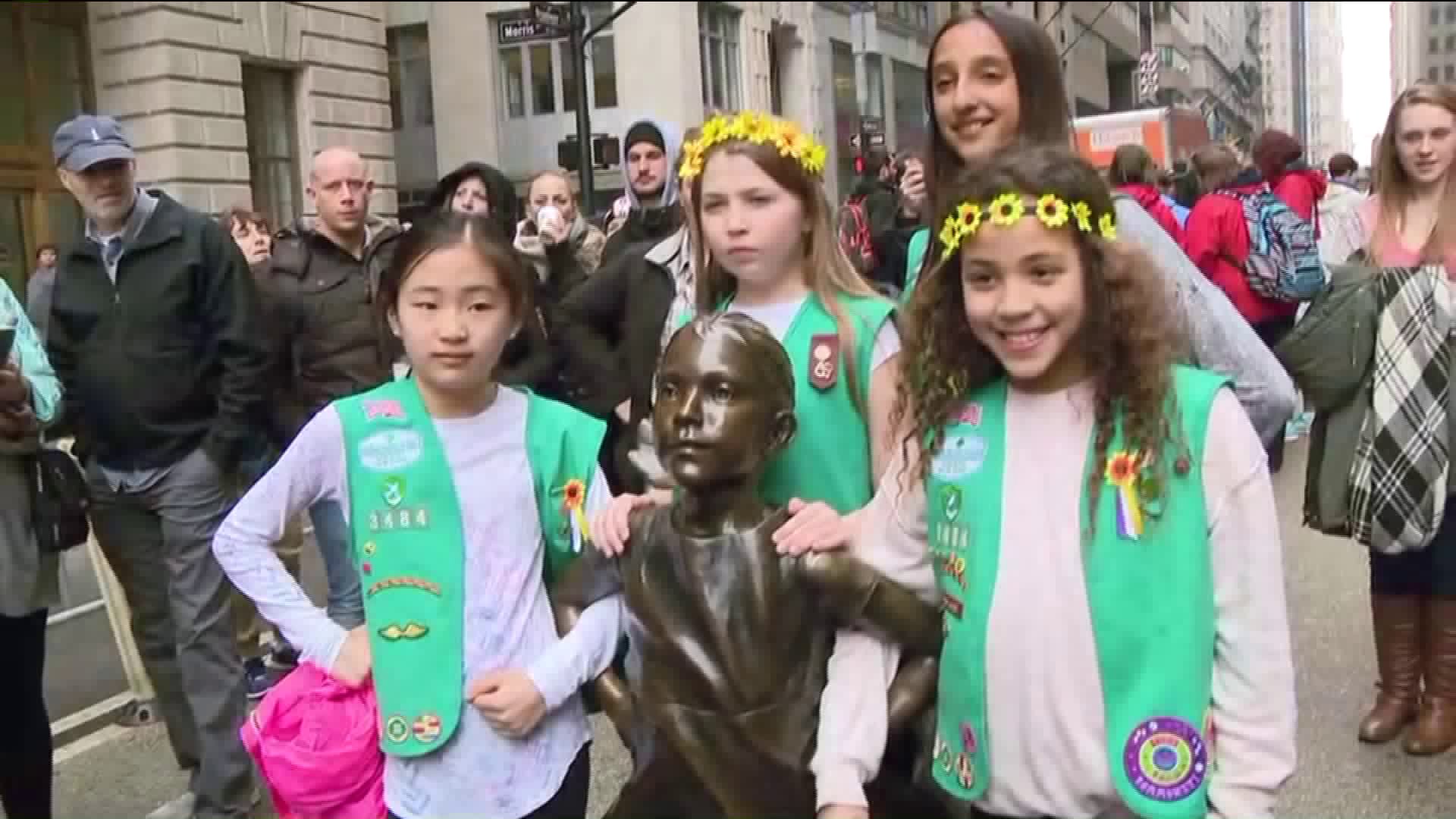 It originally was supposed to stay until April 2.

LOWER MANHATTAN — The "Fearless Girl" statue will continue to stare down the "Wall Street Bull" for at least a year.

"I've been profoundly struck by what this statue means, in particular, to women and girls in this city," Mayor de Blasio said.

Crowds have surrounded the "Fearless Girl" for weeks since she made her debut. Many women and girls have taken pictures imitating her defiant pose.

Local elected officials signed a petition to keep the statue in place permanently.

"Fearless Girl has inspired a discussion around female empowerment and the need for more women in leadership roles, and I am thrilled that she will remain in my district in Lower Manhattan past April," said State Assembly member Yuh-Line Niou.

Manhattan Girl Scout Troop 3484 showed up at the "Fearless Girl" Monday afternoon right as the mayor arrived for a photo op.

"We want it to stay permanently because it shows a girl being fearless, which is what we're all about," troop member Phoebe Bergan said.

Sculptor Kristen Visbal said she was amazing by the positive response.

"It's time for gender equality in the board room. Time for men and women to work together in leadership," Visbal said.

The "Fearless Girl" is only one of a few female statues in New York City. There are only five representing real historical women. Troop 3484 wants to change that.

"They've been working on trying to get the first statue of real women in Central Park," troop leader Bridget Small said.

While response to the statue has been mostly positive, there has been some criticism that it was a publicity stunt by a Boston based financial firm. However, the visitors PIX11 met were confident its message of female empowerment will overpower any negativity.