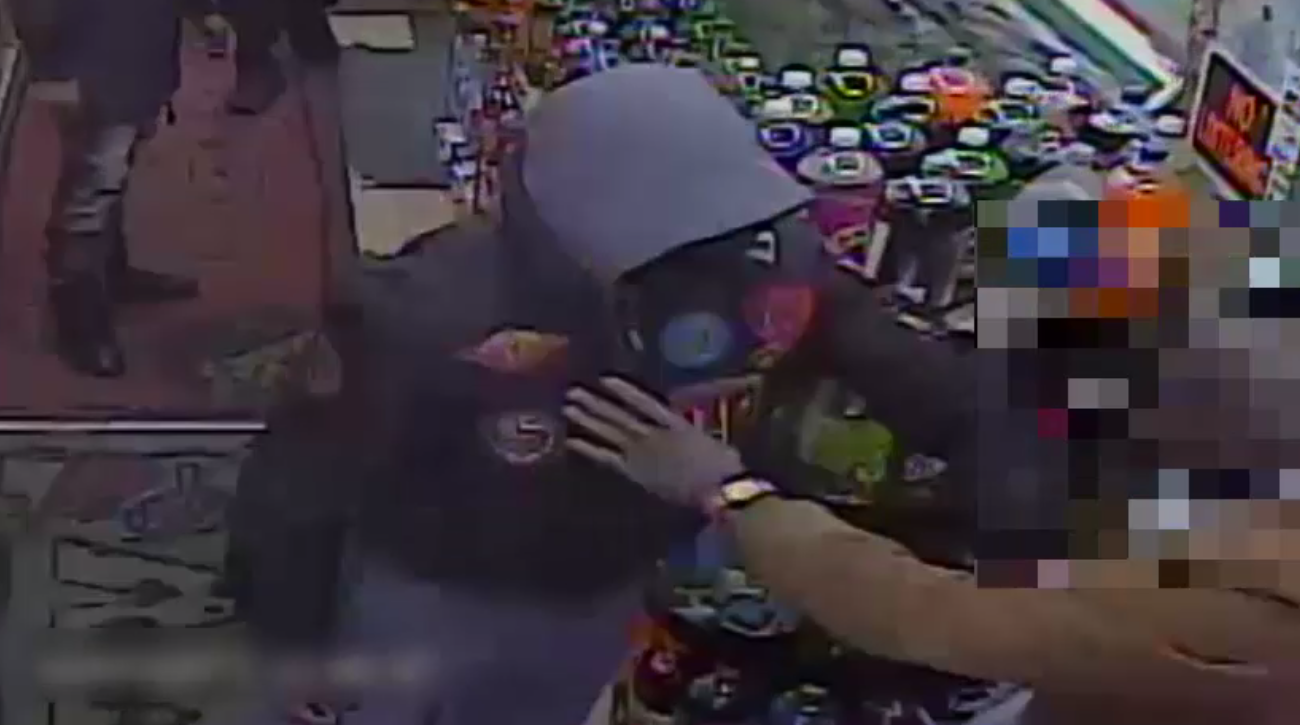 Police are looking for a two bearded men accused of robbing and punching a 78-year-old man inside a Brooklyn bodega last week.

BEDFORD-STUYVESANT, Brooklyn – Police are looking for a two bearded men accused of robbing and punching a 78-year-old man inside a Brooklyn bodega last week.

The robbery happened at about noon on March 22 at Shorty's Deli on Marcus Garvey Blvd., police said.

Cops say the first man, described to between 25 to 30 years old, punched the victim, 78, many times to the face and body. A second man, who appears to be in his late 30s, then took his wallet and cellphone during the assault.

The pair ran away in an unknown direction, leaving the victim with cuts and bruises to the face. He was taken to a local hospital where he is in serious but stable condition.

Police released surveillance video of the first attacker, showing him in a brown jacket, a gray-hooded sweater and gray sweatpants as he hits the victim. They said the other culprit was wearing a black-hooded sweater, a red and black plaid sweater, blue jeans and black sneakers.

Anyone with information in regards to this incident is asked to call the NYPD's Crime Stoppers Hotline at 1-800-577-TIPS (8477) or for Spanish, 1-888-57-PISTA (74782).  The public can also submit their tips by logging onto the Crime stoppers website at WWW.NYPDCRIMESTOPPERS.COM or by texting their tips to 274637 (CRIMES) then enter TIP577. All calls are strictly confidential.