46 dogs arrive in NY from South Korea, saved from slaughter 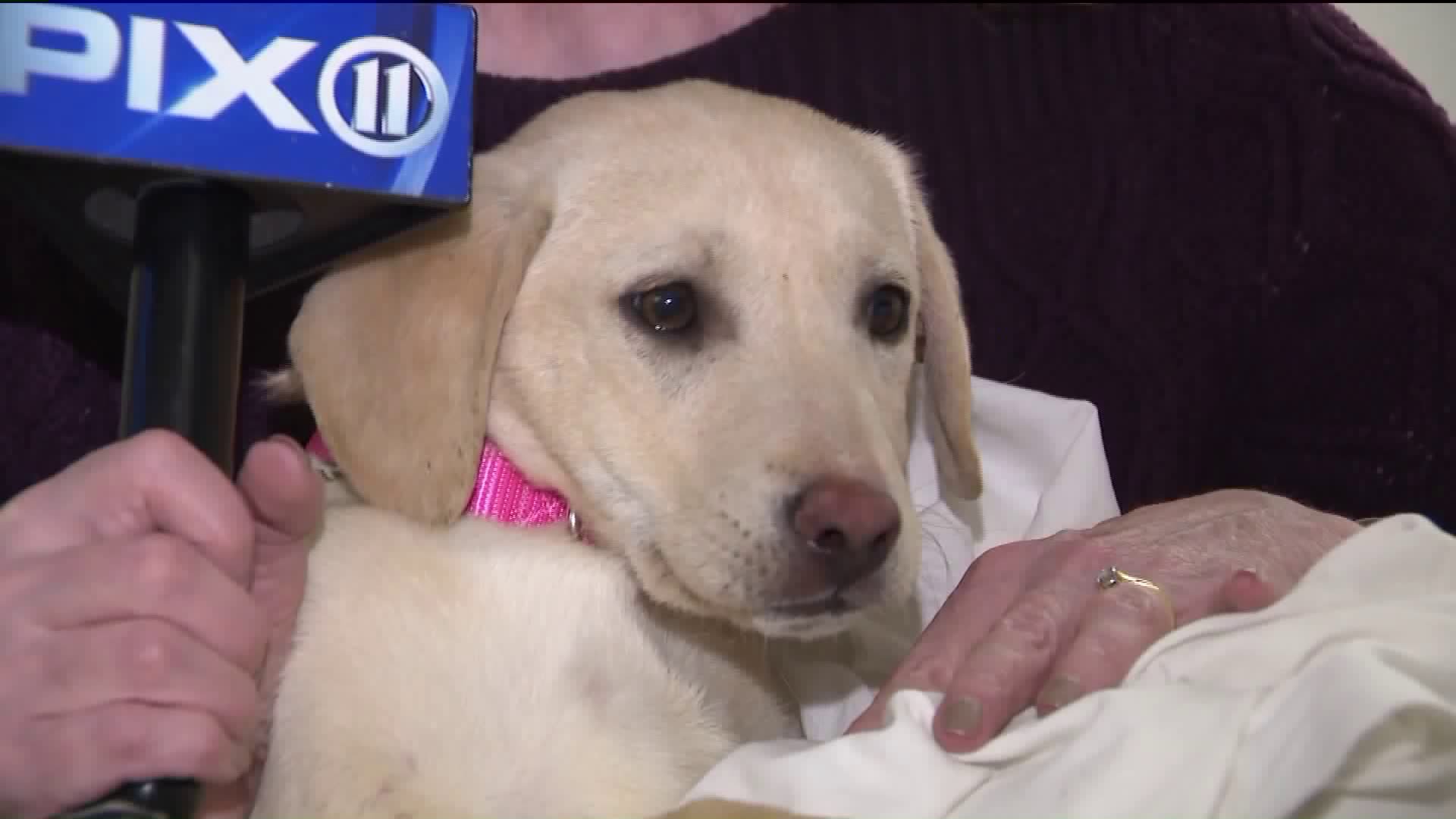 The dogs will soon be up for adoption.

NEW YORK — A dog meat farm in South Korea is missing 46 dogs that arrived at New York's Kennedy Airport after being rescued.

After landing late Saturday, the animals were headed for shelters in New York, Maryland and Pennsylvania.

Ten of the dogs were brought to Animal Haven in SoHo and will be available for adoption.

The Humane Society International is responsible for saving the dogs that would otherwise have been slaughtered. Humane Society officials say they awaited death in dirty, dark
cages, and were fed barely enough to survive until Bok Nal, a summer festival where dog meat stew is served. The farm was in Goyang, South Korea.

The dogs will need time to come out of their shells and learn to socialize before going to their forever homes.

Chinta, 2, is a Maltese who barely moves. A pair of 6-month-old chihuahuas, Danika and Belka, are still hiding under their beds.

"They are still very scared," Ito said "with time, they will come around."

There is hope for all these puppies. There will be wonderful homes for them, once the right match is made, according to those at Animal Haven.

Hendrick, a 6-month-old spaniel mix was already bonding with Natja Rosner, who is looking to adopt one of the rescues.

"I just think rescue makes the most sense," Rodney told PIX11. "I'm adopted myself so maybe that's how it works" she added with a laugh.

Walter, a 6-month-old Pyrenees mix, is one of the more social dogs. He may be one of the first to be adopted.

Most of the dogs will be available by the middle of the week from Animal Haven.

The Humane Society has helped save more than 800 South Korean dogs on farms since 2015.