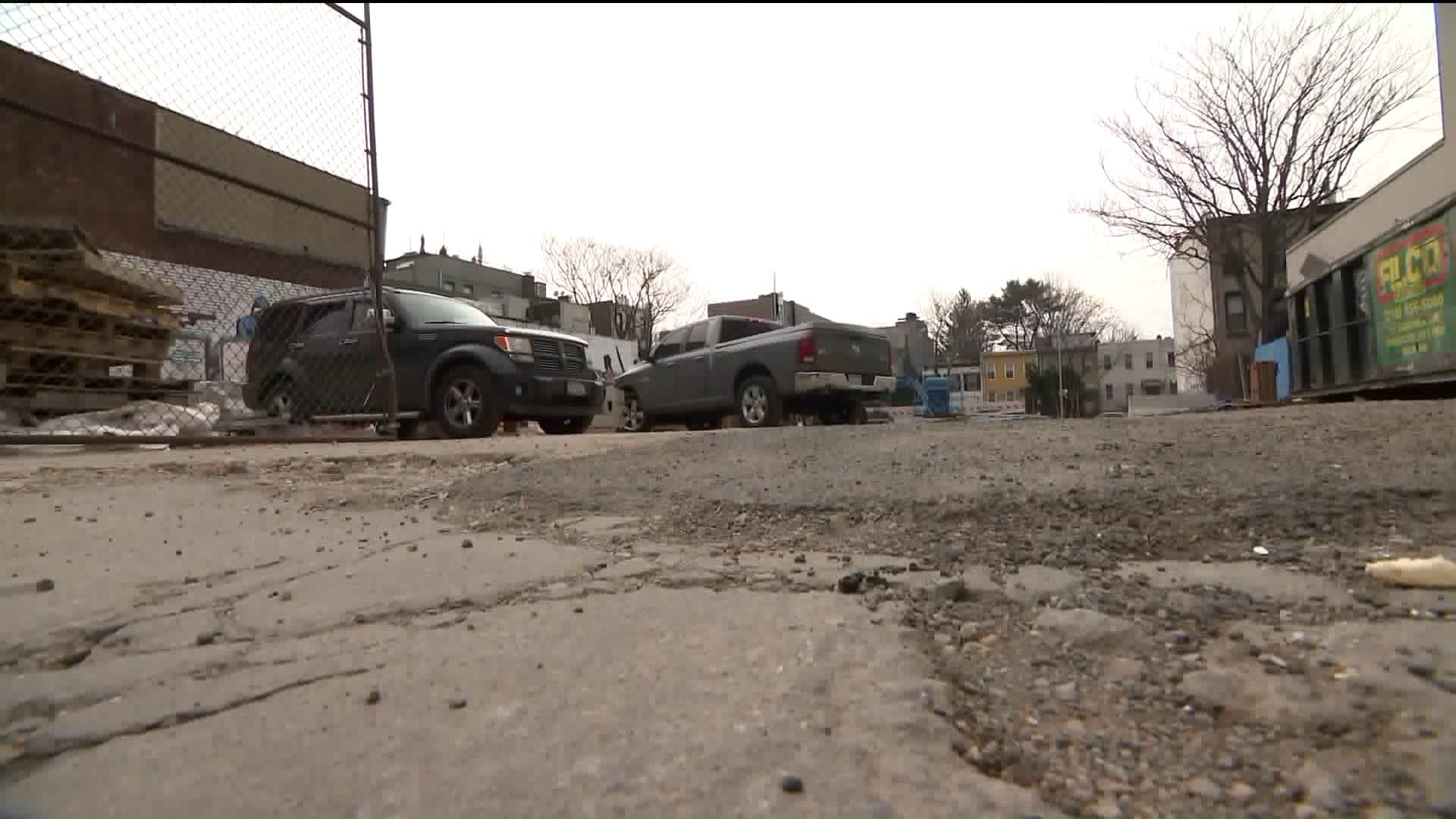 Some residents are calling for the city to excavate the property.

GOWANUS, Brooklyn — It looks like just another empty lot on the edge of Park Slope and Gowanus, but the construction site, which sometimes is a parking lot, might be final resting place for the soldiers from the Maryland 400.

The Maryland 400 is a group of American Revolutionary heroes who stopped the invading British troops just long enough for General George Washington to retreat to safety during the Battle of Brooklyn in 1776.

Noted Brooklyn historian Robert Furman said it's a definite possibility the site on Ninth Street between Fourth and Third avenues is where the heroes were buried.

"The state of New York has believed for many years that many of the Maryland heroes who died in the Battle of Brooklyn were buried here," Furman told PIX11 News.

Furman is trying to enlist the support of the knighted "Star Trek" and British-born actor Patrick Stewart, who now lives around the corner in Park Slope, to join the efforts of the preservationists.

They have been pushing for an archeological dig to look for the 240-year-old remains of American soldiers before the city builds a proposed school on the site.

"We owe it to those who died here," Furman said. "It would be a horrible travesty to find out they are buried here and then build on top of it."

To the veterans at the American Legion Michael A. Rawley Post 1636 right next door, it's a no brainer — dig up the lot in search of a mass grave and build a war memorial on the lot.

"They're all around, not just there," Ralph Leonforte, American Legion member, said.

"It's a honor for veterans gone by," John Lonergan lll, commander of the Legion Post, said.

"The Maryland 400 gave their lives and we'd probably be speaking British if it wasn't for them."

EDITORIAL NOTE: The artwork in this video, depicting "The Battle of Brooklyn," is copyright Mark Maritato. Used with permission. Visit his website for more information, at www.maritato.com