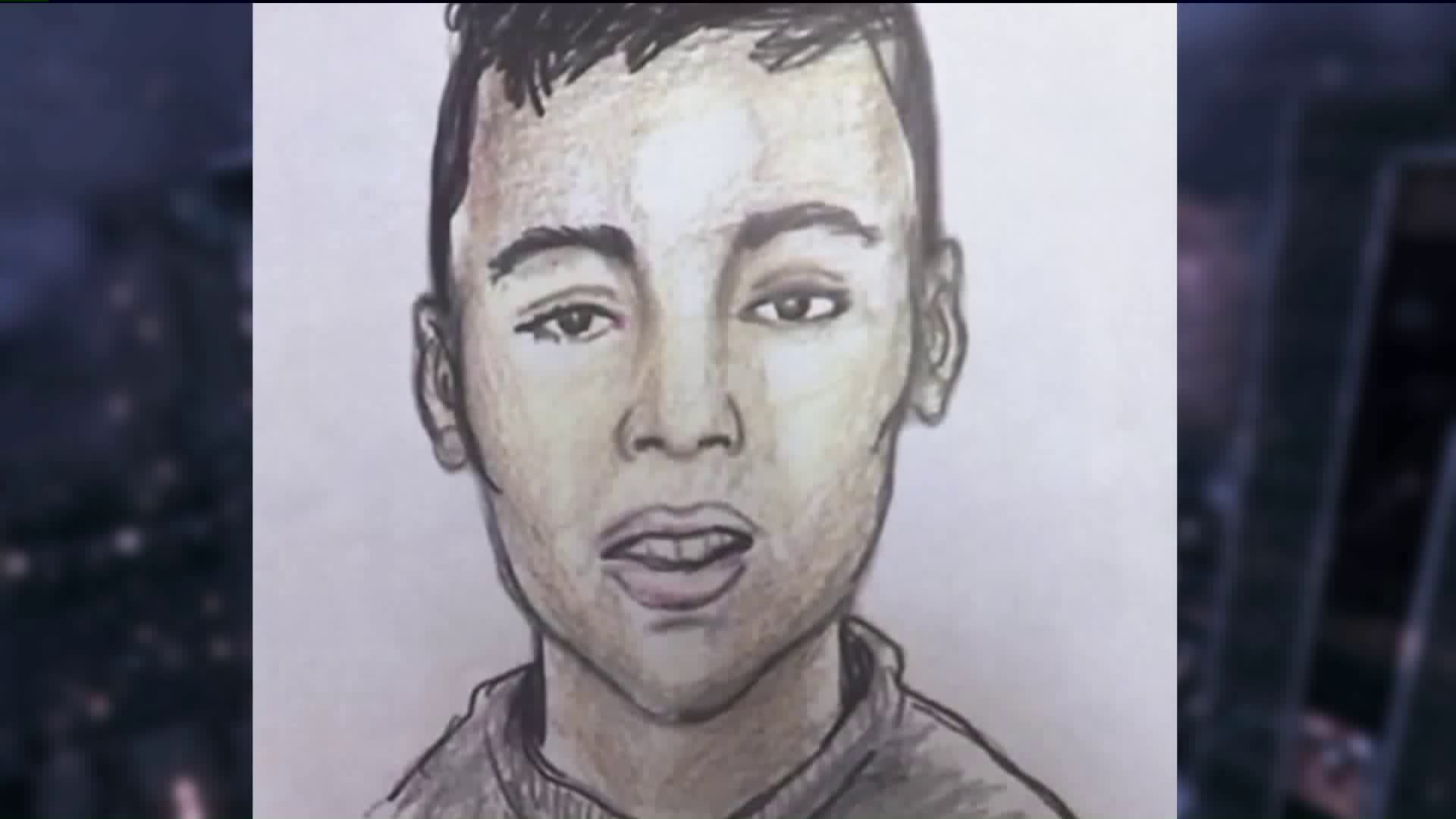 His death, which police said "appears to be suspicious in nature," was ruled a homicide.

MASSAPEQUA, Long Island — Police are looking to identify a man after his body was found in Massapequa Preserve.

A man walking his dog discovered the body near Seaview and Ocean avenues on Thursday, police said.

"He went to see what the dog was so bothered by, attracted to, and that's when he discovered the body," Nassau County Lt. Stephen Fitzpatrick said in a news conference.

The unidentified man's death, which police said "appears to be suspicious in nature," was ruled a homicide on Saturday.

There were cuts and bruises throughout the body. Police said the injuries appeared to be inflicted by "a large cutting instrument."

The body may have been left in the park in a densely wooded area for weeks, according to police.

A sketch was released of the victim. He is described as being a man in his early 20s. He was wearing a dark-colored American Eagle shirt with three buttons near the collar.

Police also released a photo of the shirt he was wearing.

A sketch of the man found dead in Massapequa Preserve, along with photo of the shirt he was wearing. His death as been ruled a homicide. (Nassau County Police Department)

Anyone with information on the incident is asked to call Crime Stoppers at 1-800-244-TIPS. All callers will remain anonymous.