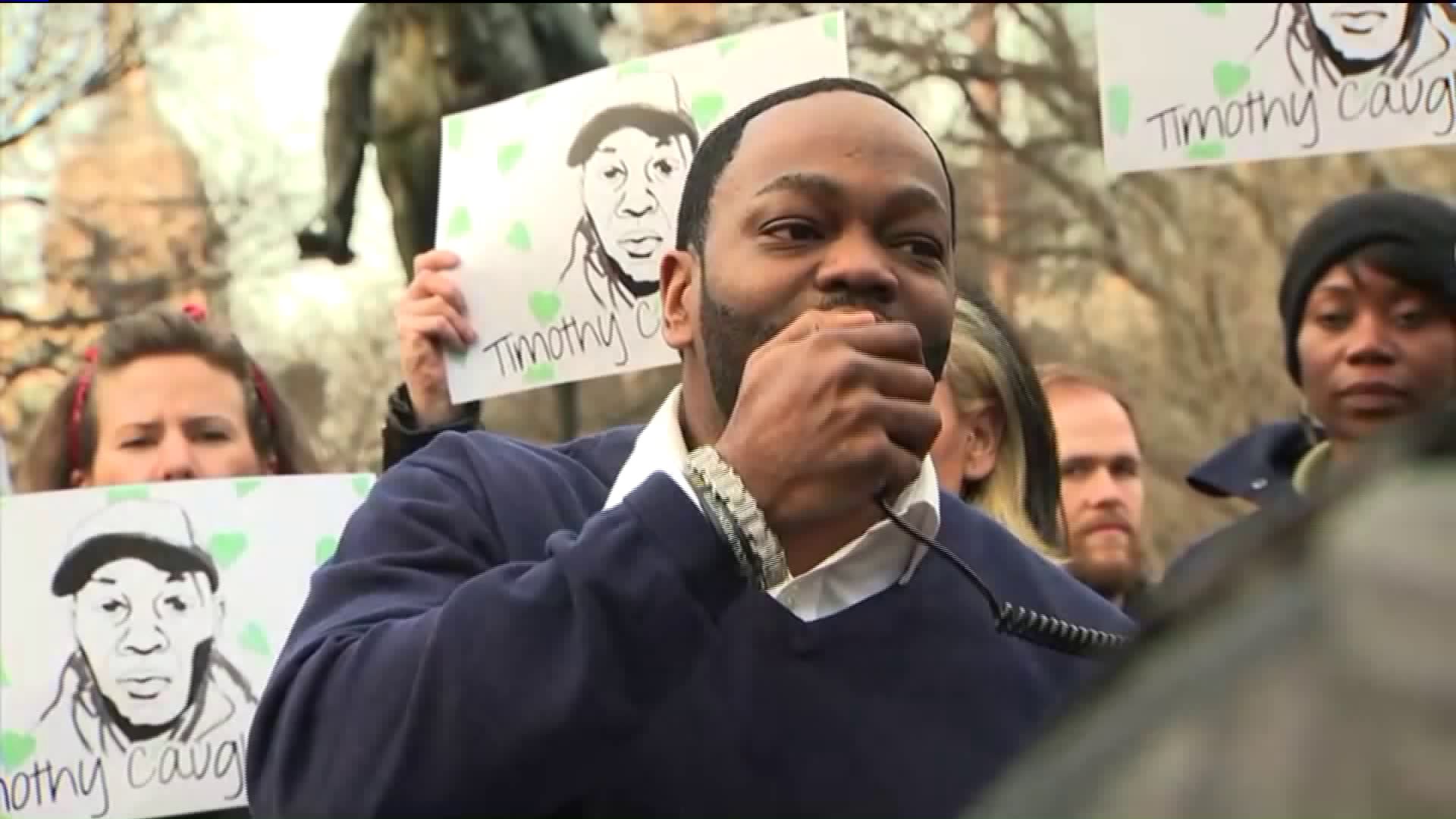 The man told police he was visiting NYC to "kill back men."

UNION SQUARE, Manhattan — A vigil was held Friday for the man who was fatally stabbed by an army veteran who allegedly came to New York City to "kill black men."

Hundreds gathered in Union Square for a vigil and march to honor Timothy Caughman's life.

"We’re here to just honor him and to make sure everybody is just saying his name," a man at the vigil said.

Caughman, 66, was collecting bottles from trash cans last week when James Harris Jackson came up to him and stabbed him in the chest and back, authorities said.

Caughman stumbled into the police precinct in Times Square, but it was too late. He later died from his wounds.

Neighbors who knew Caughman called him "Big Tim" and "The Can Man." Those sentiments were expressed on the sheet of paper that were placed on top of a simple box with candles inside.

A curbside memorial was placed at the spot where Caughman was stabbed.

"His intent was to kill as many black men here in New York as he could," prosecutor Joan Illuzzi said on Thursday during Jackson's arraignment.

"The defendant was motivated purely by hatred."

Jackson, 28, turned himself in on Wednesday. He told police he traveled from his home in Baltimore to carry out the attack. He said it was just a practice run for a larger murder spree that targeted black men. Authorities said Jackson hoped to "make a statement" in the media capital of the world.

Jackson was in the Army from 2009 to 2012 and worked as an intelligence analyst, the Army said. Deployed in Afghanistan in 2010-11, he earned several medals and attained the rank of specialist. The circumstances of his discharge were not immediately clear; the Army withholds such details, citing privacy laws.