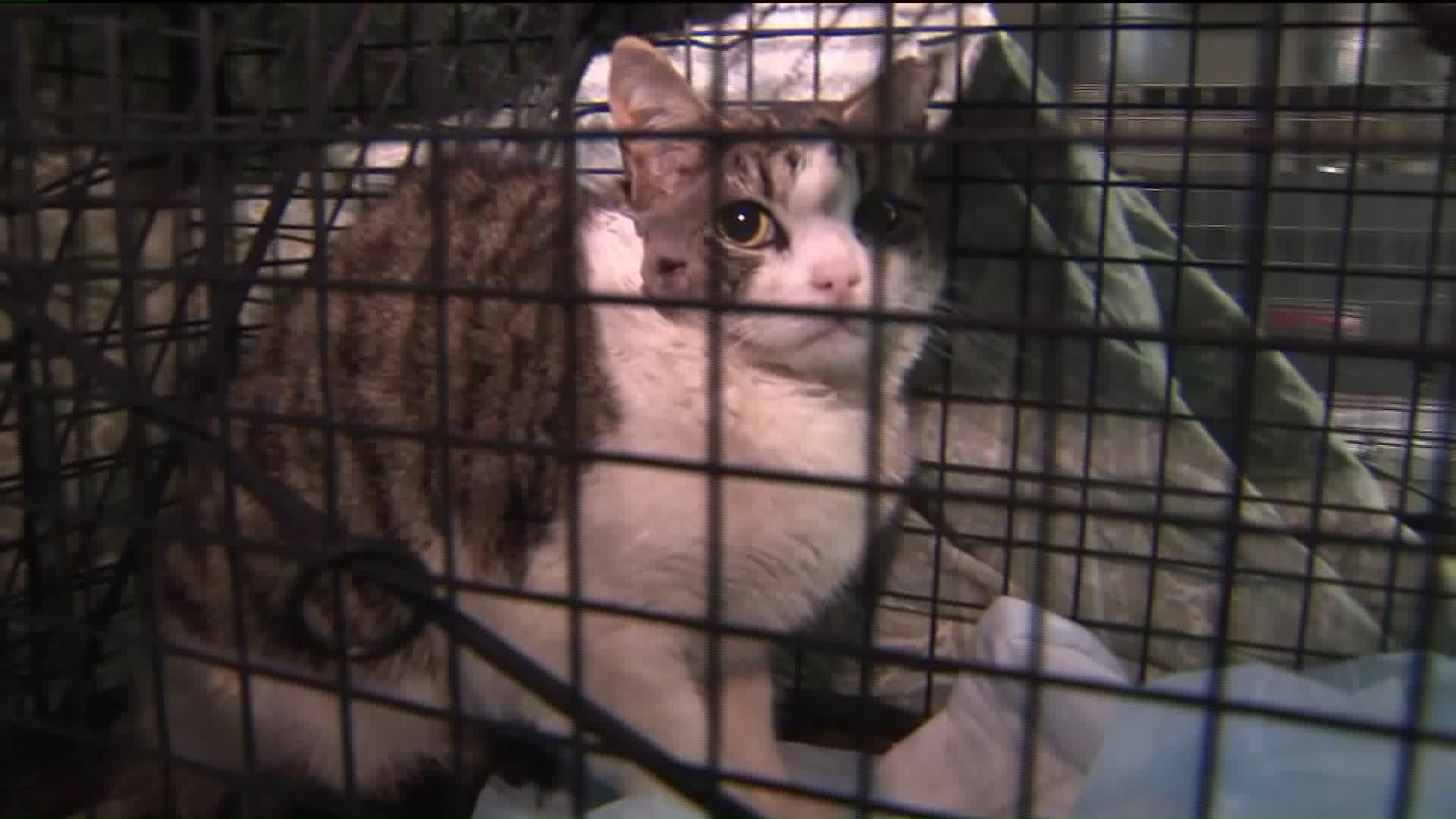 A cat is recovering after having a metal arrow removed from her face.

WARNING: This video contains graphic images that may be disturbing. Viewer discretion is advised.

GERRITSEN BEACH, Brooklyn — A $2,500 reward has been posted for the arrest and indictment of whomever shot an arrow through the face of a feral cat that was found wounded and wandering the streets of Brooklyn last week.

The cat, named Whitney by her rescuers, was shot by a crossbow, the arrow of which was lodged in the animal's cheek, officials said.

NYPD's Crime Stoppers offered the reward Friday. Anyone with information in the case is urged to call 1-800-577-TIPS (8477).

A passerby spotted Whitney the afternoon of March 17 near Frank Court in Gerristen Beach.

Tara Green, a member of Brooklyn Animal Action, took the cat to a veterinary hospital in Cobble Hill. She said it's "unthinkable" that someone could treat an animal that way.

"I was crying," Green told PIX11 News at the time.

"She's very lucky. Just one centimeter over she could've been dead. It missed her eye's arteries," said Dr. Justin Lam, with Veterinary Emergency and Referral Group.

The cat is believed to be between 3 and 4 years old. She'll be monitored while she finishes antibiotics before it's determined whether Whitney can be adopted. If not, she'll be returned to her colony.