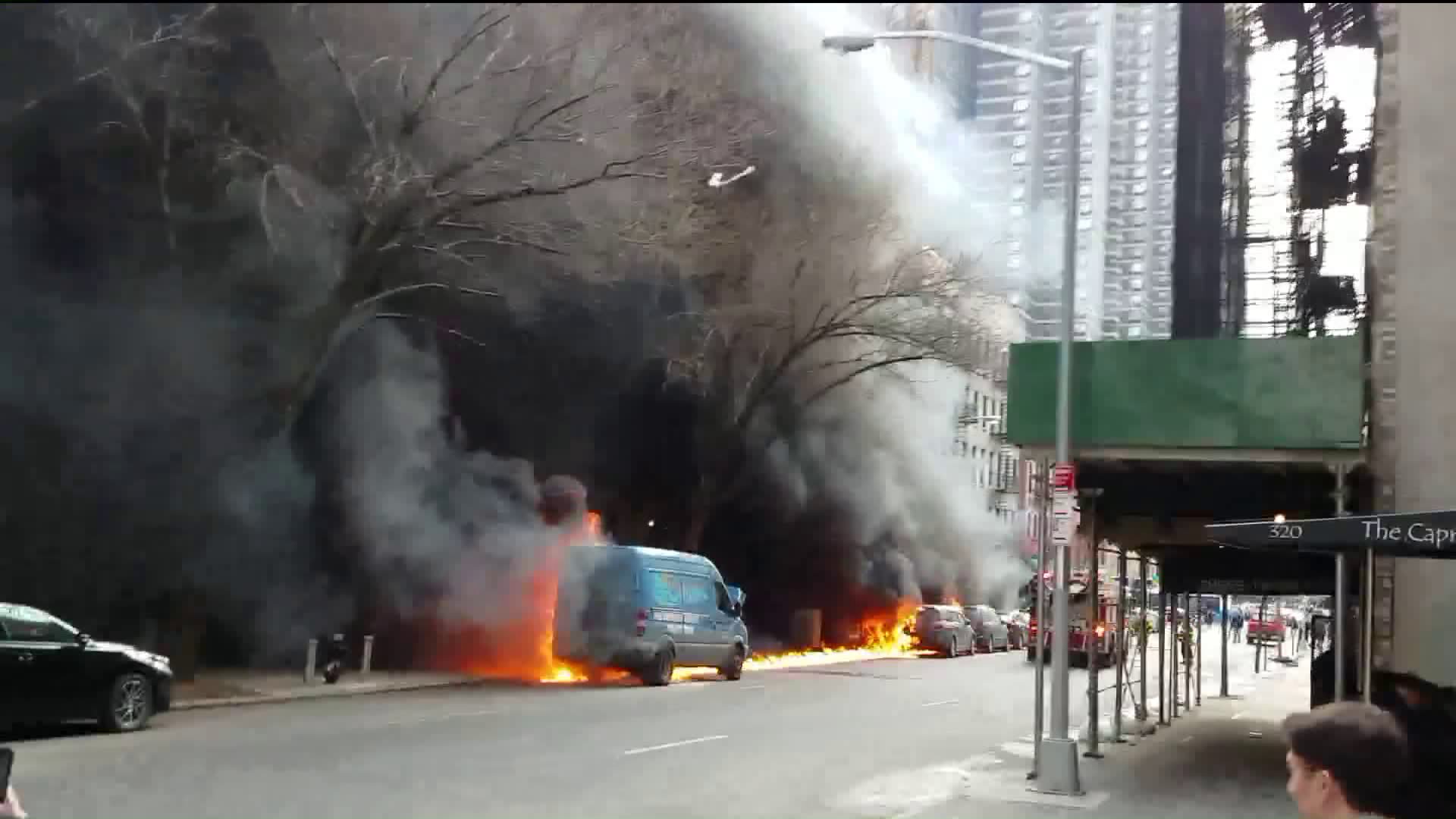 The driver was arrested for operating the vehicle without a license, police said.

The fire appeared to have started from a Golds Plumbing truck parked on East 58th Street between First and Second avenues, officials said. Flames then spread to a line of cars parked ahead of that van.

The work van had a mechanical problem and began leaking fiery fuel.

Mike McNenny was watching the scene unfold from his seventh-floor apartment. He captured video showing a river of fuel, spreading flames to at least eight cars as it flowed down the street. At times, small explosions were heard.

"I couldn't even see across the street," he said.

It happened about 9 a.m. Firefighters took about 30 minutes to get the blaze under control, FDNY said. No one was hurt.

Residents and witnesses praised fire crews for their fast work.

Early in the afternoon Friday, the damaged cars were being towed away from the scene.

The driver of the plumbing van was arrested for operating the vehicle without a license, police said.