Double amputee Marine becomes Suffolk County cop, but is no stranger to being a hero 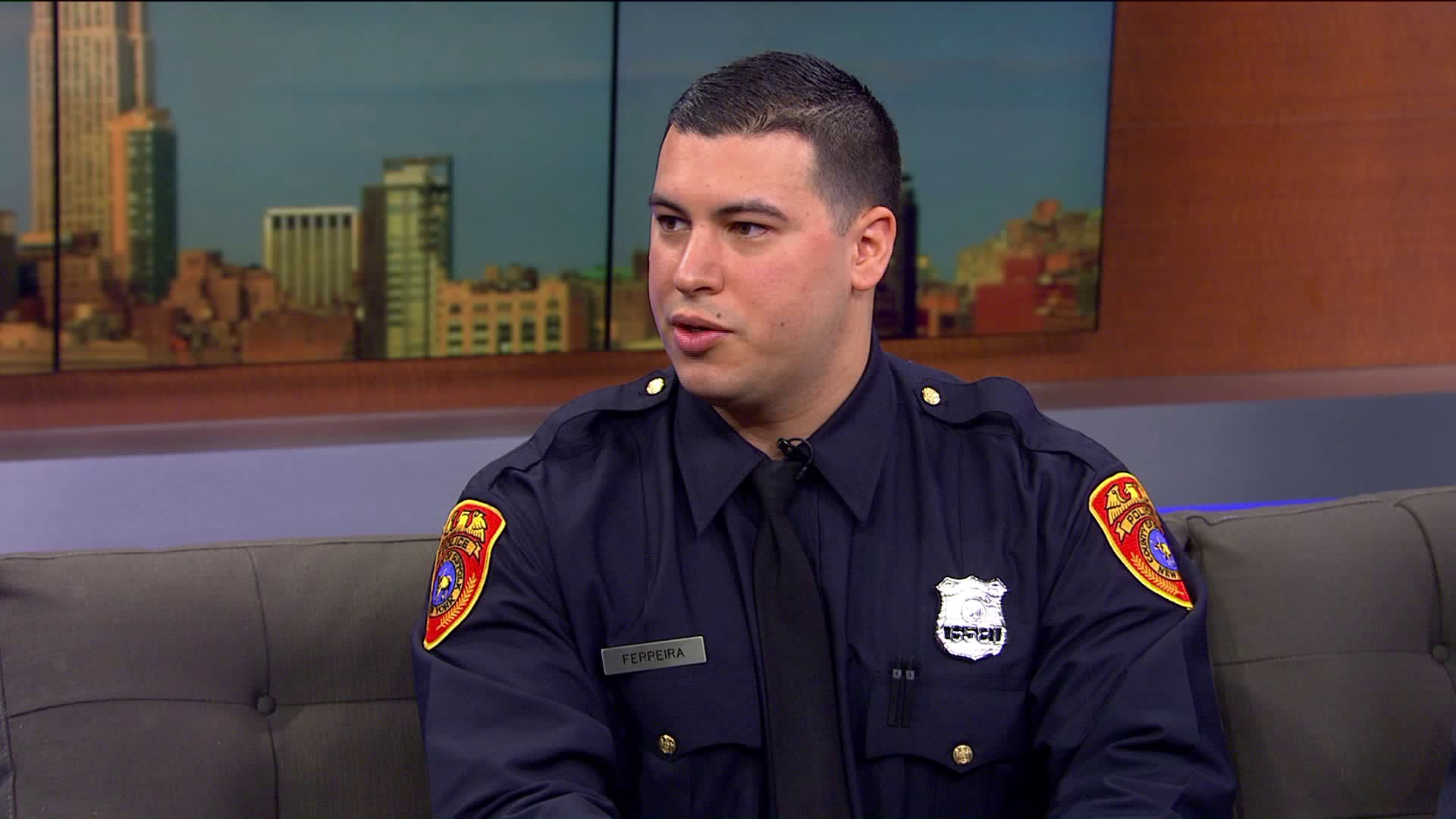 Six years and two months after he lost both legs in combat in Afghanistan, Matias Ferreira has not only become one of the world`s first double amputee police officers, he`s done so in a major way. Now he`s talking to PIX11 about his journey. 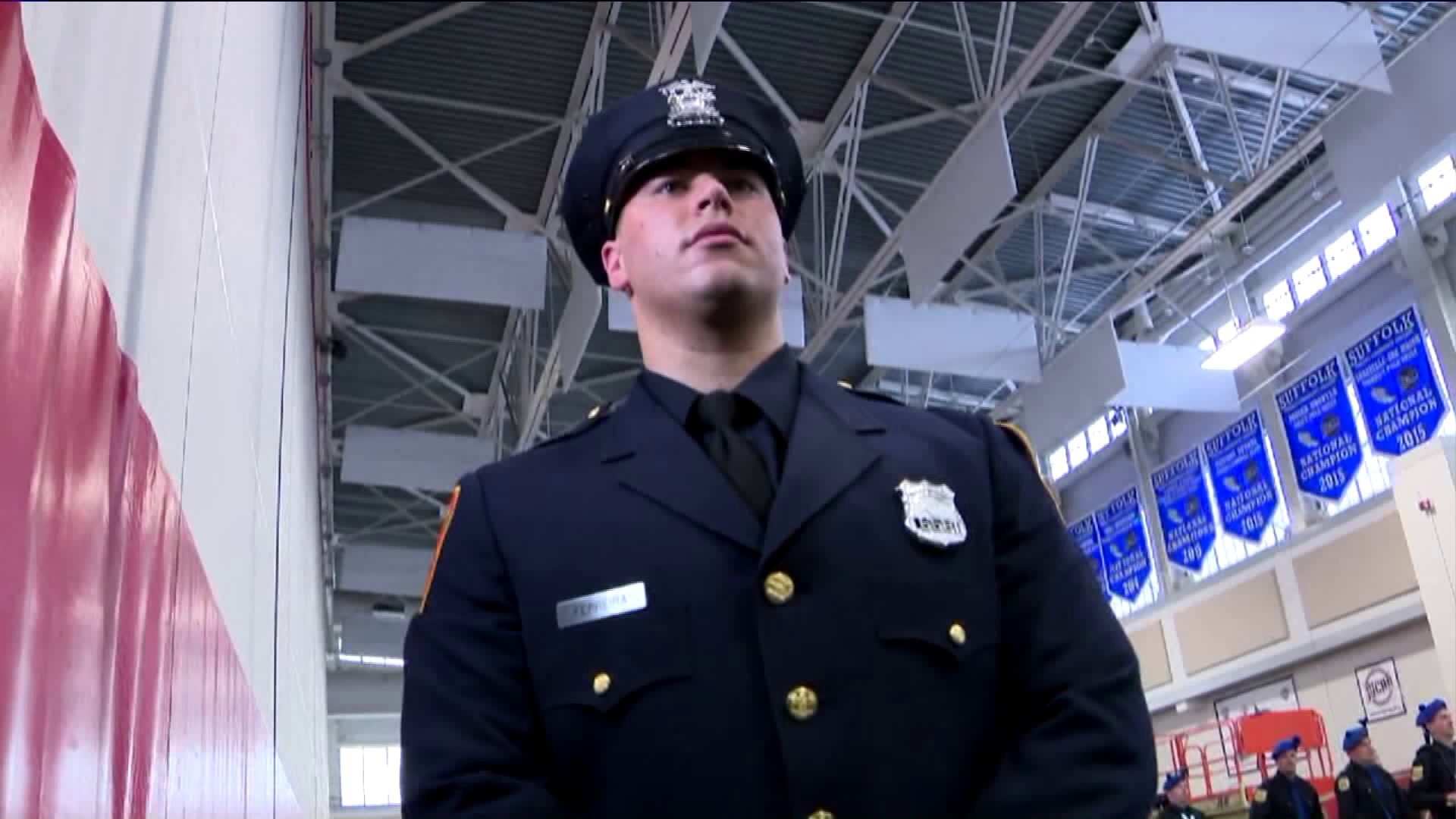 NEW YORK — Six years and two months after he lost both legs in combat in Afghanistan, Matias Ferreira has not only become one of the world's first double amputee police officers, he's done so in a major way.

He was elected president of his police academy class that graduated Friday afternoon, after having been selected to be a platoon leader for the Suffolk County Police Academy class, one of the largest ever, and that's just a small part of his remarkable story.

Ferreira was 6 years old when his family emigrated from Uruguay, in South America, to the United States. He's been a skilled athlete ever since.

"He played soccer, and semiprofessional football in Georgia," his father, Raoul Ferreira, said from the bleachers at the police academy graduation ceremony.

In fact, sports were the thing that altered Ferreira's life the most after his injury. While playing on a select softball team for amputees that toured the U.S., he was at an event in Medford, Long Island. There, he met a woman who would become his wife.

That was five years ago.

Since then, he relocated from the southeast U.S. to Long Island, where his in-laws live, took the Suffolk County Police Department, or SCPD, qualifying exam, on which he got a perfect score. He and his wife, Tiffany, also had a baby daughter, who's now 2 1/2 years old.

"I think its an incredible story," Officer Ferreira said in an interview with PIX11 News," and I'm honored you want to share it."

Ferreira, 28, is one of "the few, the proud," as the Marines' slogan goes. As of his police academy graduation on Friday, however, he proudly placed himself among the very, very few: double amputees who are police officers. Ferreira knows of only one other, nationwide. He said that there's also a double amputee who is a state trooper in the western U.S.

For all of the SCPD Police Academy graduates, the route to completion of their training was not easy. It required seven months of intensive training in the gym, in classrooms, and even in swimming pools.

Ferreira turned down all offers for special treatment during his time at the academy. "It's like the good old saying," he said, "that what matters is when nobody's looking."

His wife, Tiffany, said that Ferreira's story of overcoming adversity is particularly compelling because of its universality. "He took an obstacle and scrunched it," she told PIX11 News. His ability to do that, she said, was broadly inspiring, "because everybody has an obstacle in their life."

As for any potential future obstacles, the man who was elected president of his police academy class is poised to overcome them.

Ferreira is no stranger to heroism, by the way. Two years ago, he made headlines for saving a baby from a burning car.

On Friday, he said that the key to his success and survival is the motto "Life without limbs is limitless.”

What that means in practical terms, Ferreira said, is, "You get injured and you get back on your feet and keep on going. You've got to be positive."