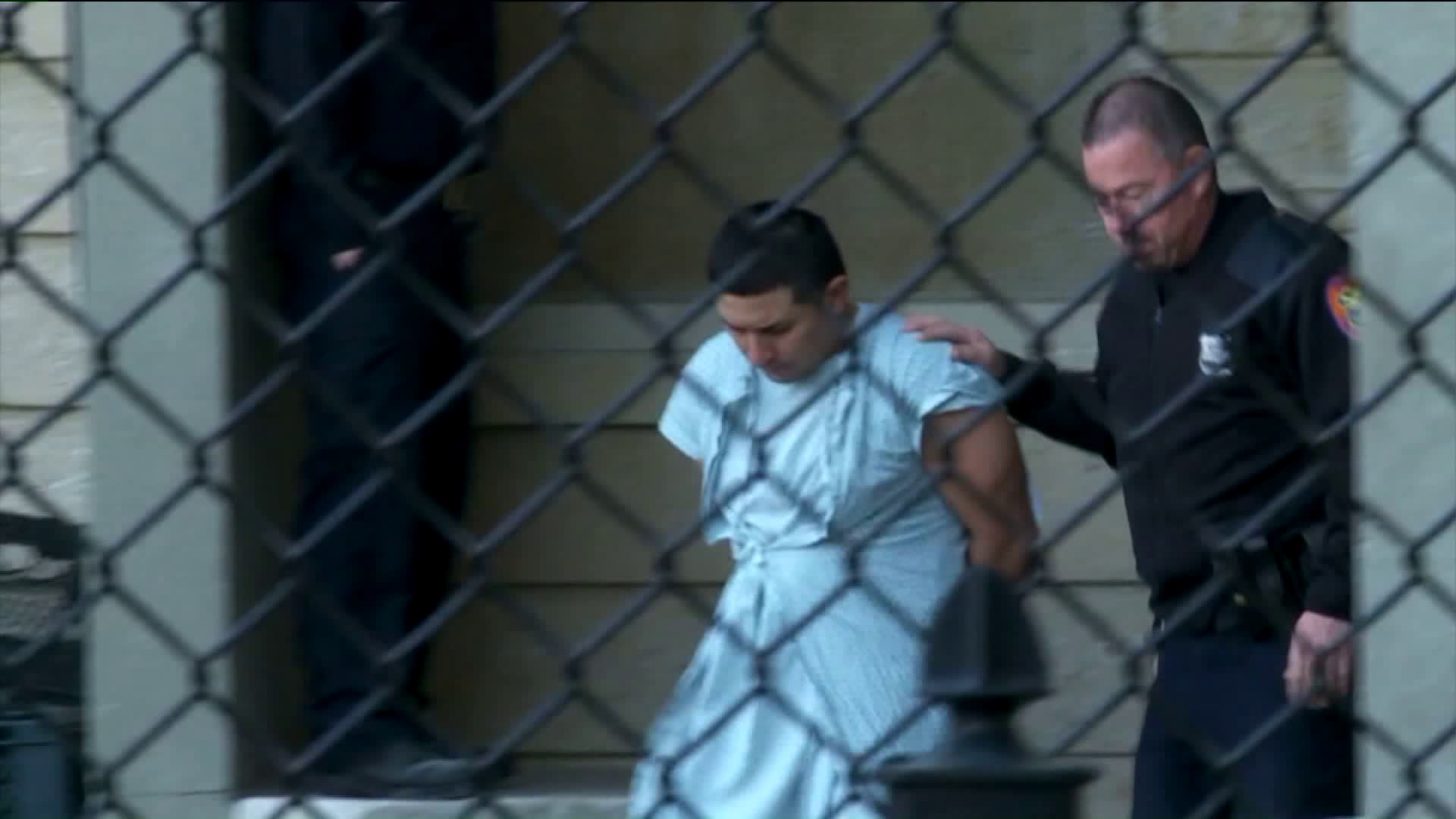 HEMPSTEAD, Long Island — A man has been arrested on suspicion of sexually assaulting a 2-year-old, stabbing a woman and later stabbing the child's mother, before being found asleep at a Hempstead home, police said Thursday.

Tommy Vladim Alvarado-Ventura is accused of sexually assaulting a 2-year-old, and stabbing her mother, as well as a second woman. He was arrested on March 22, 2017. (Nassau County Police Department)

The overnight ordeal began at about 11:30 p.m. Tuesday when Tommy Vladim Alvarado-Ventura, 31, was at the Long Island home he shared with his girlfriend.

His girlfriend's two children, a 2-year-old girl and 4-year-old boy, were also in the home, and were being watched by another tenant while their mother was at work.

The 2-year-old was heard crying as Alvarado-Ventura left the residence around 12:30 a.m., police said. It is not clear if the alleged sexual assault occurred within the previous hour.

Alvarado-Ventura then went to El Mariachi Loco bar, where he began arguing with a woman, 24, over the purchase of marijuana. It was about 2:20 a.m., police said.

The woman left the bar, and Alvarado-Ventura followed her to the parking lot, where he punched, kicked and stabbed her multiple times, according to police.

Her lung collapsed due to the injuries, and she was hospitalized.

Alvarado-Ventura fled the scene and went home. His girlfriend returned at about 4:15 a.m. and saw that her daughter had suffered severe injuries.

Alvarado-Ventura and the child's mother began to argue, when he once again pulled out a knife and allegedly stabbed her multiple times.

"Despite her injuries, the victim was able to gather her children, leave the room and join the babysitter who resides in another area of the apartment," police said.

Police were called and when officers arrived, they discovered Alvarado-Ventura had fallen asleep.

He is expected to be arraigned Thursday.

The mother and 2-year-old have been hospitalized, and are in unknown condition.