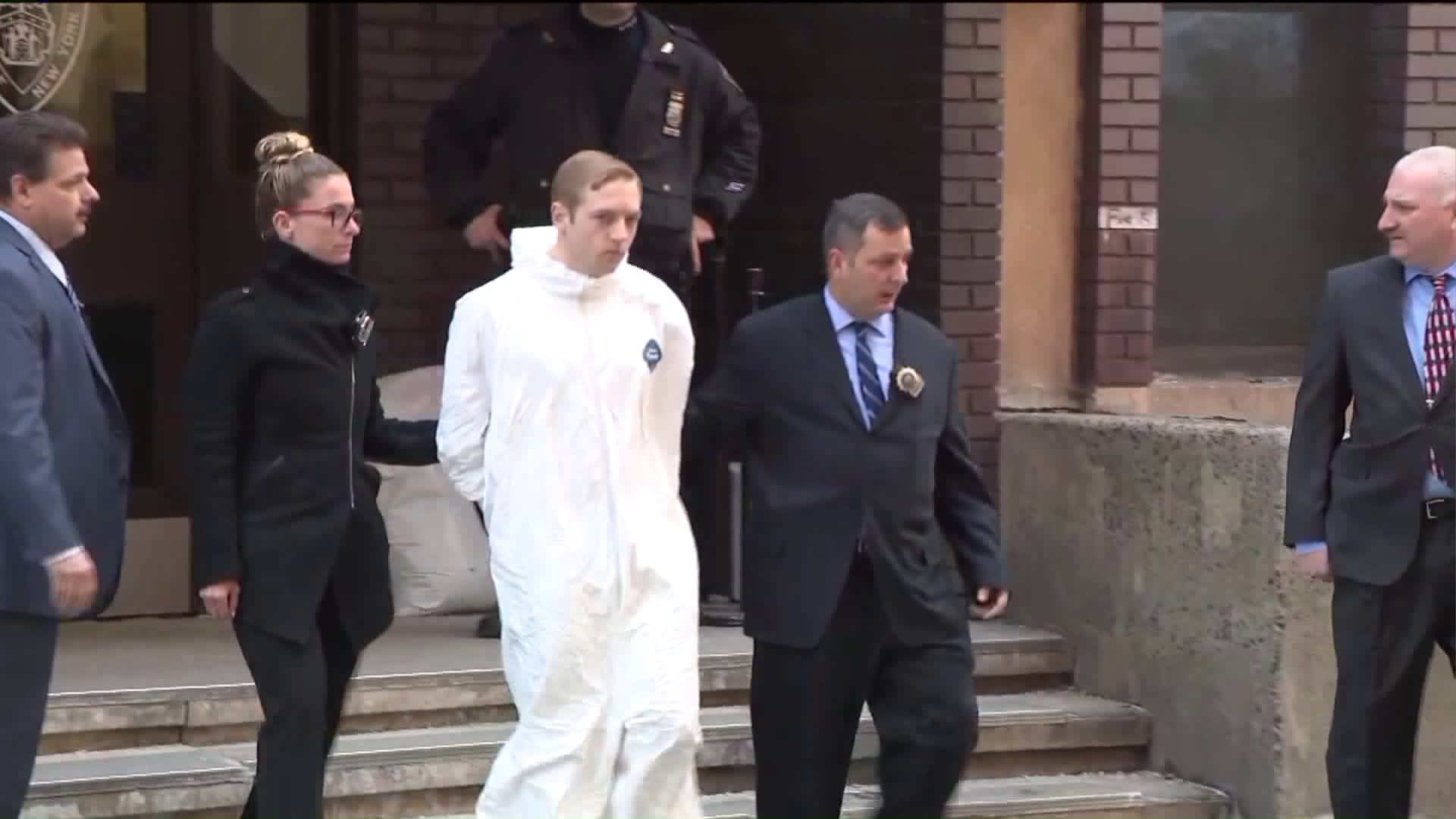 NEW YORK — An Army veteran accused of randomly killing a black man on the streets of New York by stabbing him with a sword was charged Thursday with murder as a hate crime.

“His intent was to kill as many black men here in New York as he could,” prosecutor Joan Illuzzi said as James Harris Jackson, 28, was arraigned in the slaying of 66-year-old Timothy Caughman. “The defendant was motivated purely by hatred.”

Authorities said Jackson traveled from his home in Baltimore last week, picking New York because he hoped to “make a statement” in the media capital of the world. He encountered Caughman, who was collecting bottles from trash cans, and stabbed him in his chest and back, authorities said.

He turned himself in at a Times Square police station early Wednesday, a day after the wounded Caughman staggered into a police precinct. The sword was found in a trash can.

Illuzzi said the charges could be upgraded because the killing was an act "most likely of terrorism."

Jackson's lawyer suggested that his client might be suffering from mental illness.

"What we're going to do is take a few minutes, let the dust settle and figure out what the facts are," defense attorney Sam Talkin said outside court. "If the facts are anything near what the allegations are, then we're going to address the obvious psychological issues that are present in this case. "

Jackson told police he had harbored hatred toward black men for at least 10 years, authorities said.

Jackson was in the Army from 2009 to 2012 and worked as an intelligence analyst, the Army said. Deployed in Afghanistan in 2010-11, he earned several medals and attained the rank of specialist. The circumstances of his discharge were not immediately clear; the Army withholds such details, citing privacy laws.

According to Caughman's Twitter page, he was an autograph collector and a music and movie lover who tweeted about John Lennon and Chuck Berry.