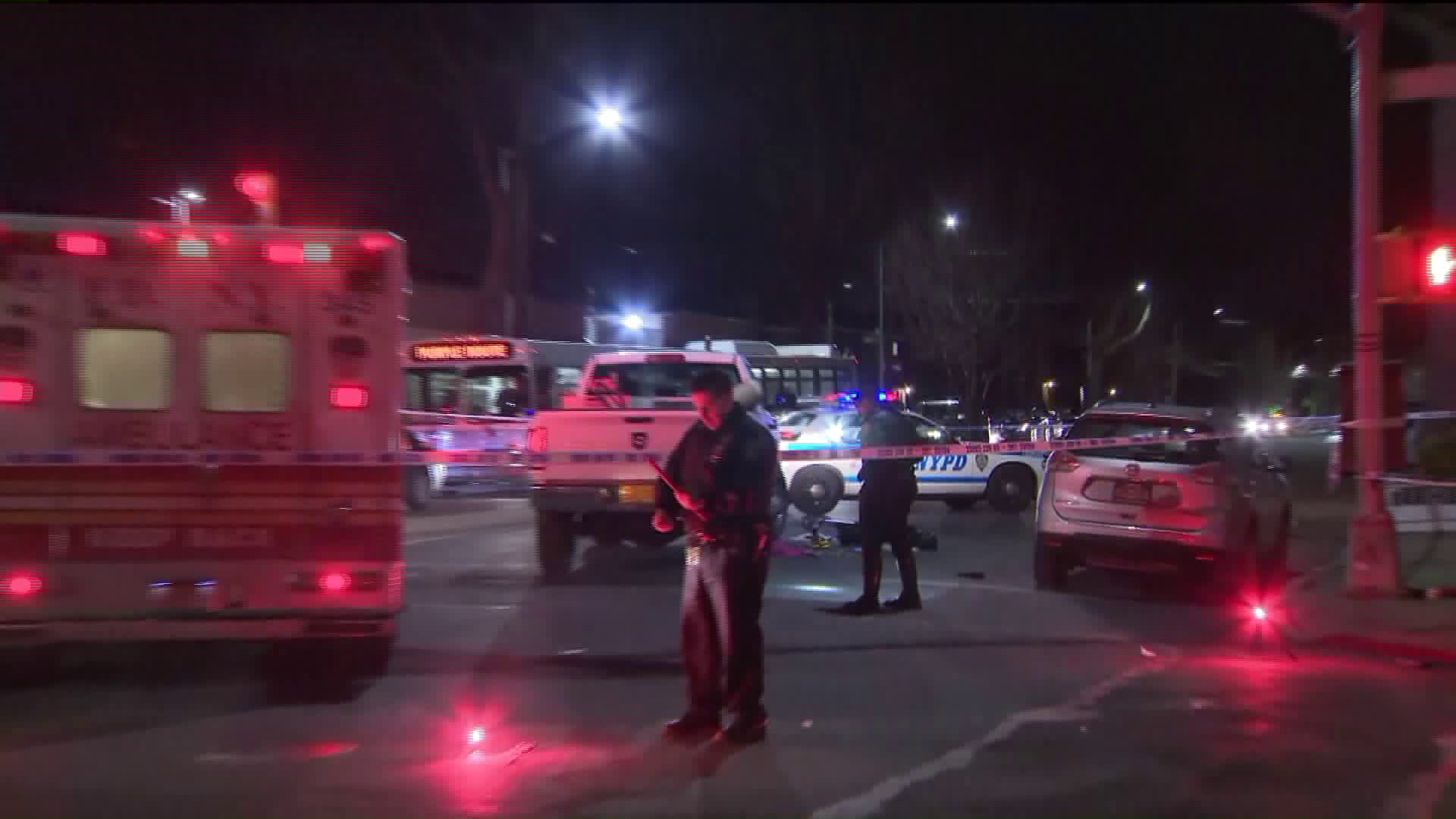 The baby, who was approximately a year old, was pronounced dead at Elmhurst Hospital.

EAST ELMHURST, Queens — A 1-year-old baby has died after being struck by a pickup truck in Queens Thursday evening.

It happened around 8:40 p.m. at the intersection of 94th Street and 23rd Avenue in East Elmhurst.

Police say the mother was pushing the baby in a stroller crossing the 23rd Avenue in the crosswalk when the stroller was struck by a white Dodge Ram truck.

Detectives in the area rushed to try and save the child, but were unable to.

The baby was pronounced dead at Elmhurst Hospital.

The driver of the truck remained on the scene. An investigation is underway.

Scene in East Elmhurst where a baby in a stroller was fatally struck. (Nick Devita/PIX11 News)