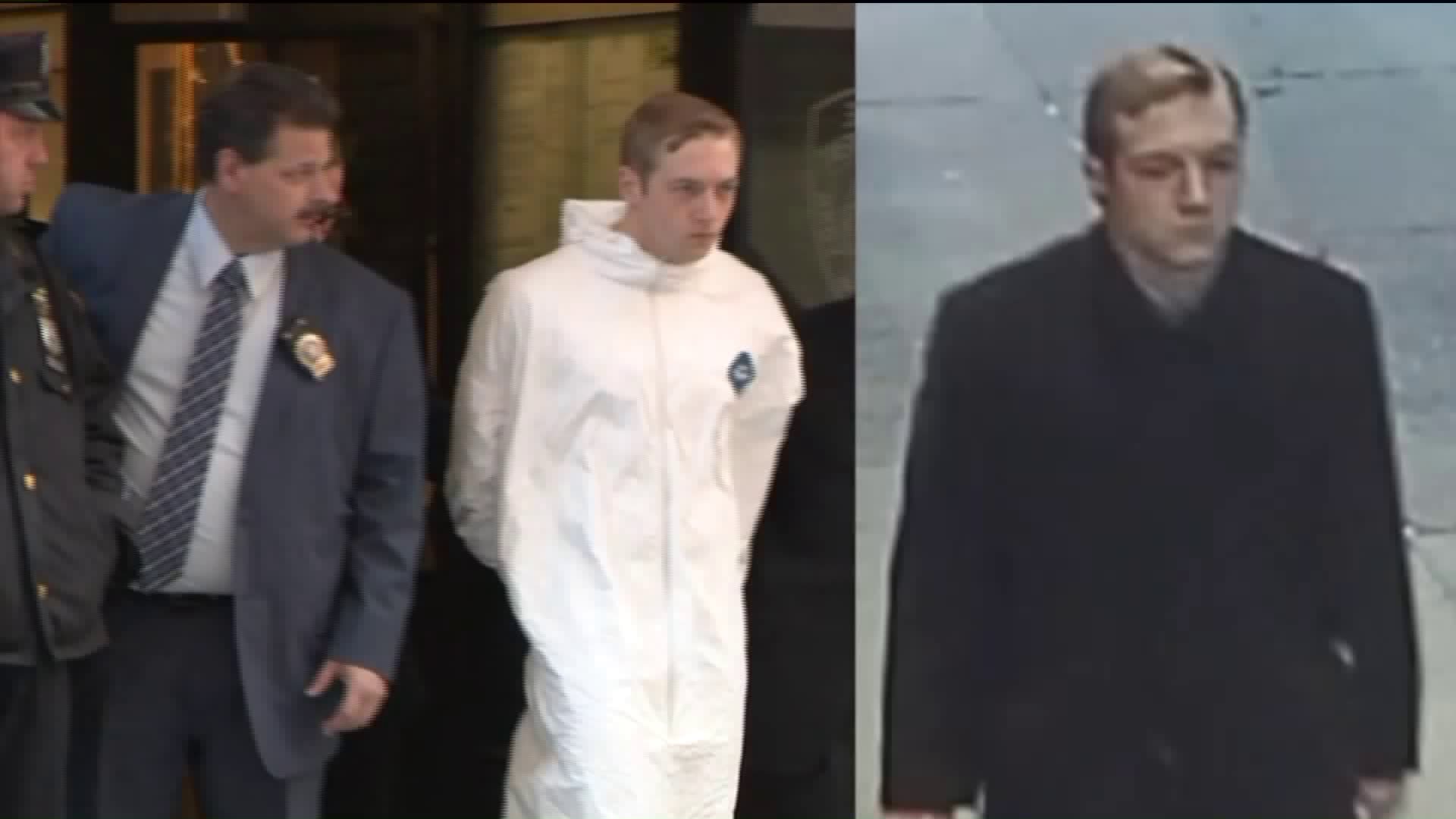 He allegedly took a Bolt Bus to Manhattan Friday to carry out the crime. 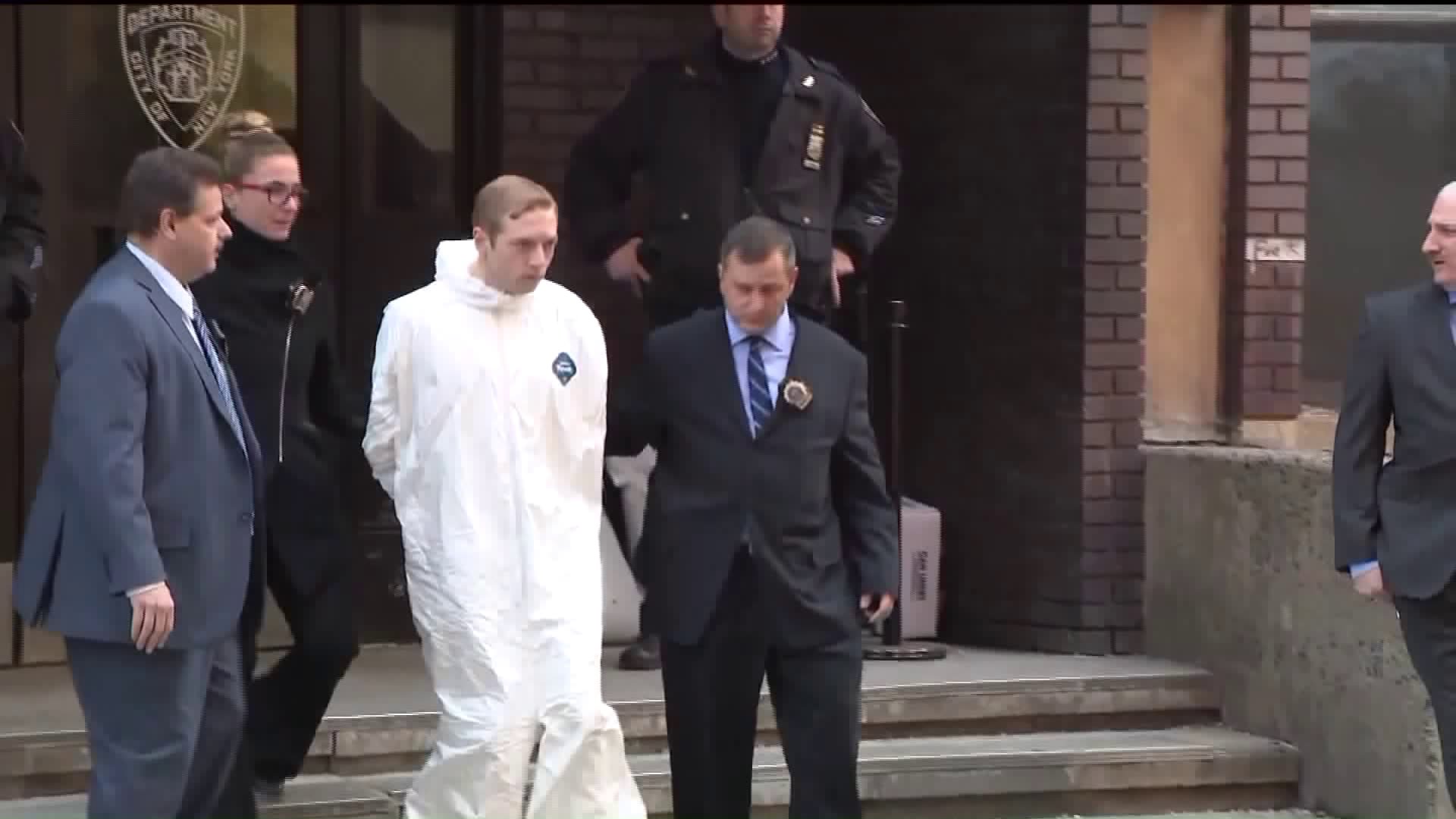 MIDTOWN, Manhattan — Police say a man came up from the Baltimore area to New York with one thing in mind: Make a statement in the media capital of the world by killing black men.

James Harris Jackson, 28, took a Bolt Bus on Friday to Manhattan, police said Wednesday. He found his victim Monday night  — Timothy Caughman, 66, who was rummaging through the garbage outside 462 Ninth Ave. when the suspect allegedly stabbed him.

The victim walked into the Midtown South Precinct, which was nearby, profusely bleeding. He was rushed to the hospital where he later died.

Police released a video of Jackson to the media Tuesday night.

A 26-inch sword police recovered from the suspect in a Hell's Kitchen fatal stabbing. (NYPD)

After seeing his photo on the news, Jackson turned himself in, police said.

Police say Jackson was carrying the wanted flier featuring his photo when he walked into the police station. He told officers: "I'm the person you're looking for."

Jackson told police he had several knives on him.

Police found a 26-inch black sword on the suspect, which they believe is the murder weapon.

Police say his trip to New York City was racially motivated and he had been "harboring feelings for quite some time."

Jackson, who previously served in the military, may have had these feelings for up to 10 years, police said, without elaborating.

He has been charged with murder in the second degree.

As the investigation continues, official may upgrade to hate crime related charges, bringing up the murder charge.