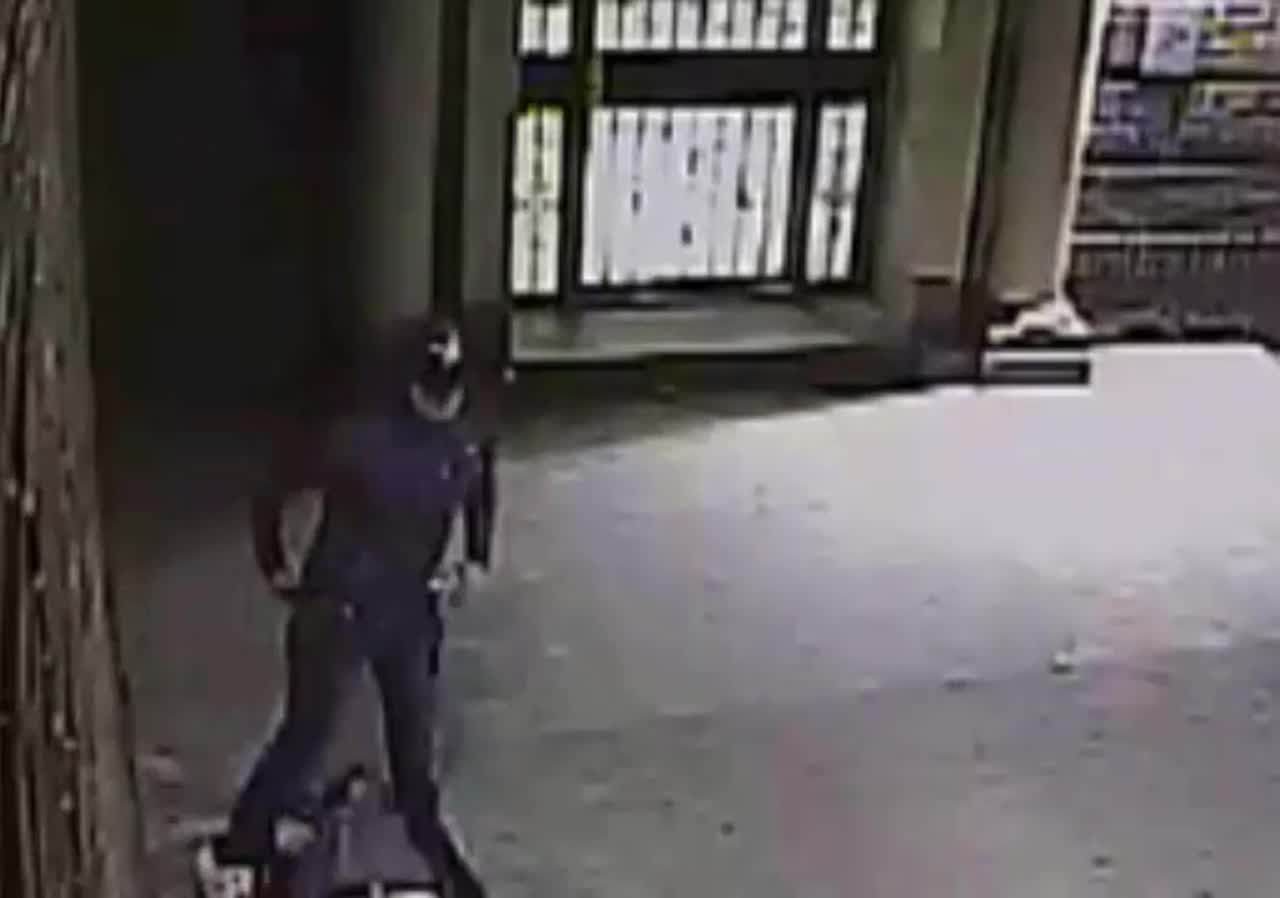 Police on Wednesday released video of a man being put in a chokehold and falling unconscious before being robbed in Queens.

JACKSON HEIGHTS, Queens — Police on Wednesday released video of a man being put in a chokehold and robbed in Queens earlier this month.

Police say this person put a man in a chokehold and robbed him in Queens on March 6, 2017. (NYPD)

The victim, 49, was approached from behind near Junction Boulevard and 34th Road, bordering Jackson Heights and North Corona, on March 6 around 3:31 a.m., police said.

The attacker placed his victim in a chokehold until he became unconscious, police said. He then stole the victim's wallet, watch and jewelry.

The victim suffered a laceration to the back of his head, but refused medical attention, according to police.

Police continue to search for the attacker. He is described as 25 to 30 years old, standing 5 foot 9 inches tall, with a medium build; last seen wearing sweat pants, a blue jacket and white sneakers.