Immigrants in the ranks make U.S. Navy the best in the world, sailors say 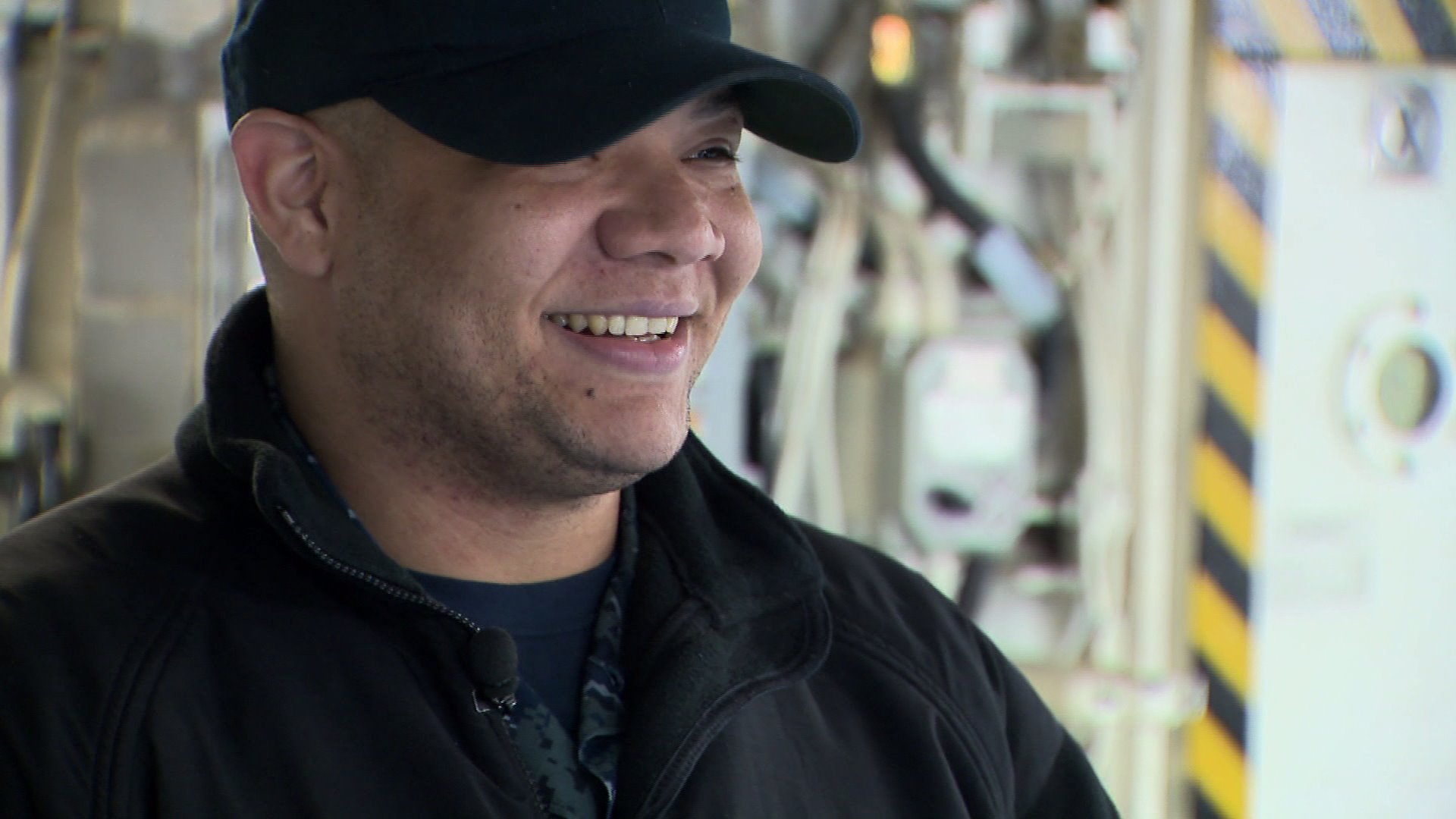 In the U.S. Navy, one of every 13 sailors is an immigrant. Among sailors from New York aboard the U.S.S. Dwight D. Eisenhower who spoke to PIX11, that ratio is much higher.

NORFOLK, Va. — If it weren't enough to work 18-hour days under extreme, life-threatening conditions for months at a time in far-flung locations across the globe, imagine doing all of those things, in the name of our country, when you weren't even born here.

That's the case for a surprisingly large number of New Yorkers who've enlisted in the U.S. Navy.

One of every 20 or so people who enlist in any of the U.S. military services is foreign-born. In the U.S. Navy, however, one of every 13 sailors is an immigrant, and among sailors from New York on board the U.S.S. Dwight D. Eisenhower who spoke with PIX11 News, the ratio is much higher.

"I noticed there was a lot of people from other countries," Lt. Michael Leone said about when he first joined the Navy, more than 20 years ago.

He is a native New Yorker, born and raised in the five boroughs, and is favorably impressed by the strong presence of immigrants among the ranks.

"My two roommates on the ship," Leone said about his berth on the Dwight D. Eisenhower, or The Ike, "one was from Mexico, the other was from Jamaica, but," Leone added about the latter roommate, "he's also from New York."

When the subject was brought up to New York sailors aboard The Ike, reactions like that from Petty Officer Bryant Disla were common.

"I can't talk about that," he said politely.

However, on a related note, he was much more comfortable talking about his background.

"I was born in the D.R.," he told PIX11 News, referring to the Dominican Republic. "I was raised in New York. I came to New York City when I was 13 years old."

He obtained a bachelor's degree in criminal justice after attending high school in the city, but then faced challenges.

"I had a little job doing security in the Village," Disla said. "It was a dead end. I felt I had to do something more for myself. I did some reasearch about the military, its the best way to go. Here, there's a lot of room to grow."

He said that this is the reason he's so convinced of that: "I wanted to be an NYPD or corrections officer. It's pretty hard to get in. I waited five years. I got a call from the NYPD two days before I went to boot camp."

He chose the Navy after the Navy chose him.

Now, his goal is to turn his bachelor's degree into something more.

"Two years from now, I will be an officer in the United States Navy," he said.

The Navy provides training incentives for enlisted members to join the leadership of the officer corps, of which Disla, a foreign-born U.S. citizen, fully intends to take advantage.

His shipmate Airman Juan Franco, who directs and secures fighter jets on the deck of The Ike, has a similar story.

"I've lived in New York most of my life, since I was 10," said the 23-year-old Colombia native, who was raised in Bay Shore, Long Island. "I speak two languages, which is a help."

He said he appreciates that the Navy values that, as much as it values his skills as a specialist in ensuring aircraft get properly launched, landed and stowed.

"It's important," Franco said, "just because it helps everybody learn that the world is not how everybody might look at it."

Another foreign-born sailor assigned to The Ike described a difficult but rewarding transition into the Navy.

The Navy saw that this helicopter mechanic was very capable, and it stuck with him, despite his initial language issues. He quickly improved his English and ultimately trained to become a maintenance administrator.

Martinez said that the Navy's commitment to him was a further reminder of the meaning of the United States to the people who choose to call it home.

"It was amazing," he said. "It not only helped me, it opened my view of why we do what we do for the world. [It's] not like, 'Why are doing this?' I understood why and I was a part of it."

As a result, the 18-year veteran of the U.S.S. Dwight D. Eisenhower said, the words of another president guide him, daily.

They are Martinez's touchstone.

"I took that as my mentality about immigration and everything," he told PIX11 News. "It's great because I took my country and I fought for it, and I will until the end of my days."