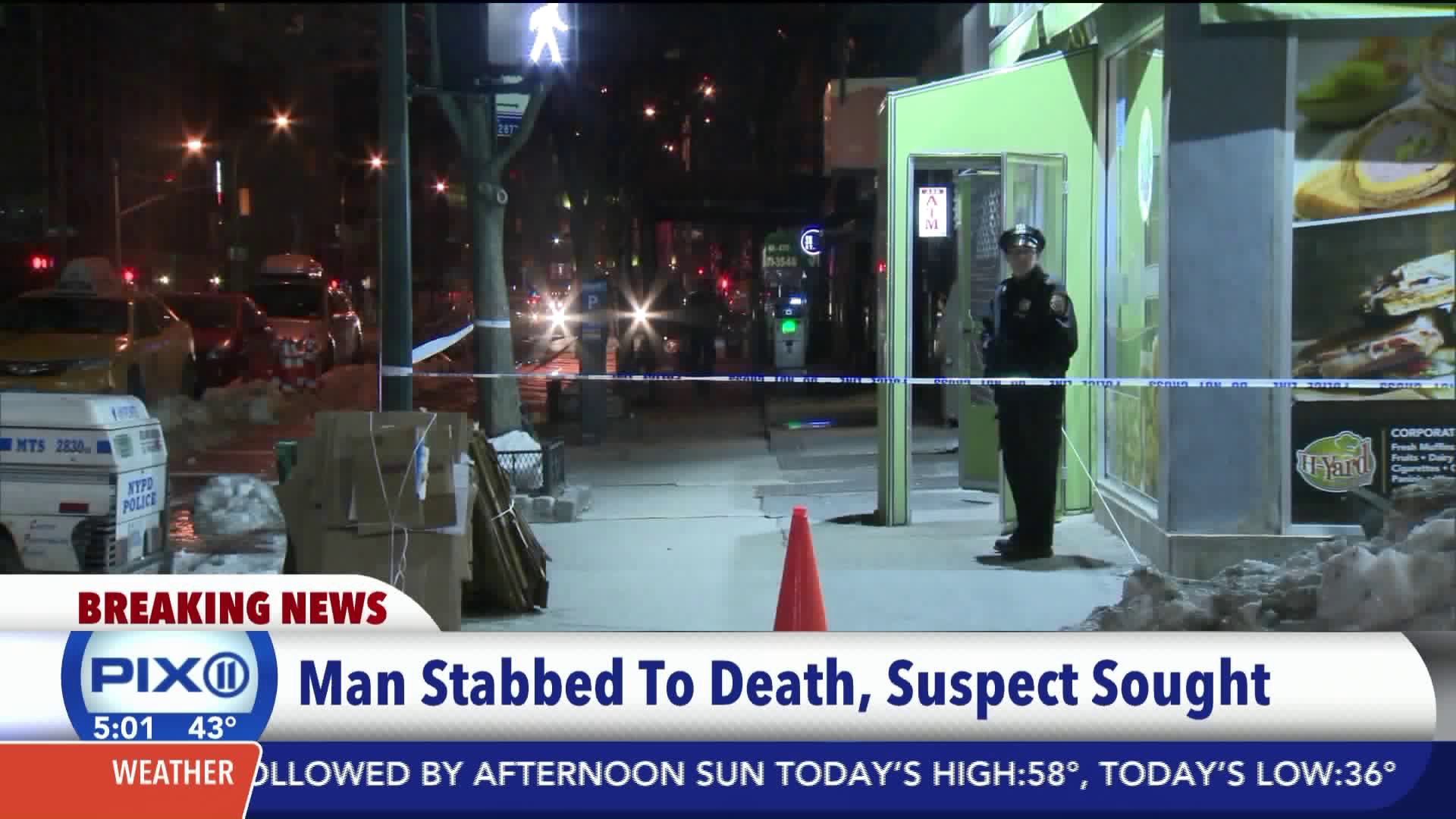 A 66-year-old man who was stabbed walked into the Midtown South Precinct before succumbing to his injuries.

HELL'S KITCHEN, Manhattan – The NYPD has released a video and photo of the suspect accused of stabbing a man in midtown Monday night.

Police say the man, 66, bleeding from multiple stab wounds in his chest and back walked into the midtown south precinct around 11:30 p.m. where he collapsed.

Investigators say the stabbing was a result of a dispute between the suspect and the victim near the southeast corner of West 36th Street and Ninth Avenue, though it's unclear why the pair fought and what sparked the violence.

The person of interest is described as a man with blonde hair; last seen wearing a black coat, brown shoes and dark colored pants.

The public can also submit their tips by logging onto the Crime stoppers website at WWW.NYPDCRIMESTOPPERS.COM or by texting their tips to 274637 (CRIMES) then enter TIP577. All calls are strictly confidential.