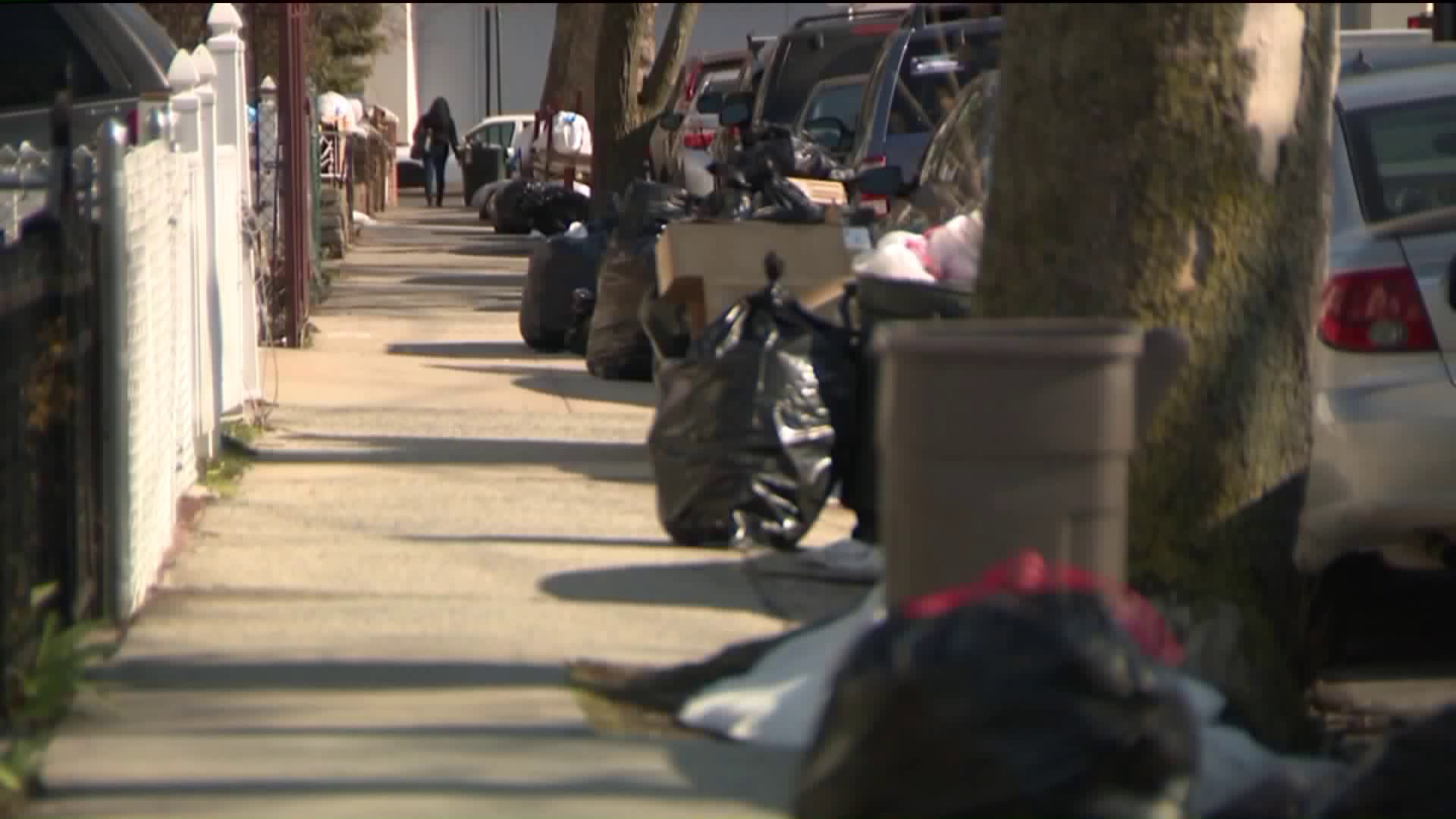 The snow is gone, but the garbage keeps piling up.

OLD MILL BASIN, Brooklyn — On this block of East 54th Street of Old Mill Basin residents pride themselves on keeping their homes, front lawns and sidewalks tidy but they say that's next to impossible when they've had no garbage pick up for close to 11 days now.

"I had no problem putting out my garbage," Steve Terruso, an Old Mill Basin resident, told PIX11 news. "They should have no problem picking it up."

It's the same problem throughout this neighborhood and residents on East 60th Street are worried about little creatures getting into their garbage.

"We have raccoons, cats, squirrels, we have it all," Elaine McMahon, an Old Mill Basin resident, told PIX11.

But the word from the New York City Sanitation Department is patience. Spokeswoman Kathy Dawkins telling PIX11: "Because of the difficulties posed by last week's icy snowfall and the following days of below freezing temperatures, DSNY missed three full days of garbage collections. Trying to catch up with that backlog while at the same time clearing 314,000 crosswalks, 14,000 bus stops and also handling the new day's garbage, is a daunting -- and time consuming -- challenge."

The DSNY spokeswoman says crews are working round the clock and that they hope to be caught up by midweek.

"Usually right after the snow they pick up everything," Ms. Ryan said. "Hopefully, that will happen tomorrow," she added.