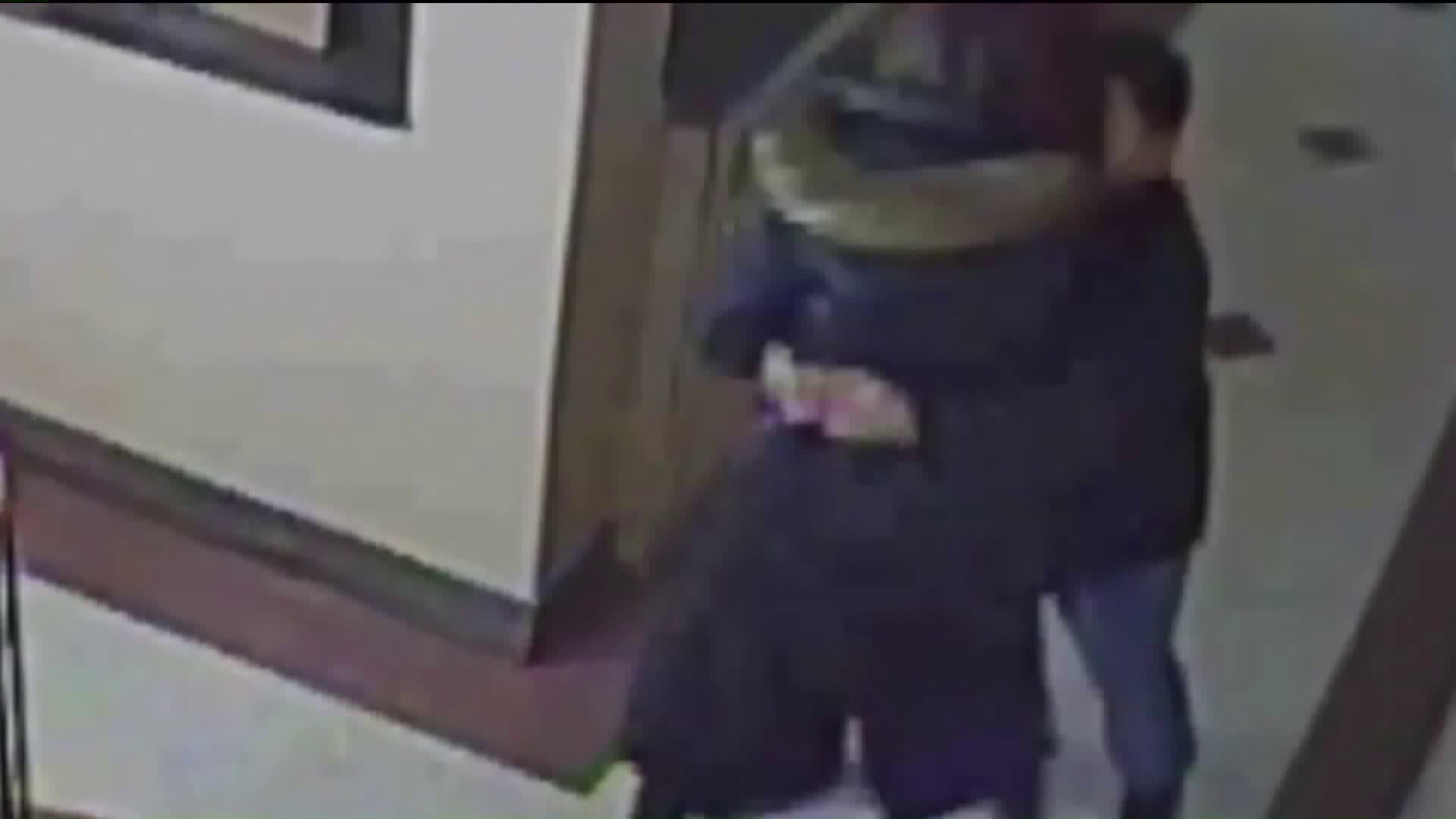 A man is wanted for attacking two women in seperate incidents in Queens.

SUNNYSIDE, Queens — Police are looking for a man who stalked a woman into her Queens apartment building and attacked her overnight Sunday.

The woman, 28, was going into her apartment building near 43rd Avenue and 42nd Street about 12:30 a.m. when the man followed her in, police said.

The man pushed her against the wall of the lobby and placed his hand over her mouth to prevent her from screaming, according to police. He was seen on surveillance video holding her down for a few seconds before fleeing the building.

The woman was not injured and none of her belongings were stolen, police said.

Less than an hour later, another similar incident was reported. Police say the same suspect approached a 39-year-old woman inside of 44-07 43 Avenue (Food Universe) while she was shopping, briefly engaged her in conversation and then grabbed her buttocks.

He then fled the area.

The man is described as being about 5 feet 5 inches tall, brown eyes and brown hair. He was last seen wearing a black jacket, blue pants and black shoes.