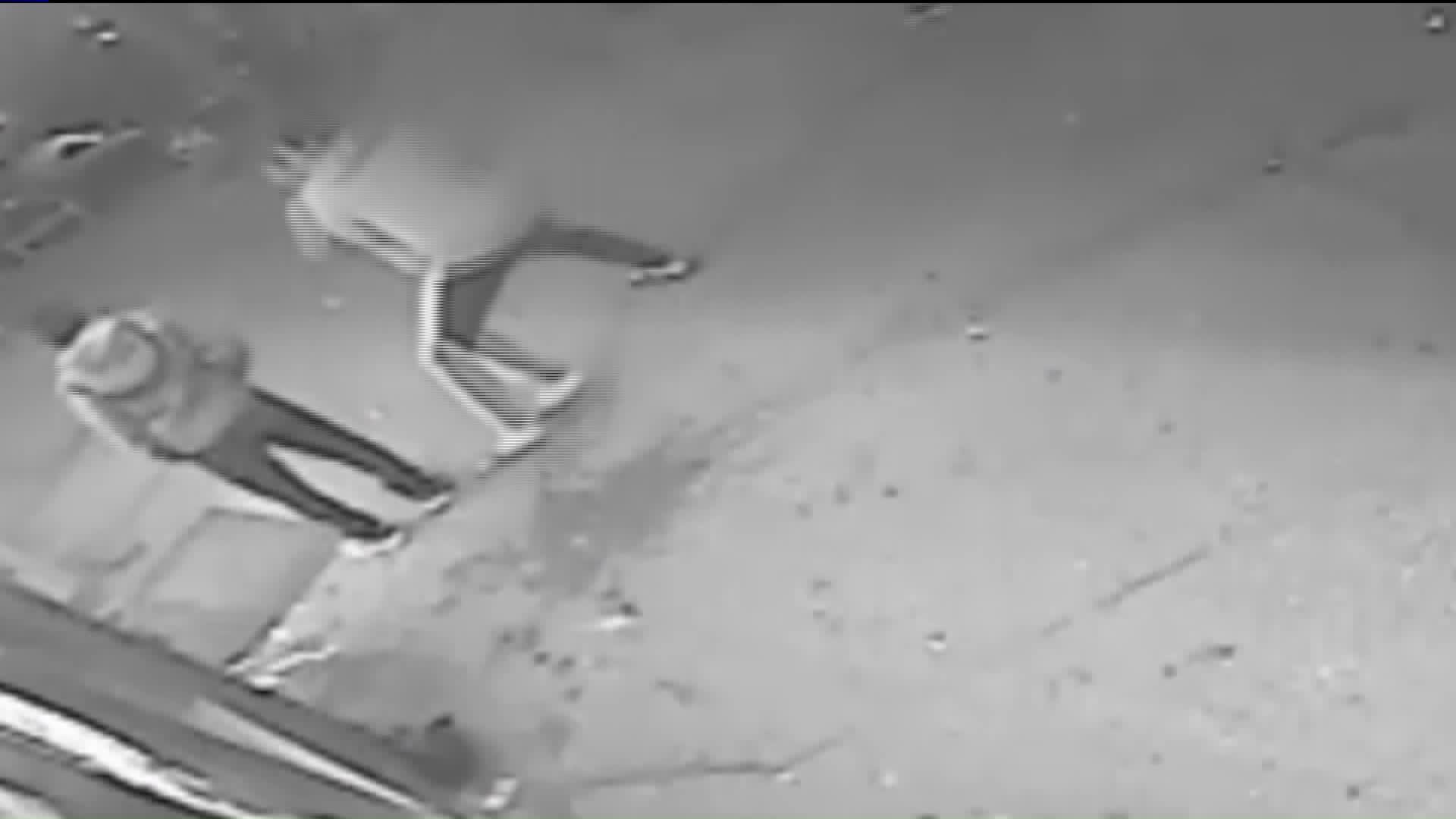 The brutal robbery was caught on video.

UNIVERSITY HEIGHTS, the Bronx — A woman who witnessed a man passed out on a Bronx street about a month ago didn't think much of it, until she turned on her television Tuesday.

"In this area, you don't know if a person is passed out drunk," says the woman who does not want her identity revealed.

Speaking exclusively to PIX11, she says she was born and raised in the Morris Heights section of the Bronx and has seen it all.

What she did not know is what happened just minutes earlier.

On February 23, a 57-year-old man was seen standing outside the New Andrews Deli when another man walks up from behind and sucker punches him right in the head.

The victim immediately passed out unconscious.

That's when another individual walks up to the victim, flips him over and pulls out his wallet. The two walk away with the man's identification, credit cards and cash.

Today, when the NYPD released the surveillance video and clear images of the two suspects, the woman recalled what she had seen on that February night.

"That could have been my father," says the woman. "That was somebody's father and cousin. During that time, I had no idea what happened."

Meanwhile, police say if you recognize them, please do what that woman did and call the tip line.

Police are searching for these two men in connection with an assault in the Bronx. (DCPI)