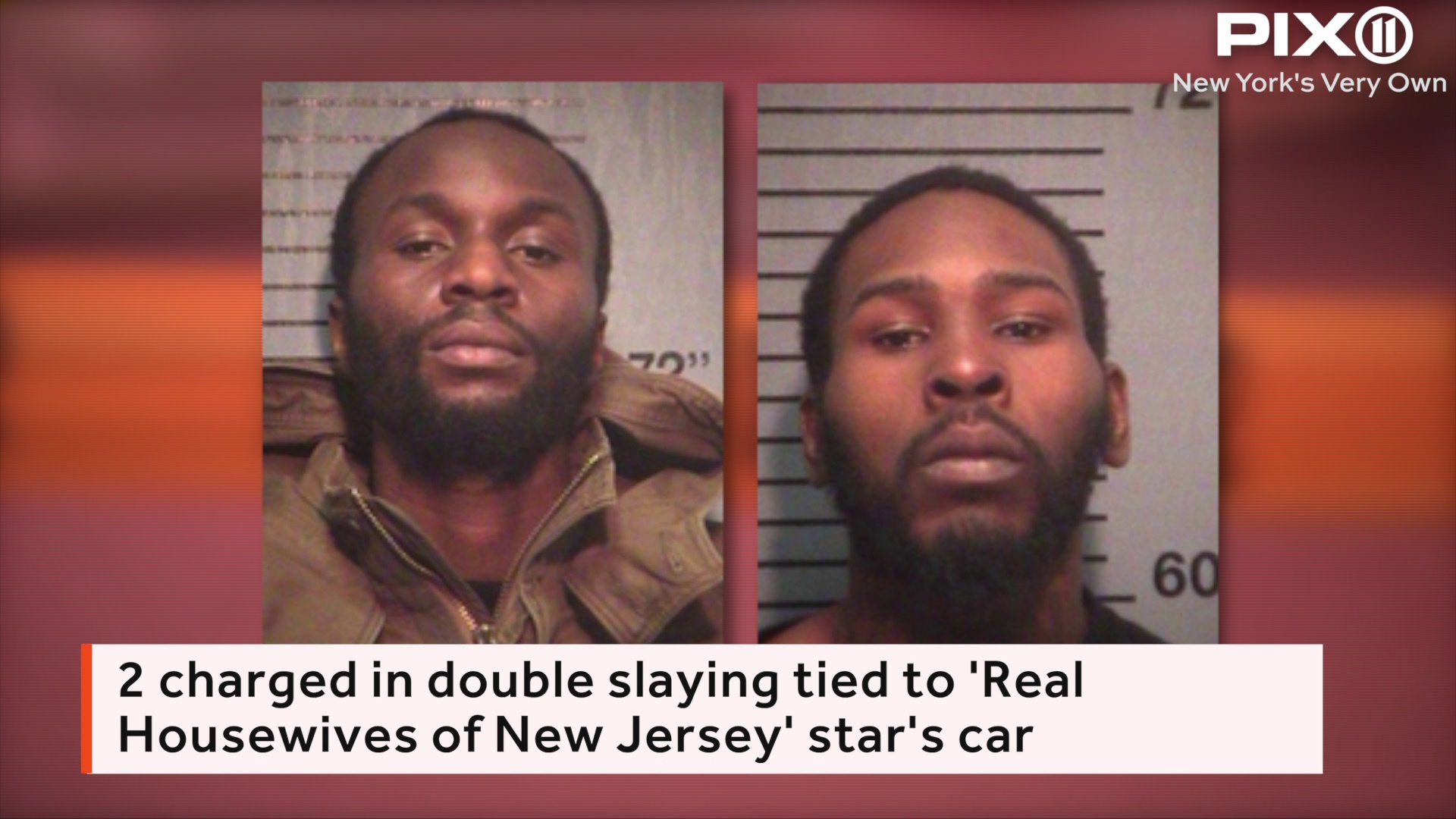 The charred bodies were discovered in the torched vehicle Friday.

PATERSON, N.J. — Arrests were made Tuesday in connection with the deaths of two men whose bodies were found inside a car linked to "Real Housewives of New Jersey" star Kim DePaola.

Clarence Williams, 26, and Gerry Thomas, 28, face charges of murder and conspiracy to commit felony murder, Paterson police said. Williams and Thomas were also charged with robbery, arson and possession of a firearm for an unlawful purpose.

Emergency responders were called to the scene of a car fire in Paterson last Friday. Two charred bodies were discovered inside the vehicle when the flames were put out, police said.

It's unclear if the men died before or during the fire.

The bodies inside the car were later identified as Aaron Anderson, 27, and Antonio Vega, 25. Both are Paterson residents.

The white Audi that the men were found inside of is registered to Kim DePaola, who starred in the "Real Housewives of New Jersey," police confirmed. DePaola's son, Christopher Camiscioli, 27, drives the car, but was not in possession of it during the time of the murder.

In a note posted to Instagram on Sunday, DePaola did not specify that her car was involved, but appeared to reference the incident:

"I am humbled by the outpour of love and support during this very difficult time. My son and I are both safe. Our deepest condolences go out to the victims' families of this truly horrific tragedy."