Teen rescued after plunging through ice on Central Park pond 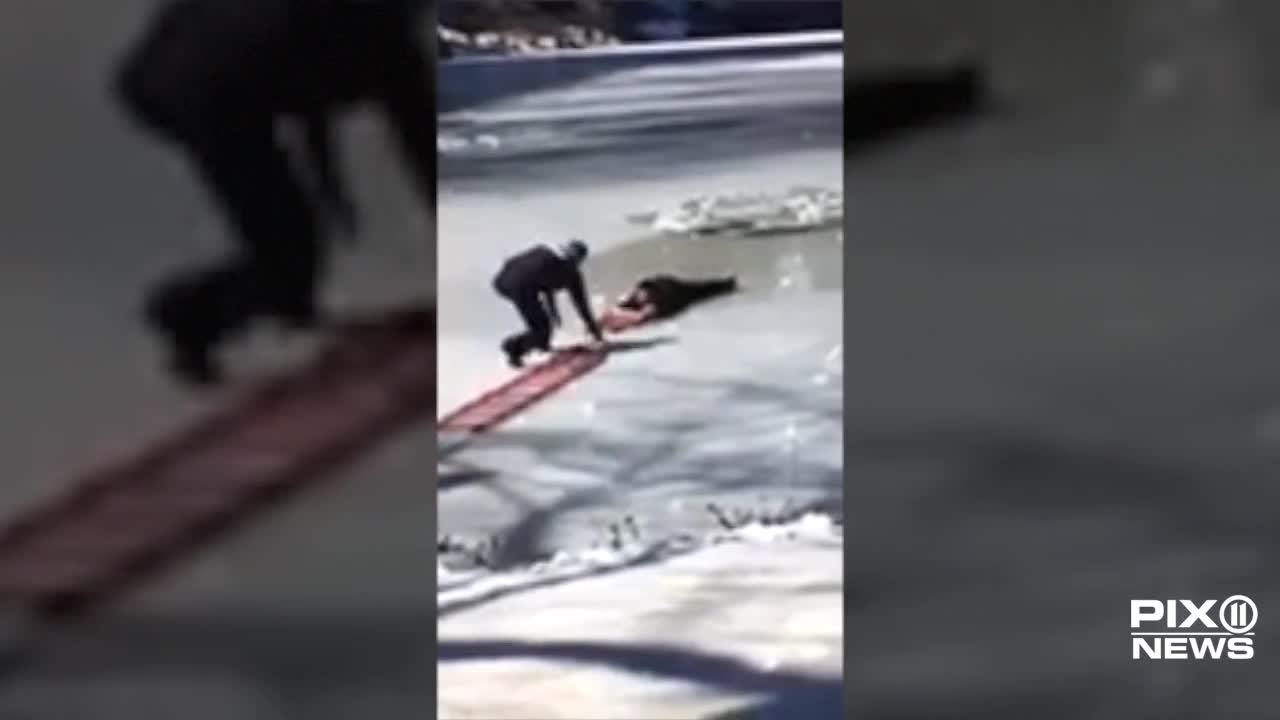 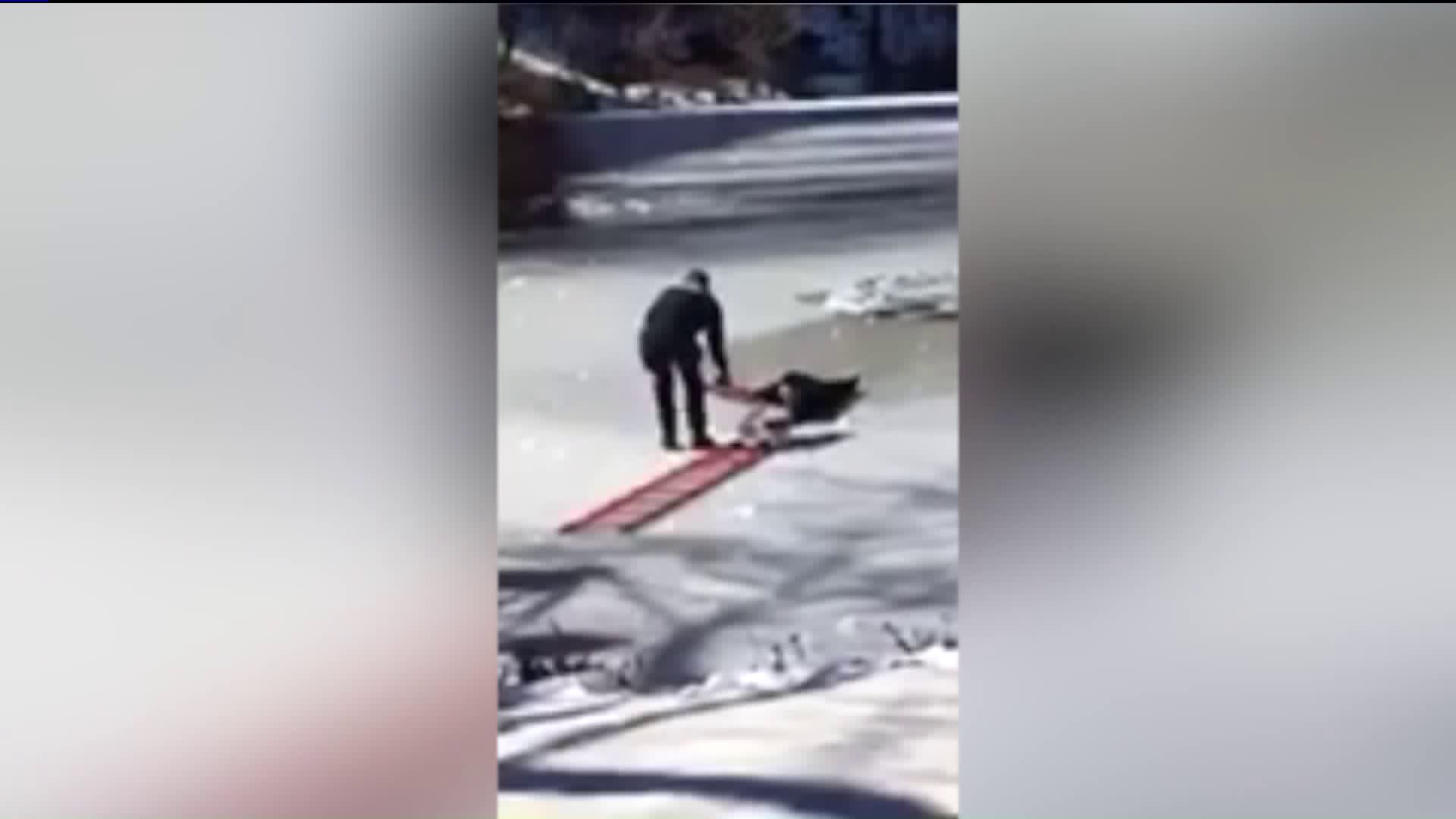 CENTRAL PARK — A 15-year-old boy was rescued by officers after plunging through the ice on a pond in Central Park Monday afternoon.

It happened around 1:13 p.m. at Swan Lake in southeast corner of Central Park.

Police say the teen was walking across the ice when he fell through.

Two quick thinking officers with the Counter Terrorism Unit who were nearby raced to the scene with rescue ladders and made their way onto the ice to rescue the teen who was paralyzed by the freezing cold water.

The boy was transported to the hospital for evaluation. He is expected to be OK.

Two teenagers also fell into an icy Central Park pond late Sunday. Seven teenagers also plunged into a pond in February after some ice cracked. Three people saw what happened and jumped in to save the teens.

Officers say rescues inside the park have become more prevalent for social media purposes and say security will be stepped up.

Remember, there is no such thing as safe ice. Be #FDNYSmart, never walk on frozen water. You risk your life & the lives of first responders