NYC sailors give peek into life on board an aircraft carrier 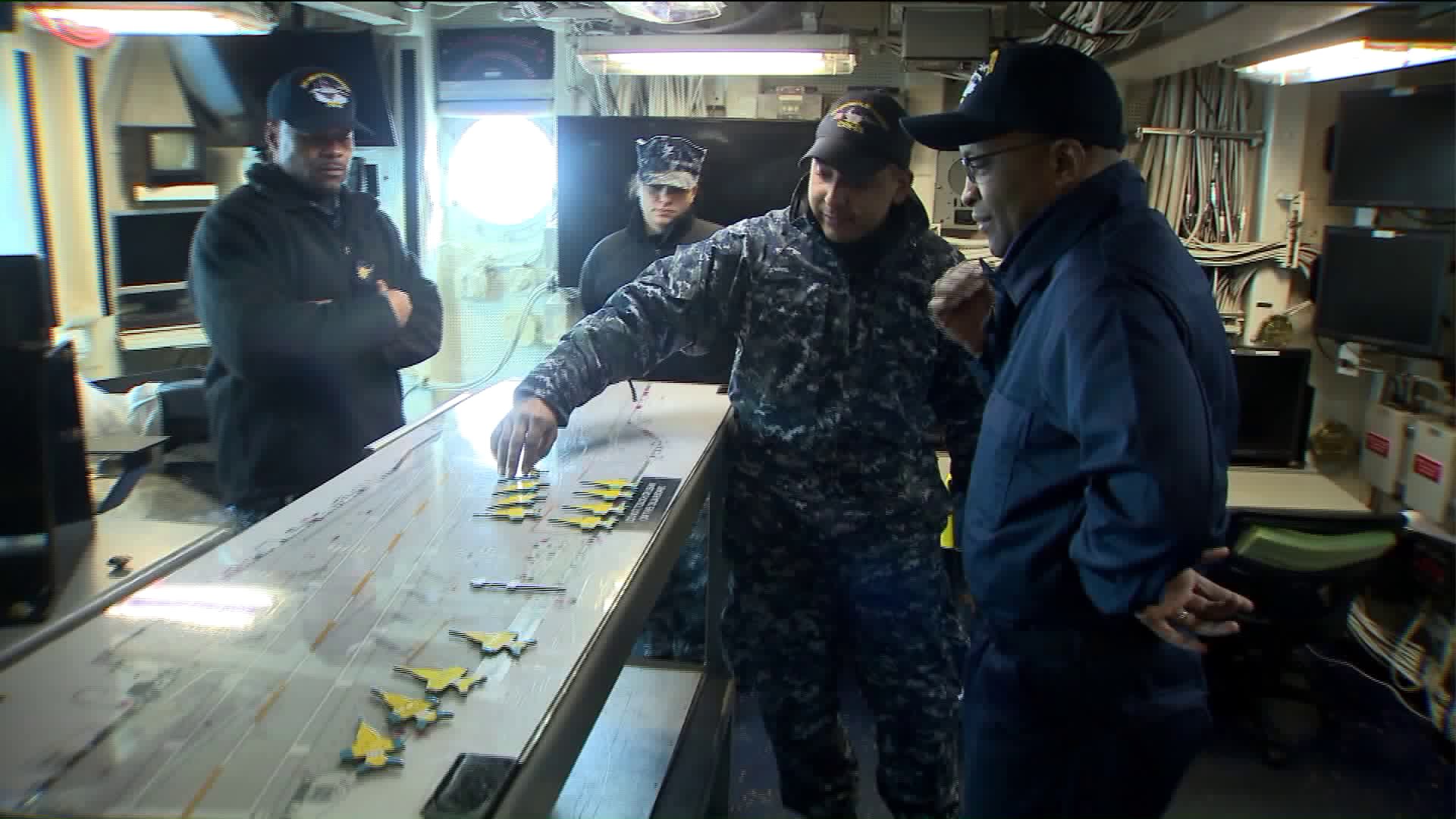 Local members of the Navy give a glimpse into their lives in the military.

NORFOLK, Va. — One of the many ways in which the New York metro area is remarkable is that nearly all 20 million of us who choose to make the region our home are within an hour's drive from the ocean.

However, few of us choose to make a living on the sea that surrounds us. Even fewer still elect to venture out on the seas worldwide.

Among those last few, an even smaller number choose to dedicate their lives to being on the world's oceans on a mission to protect the way of life and the freedoms we enjoy here in the tri-state and throughout our country, through service in the U.S. Navy.

PIX11 News was able to spend time with some U.S. Navy sailors from New York. These are their stories.
While most Americans are aware that men and women in uniform make sacrifices for our country, the sailors on the USS Dwight D. Eisenhower showed in unprecedented ways how that sacrifice is carried out, particularly in the current geopolitical climate.

Sailors from our region spend most of the year thousands of miles away from their families in New York and in their home port of Norfolk, Virginia.

They regularly work 18-hour shifts in extreme conditions in the Middle East and elsewhere around the globe, at significant physical risk to themselves.

They sleep in berths so tight they're actually called "coffins"; they have to wear required layers of safety and operations gear in temperatures that frequently reach into the 120-degree range.

The list of day-to-day risks goes on and on. The death earlier this year of Chief Petty Officer William "Ryan" Owens, a sailor based near the home port of the sailors interviewed by PIX11 News for this story, underscores how their mission carries a constant threat of loss of life.