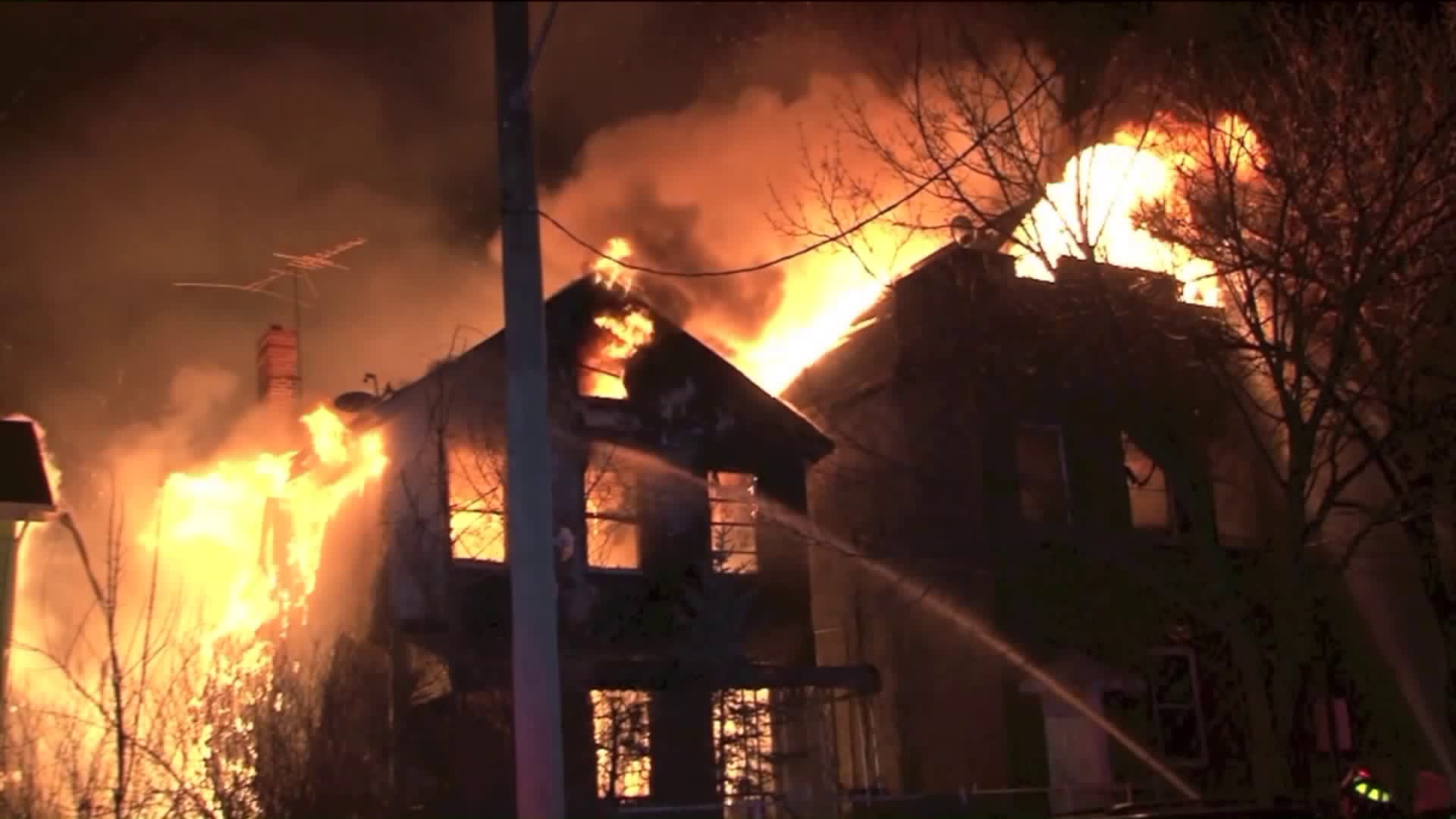 The fire started at the two-story home.

Flames quickly spread to neighboring buildings on both sides.

Forty-four firefighters were called to the scene to put the flames out. The middle building, where the fire originated, collapsed.

The fire was placed under control about 1 a.m.

Reports initially said there were people trapped in the buildings, but it was later revealed all three buildings were empty when firefighters arrived, Everett said.

Mount Vernon mayor said there may have been 10 squatters living in the building where the fire originated, but they were quickly removed.

The apartment building with 45 residents next to the fire was evacuated as a precaution.

Officials are investigating the cause of the fire.