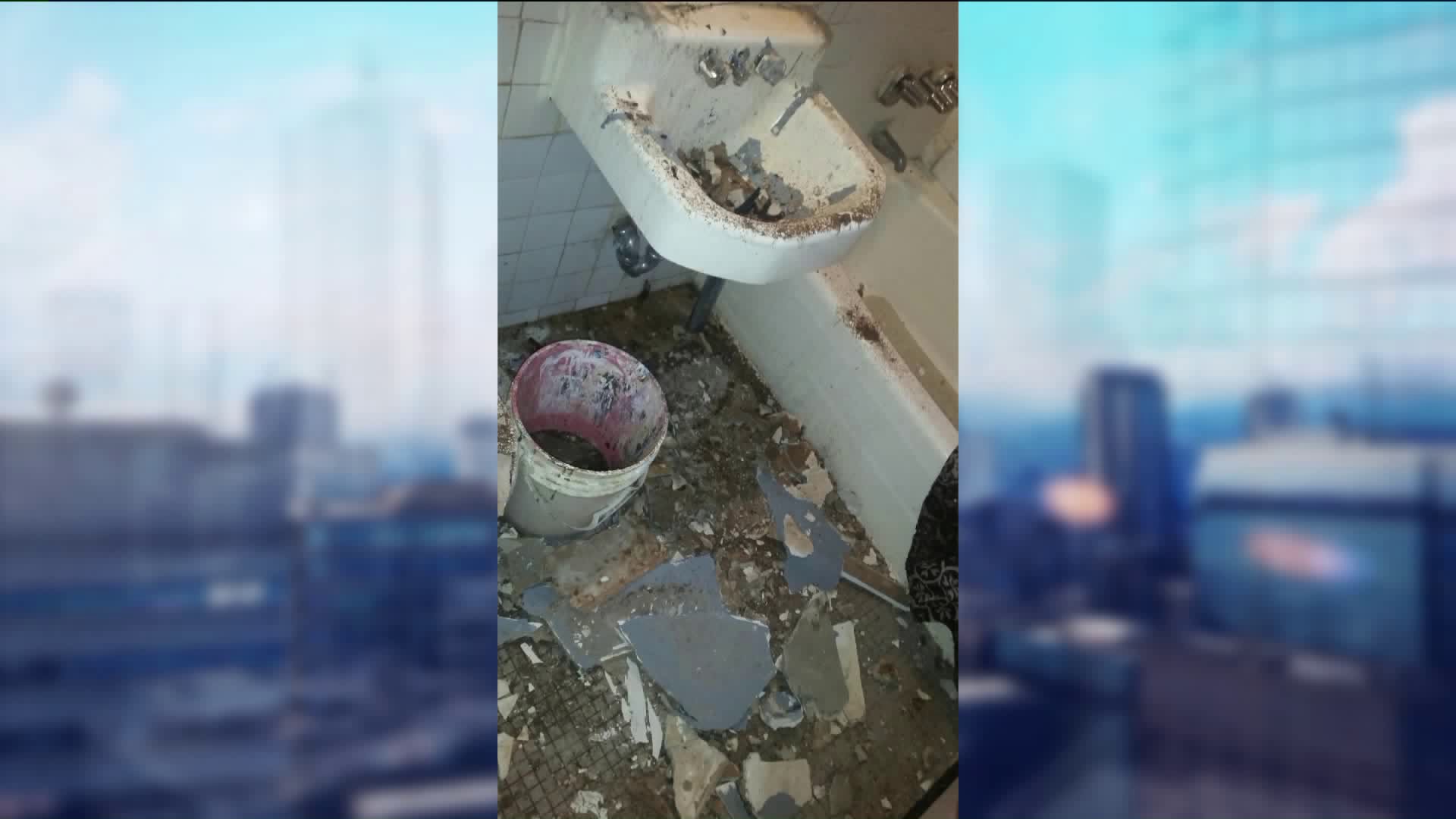 De Graffe complained to his landlord and then the wait began — he says no one was listening.

"I'm lucky I was in another room when it came down," De Graffe said.

De Graffe says he is battling for his life, and now the quality of it.

De Graffe was diagnosed with HIV years ago and became homeless.

Instead of giving up on life, he says he kept on fighting and now in a transitional home, thanks to the Department of Homeless Services.

His bathroom is now fixed.