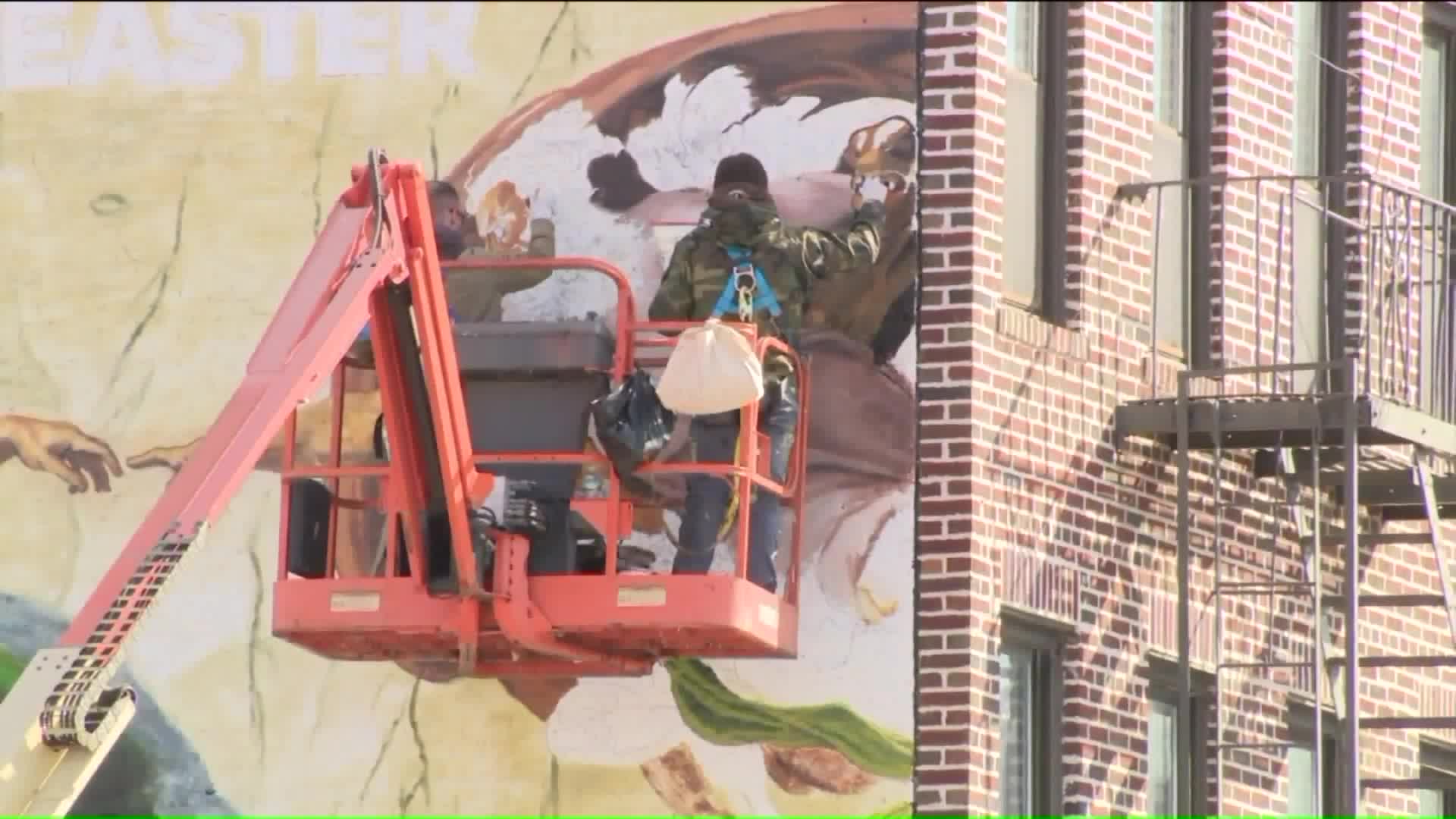 The Bay Ridge mural hopes to encourage people to go to church for Easter to seek forgiveness.

BAY RIDGE, Brooklyn — A familiar scene from the Sistine Chapel has appeared on the side of a Brooklyn building.

Artists from Milestone Advertising have been re-creating Michelangelo's "The Creation of Adam" at the corner of 81st Street and Third Avenue in the parking lot of the Food Emporium in Bay Ridge.

"It's a little intimidating," artist Kerry Thompson told PIX11, "following in the footsteps of one of the greatest artists in art history. But it's pretty good to get up there and follow the process and really get to look at the work up close."

It's a daunting task to capture the essence of this masterpiece in a 20-by-23 foot billboard.

The message from the diocese is for people to connect with god and experience the power of forgiveness this Easter. They are encouraging people to go to confession on April 10.

The artists say it's the technical act that matters and not the religious one.

"We end up using four foot rolls of paper, perforated, that we trace over in the studio," Thompson said, "and on location, we roll it out and pounce powdered charcoal through the lines,."

This is the only painted billboard from the Brooklyn Diocese. There's a digital one outside of Citi Field and several vinyl ones along the Gowanus, Atlantic Avenue and the Belt Parkway.

Food Emporium customers have only had rave reviews for the mural.

"Every religion there is something where you have to make your peace with whoever your god is," Bay Ridge resident Theresa Monforte told PIX11.

The Archdiocese of New York and the Diocese of Rockville Centre are launching similar campaigns with the goal of getting Catholics to go to confession on Reconciliation Day, the Monday before Easter.