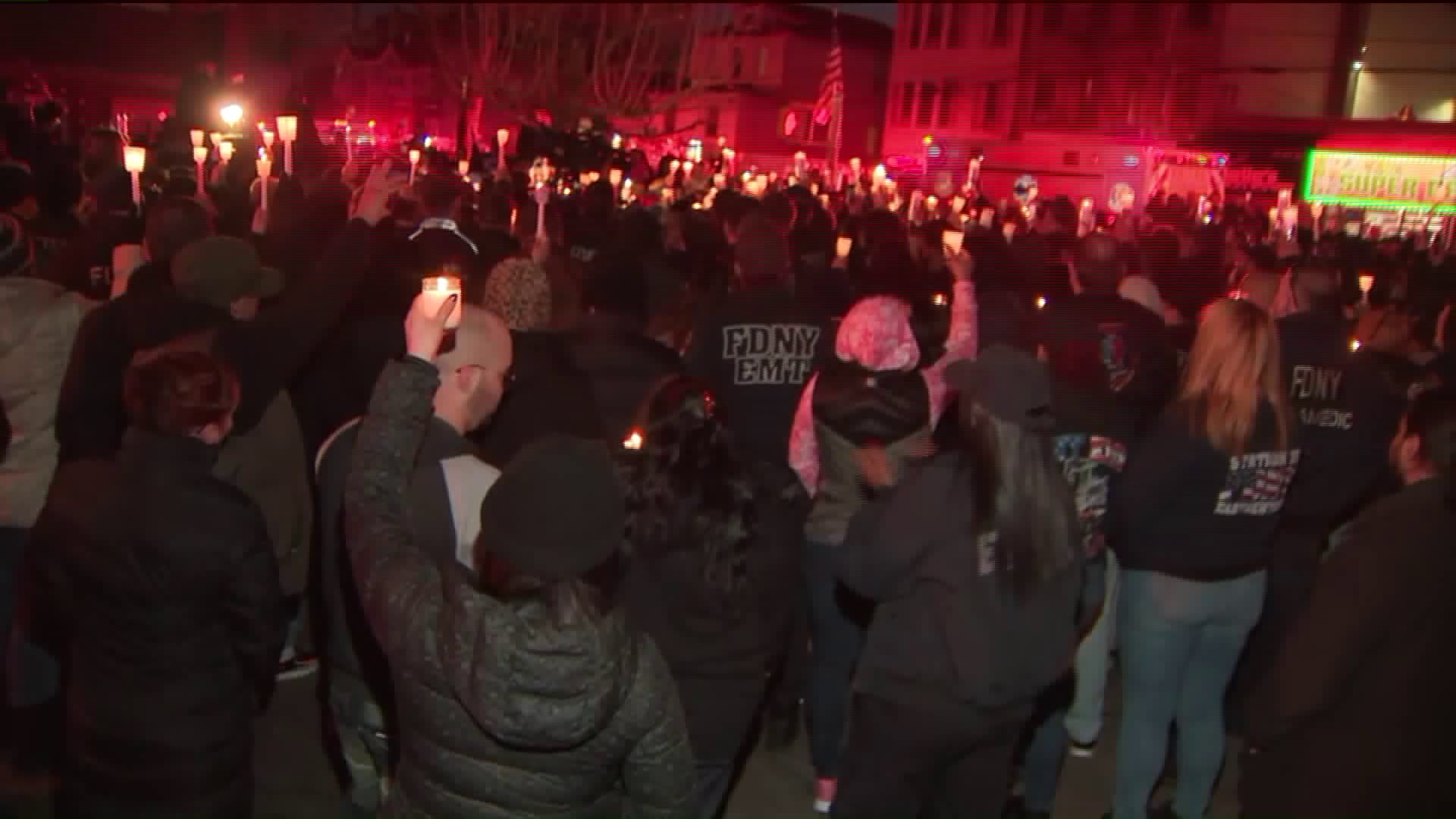 SOUNDVIEW, the Bronx — Hundreds of people gathered along a block in the Bronx Sunday evening to mourn an FDNY EMT killed on the job.

Community advocate Tony Herbert organized the candlelight vigil for EMT Yadira Arroyo, who died Thursday after she was run over by a stolen ambulance.

Such a display of strength & support as this City & its residents come together for the vigil of @FDNY EMT Arroyo pic.twitter.com/G22a3pIj1I

Mourners met at the intersection where Arroyo, 44, lost her life.

Arroyo and her partner were alerted by a passerby about a man hanging on the back of their ambulance in the Soundview section of the borough.

When they stopped to confront the man, who was later identified as Jose Gonzalez, he allegedly jumped in the ambulance, hitting both EMTs.

Gonzalez, 25, was charged with murder, grand larceny and operating a motor vehicle impaired by drugs.

Arroyo's wake will be held Thursday and Friday at Joseph A. Lucchese Funeral Home at 726 Morris Park Ave. in the Bronx. Time will be from 2 to 4 p.m. and 7 to 9 p.m. on both days.

Her funeral will be held at 11 a.m. at St. Nicholes of Tolentine R.C. Church at 2345 University Ave. in the Bronx.

She leaves behind five children. Several foundations are accepting donations that will go to her children.

The Stephen Siller Tunnel to Towers Foundation donated $100,000 to the family.