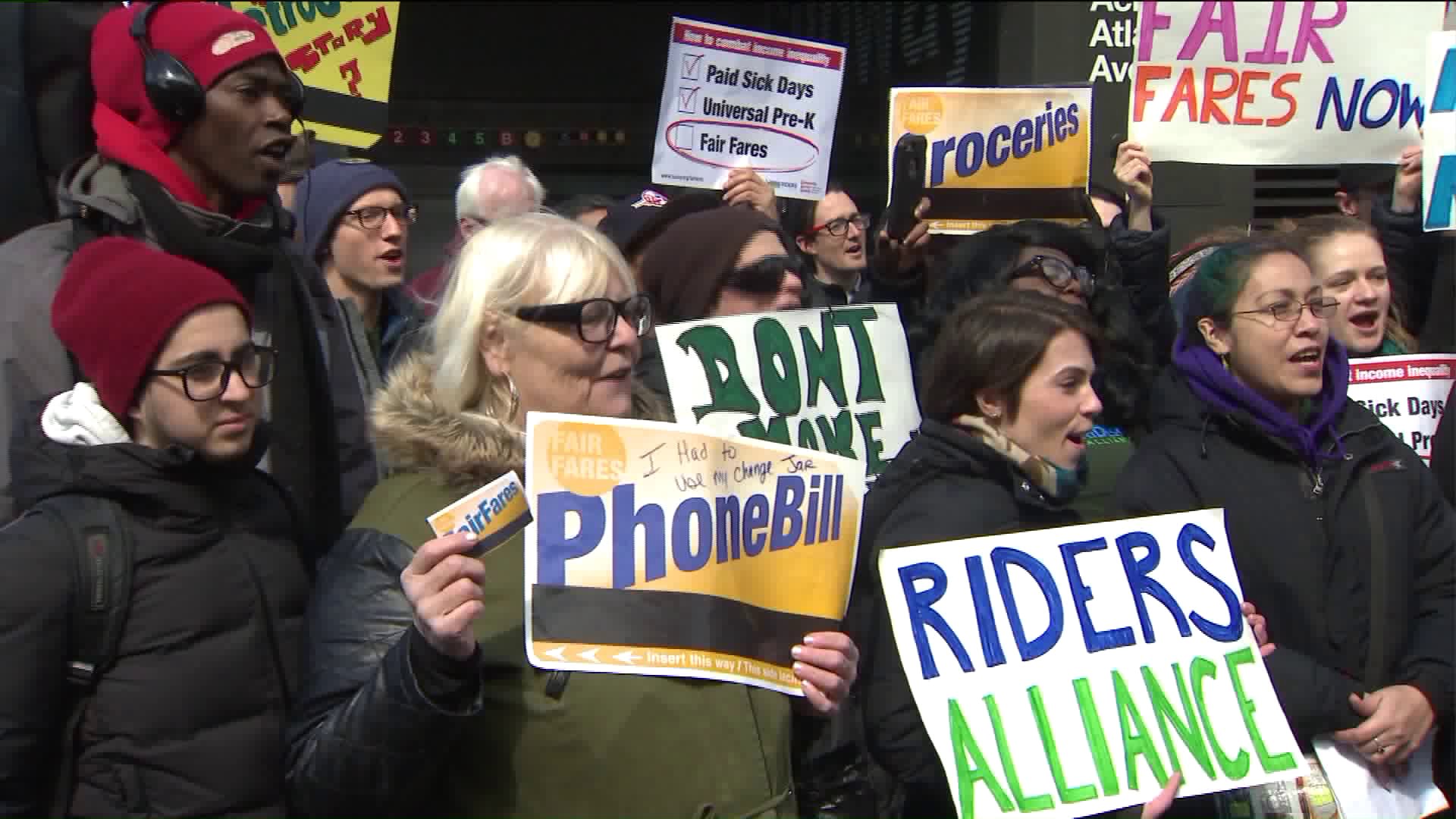 Coalition activists are calling on Mayor Bill de Blasio to include funding for half-priced MetroCards.

BROOKLYN, N.Y. — Dozens gathered outside of Barclays Center in Brooklyn Sunday to fight for fair fares.

"One of my greatest fears is I will go out with my kids and don't have enough money to go home, I often skip meals so I have enough to go back," said a mother of three at the rally. "Right now my husband is the only income."

Her story was like many who stood with signs chanting, "what do we want? Fair fares. When do we want it, now!"

Members of the Fair Fares Coalition are calling on the mayor to implement half-priced MetroCards for low-income families.

"Why not subsidize half fare MTA MetroCards for New Yorkers living under the poverty level," said Nancy Rankin, Vice President of Policy Research and Advocacy for the Community Service Society.

The rally comes on the same day the MTA fare and toll hikes went into effect.

In a statement to PIX11, mayoral spokeswoman Freddi Goldstein said, "the proposal is a noble one, but it would create a substantial financial burden for New York City. As New Yorkers know, the MTA is the responsibility of the state. They should cover the cost."

Members of the coalition say they will continue to fight for fair fares for all New Yorkers.