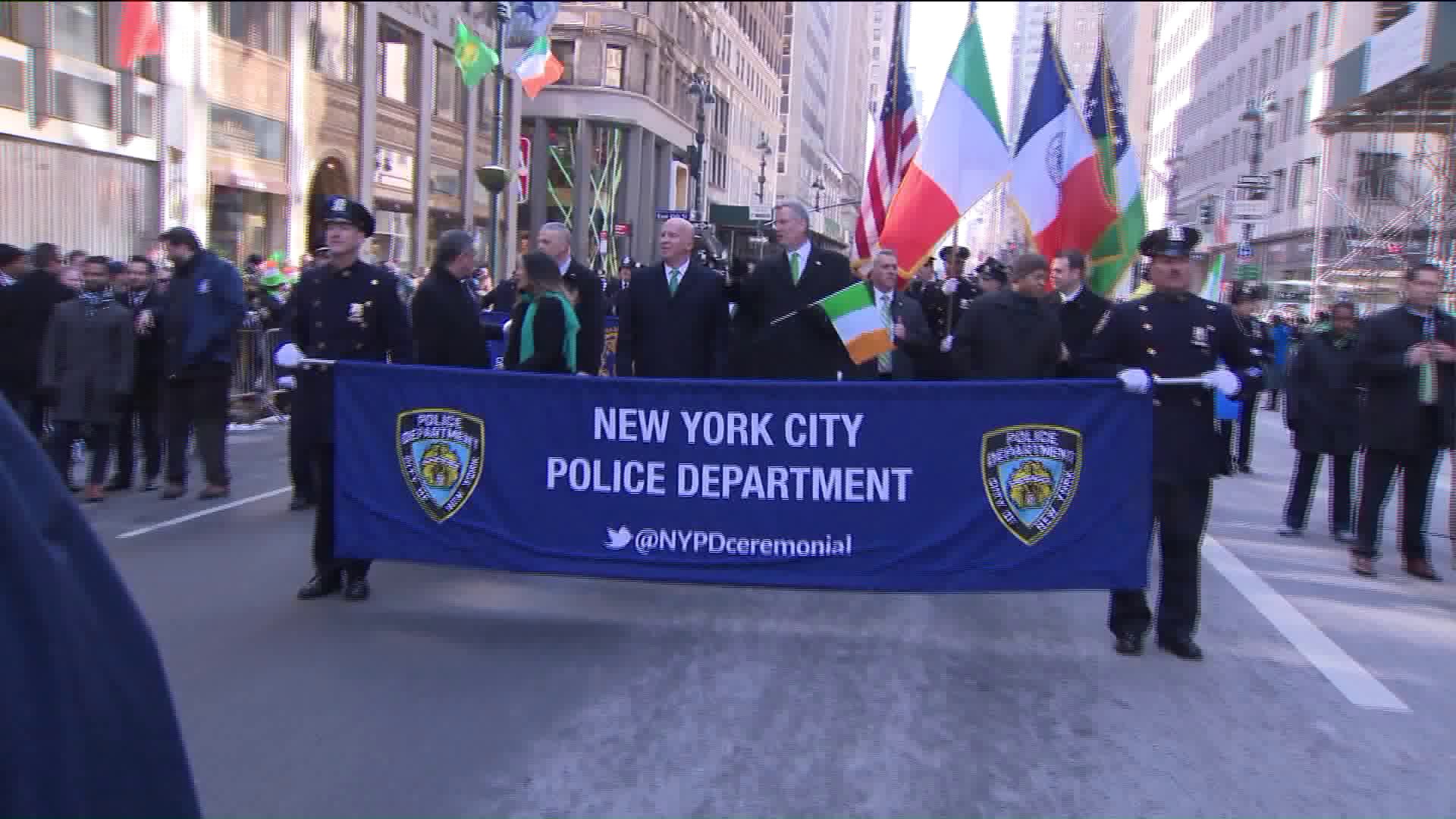 Everyone was Irish on Friday.

MIDTOWN, Manhattan — Among the bagpipers, shamrocks, green hair and Irish flags, there was one person notably absent this Saint Patrick's Day parade on Friday.

Paralyzed NYPD Detective Steven McDonald who passed away two months ago, had been a fixture at the parade for close to three decades.

His widow, Patti Ann McDonald and son, Conor, marched behind the banner that read, "Believe in the power of love and forgiveness in memory if Detective Steven McDonald."

"That's what the banner says and that is what Steven was all about," Patti Ann told PIX11 News.

"We are all lucky," Conor McDonald added.

All the other regulars were at the parade: Cardinal Dolan, Mayor De Blasio, NYC Police Commissioner O'Neill and Governor Cuomo, who said he was singing "When Irish Eyes Are Smiling" when he woke up this morning.

There was the usual discovery of long lost distant relatives, like Danny Magee of the NYPD counter terrorism unit.

"I am from Flatlands, Brooklyn," Magee told PIX11 News.

Magee then said his parents were from Park Slope. When I told him so were mine, we decided we're are probably related.

And while there were many who traveled great distances to see the oldest and largest Saint Patrick's Day parade in the world, it's the generations of New Yorkers, like the Flemings of Islip, who keep coming back that makes it so special.

"The people, the music and the culture," Maggie Fleming, a 13-year-old Irish-American from Islip, told PIX11 News. "It's all so great. it is my heritage."