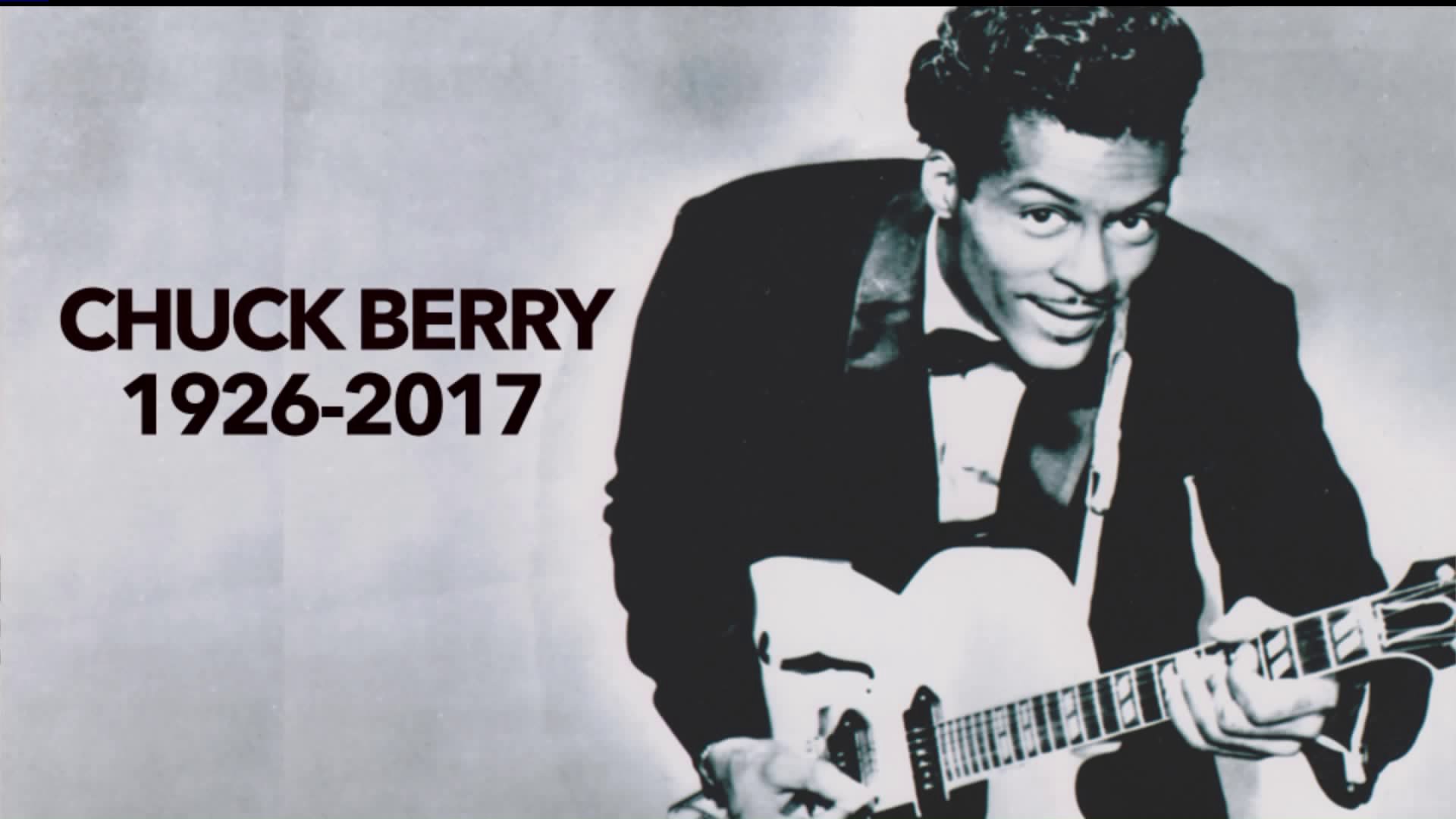 He was often called "the Father of Rock `n` Roll."

Police were called to the musician's home on Buckner Road, located outside of St. Louis, about 1:40 p.m., St. Charles County Police Department posted on its Facebook page.

When they arrived, they found a man unresponsive inside. They performed "lifesaving techniques," but pronounced the man dead at 2:26 p.m.

Berry was born in 1926 in The Ville neighborhood of St. Louis. He is known as one of the pioneers of rock 'n' roll music.

Berry's core repertoire was some three dozen songs, his influence incalculable, from the Beatles and the Rolling Stones to virtually any group from garage band to arena act that called itself rock 'n roll. While Elvis Presley gave rock its libidinous, hip-shaking image, Berry was the auteur, setting the template for a new sound and way of life. Well before the rise of Bob Dylan, Berry wedded social commentary to the beat and rush of popular music.

"He was singing good lyrics, and intelligent lyrics, in the '50s when people were singing, "Oh, baby, I love you so,'" John Lennon once observed.

He wrote and recorded the rock standards "Johnny B. Goode" and "Sweet Little Sixteen."

Berry was set to release his first studio album in more than 35 years. The album, called "Chuck," was one of the most anticipated albums of 2017 by Rolling Stone.