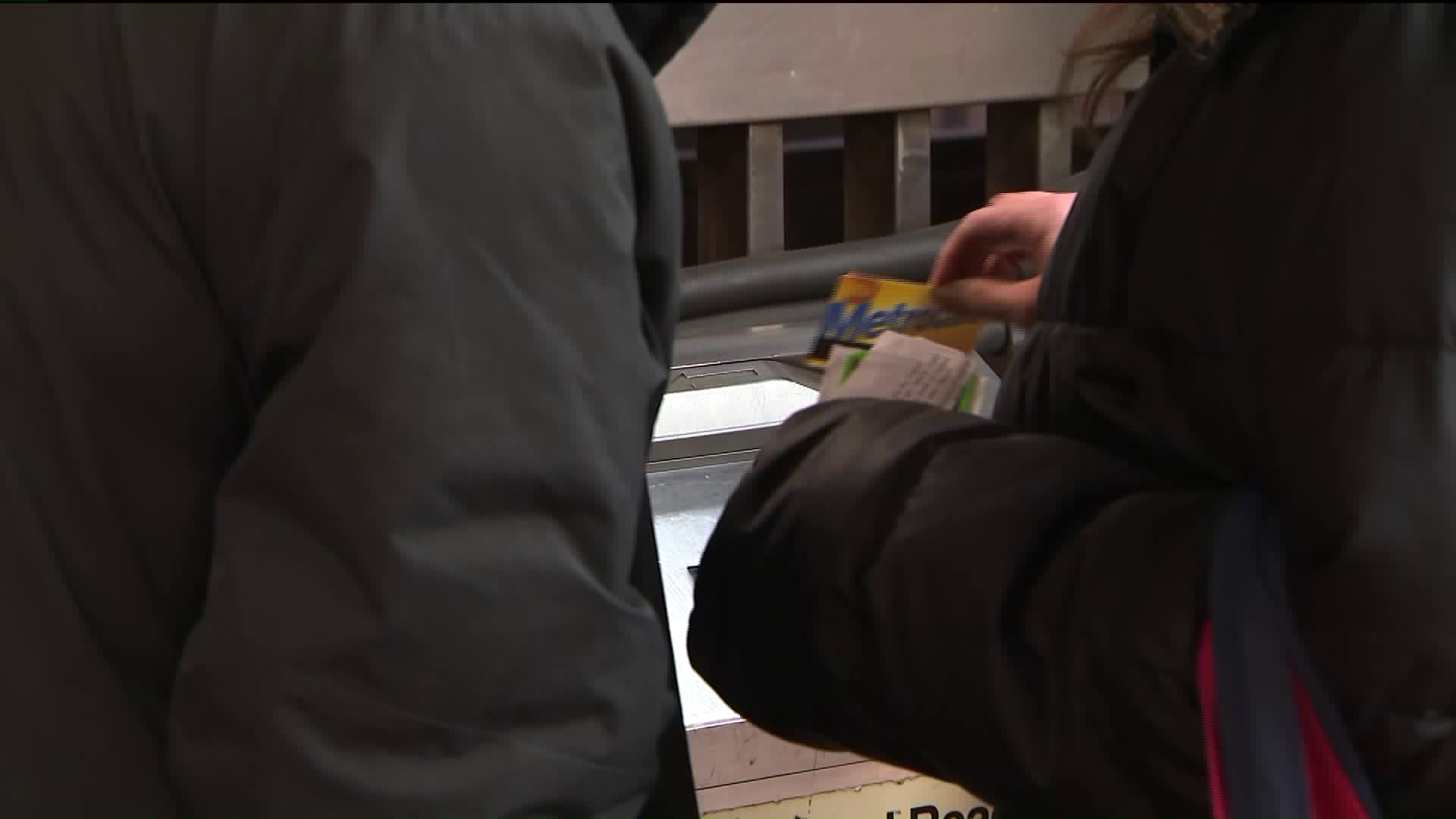 The fares will increase at midnight Sunday.

MIDTOWN, Manhattan — Get ready to pay a little more for you subway rides.

Starting at midnight Sunday, all MTA bridges and tunnels, Metro-North, Long Island Railroad, subway and bus riders will getting hit with toll and fare hikes.

"The fares are always going up, but our paychecks don't," Jazxmel Tyson lamented to PIX11 News outside the subway turnstile at Grand Central Terminal.

The lines at the MetroCard machines were particularly long on Saturday, just hours before the MTA fare hikes go into effect.

"If we are seeing more fares,it would be nice to see an increase in reliability," John Koch, subway rider, told PIX11.

The fare hike will affect most people who buy MetroCards at vending machines. The bonus on, for example, a $40 card is going down from 11 to 5 percent.

"I think it's terrible," Joanne Kennedy, A Metro North rider from Yonkers, said.

For drivers going through MTA bridges and tunnels in the five boroughs, they will be feeling the hike of 25 cents for those who use EZ pass.

People paying with cash should prepare for a fare increase between 6.3 and 9.1 percent starting Sunday, The Verrazano Bridge will cost $17 to cross into Staten Island with cash.