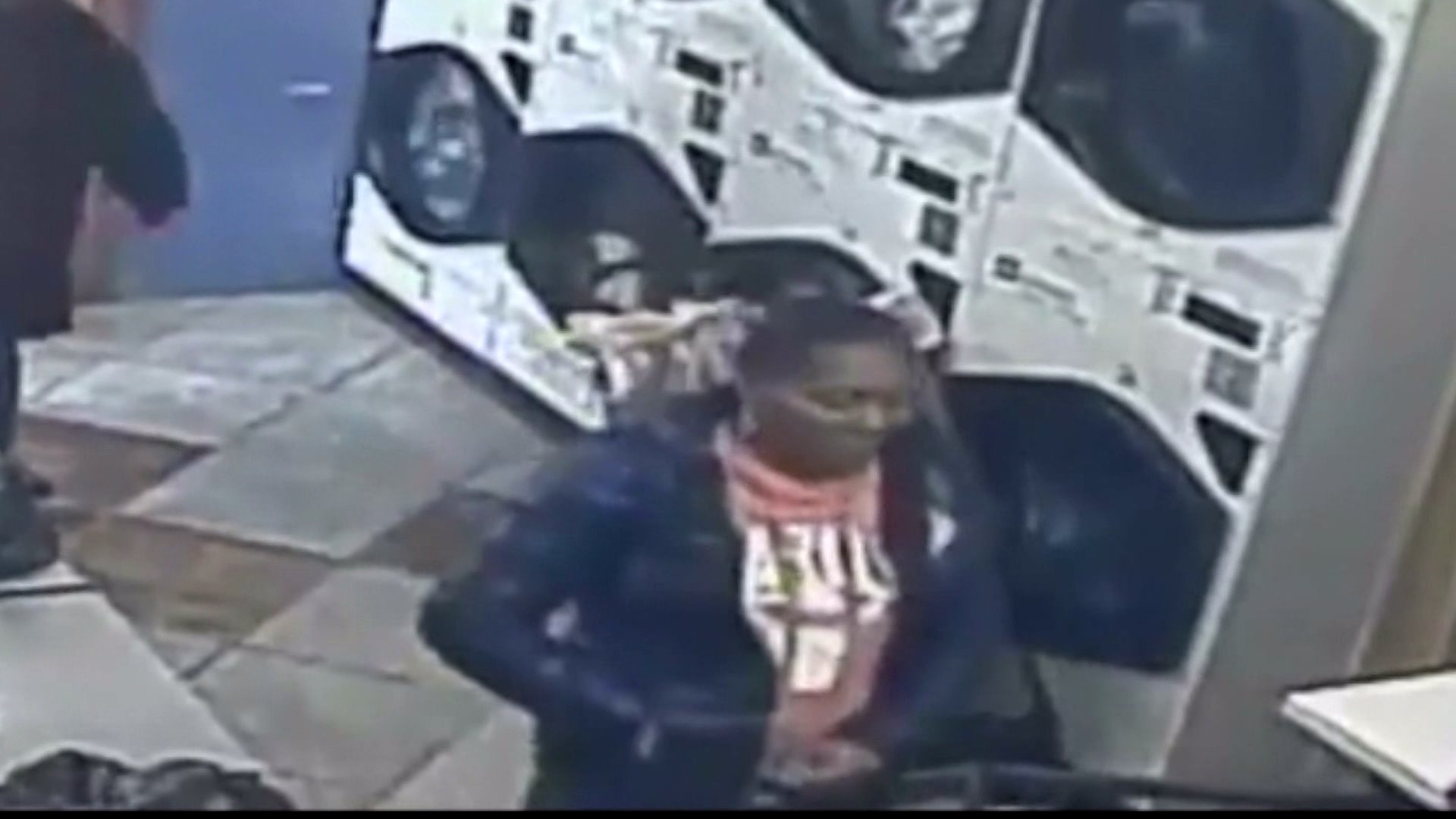 NEWARK, N.J. — Newark Police are looking for the public’s help to find a couple that stole from a local laundromat on 12th Avenue and South 7th Street in Newark.

Surveillance video shows them pull up outside in a tan or silver SUV, possibly a Tahoe.

A dark-skinned woman in a pink hoodie and a blue, puffy jacket walks straight to the laundromat's back counter. A man in a brown jacket and red sweatshirt that reads ‘eagle’ on the hood follows close behind.

Police say they bought laundry bags at the counter, but stole other peoples clothing right out of the dryers.

Anyone who recognizes the pair shown in the video should contact Newark Police. You can call city crime stoppers anonymously at 1-877-NWK-TIPS (1-877-695-8477).