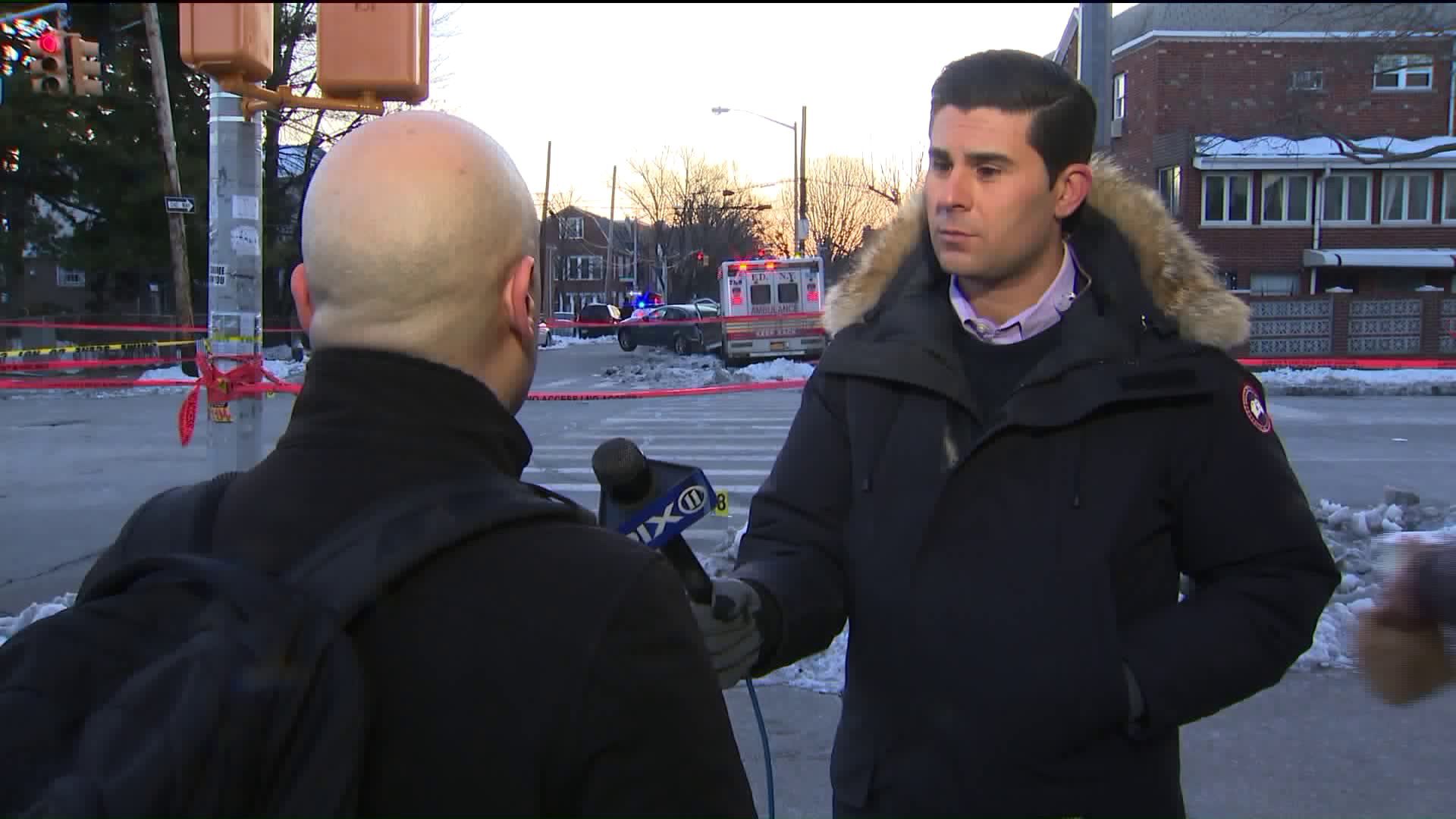 A former Marine, dubbed a "hero" by the city`s mayor for detaining a man accused of stealing an ambulance and fatally striking a FDNY EMT, spoke exclusively to PIX11 on Friday.

THE BRONX — A former Marine, dubbed a "hero" by the city's mayor for helping detain a man accused of stealing an ambulance and fatally striking a FDNY EMT, spoke exclusively to PIX11 on Friday.

Police say a man stole an ambulance, fatally struck an FDNY EMT official, the crashed into another vehicle, ultimately coming to a stop. The man was detained following the March 16, 2017, Bronx incident. (PIX11)

Ralph, an ex-Marine who does not wish to reveal his full identity, had just arrived at his neighborhood store Thursday night when he saw an ambulance pull up. He figured the first responders were on a routine call, and he went inside, unaware of what was about to happen.

FDNY EMT veteran Yadira Arroyo and her partner were in fact on a call when a passing motorist alerted them to someone riding on the vehicle's bumper.

As the pair exited the vehicle to investigate, police say career criminal Jose Gonzalez jumped in the driver's seat and struck the EMT officials, killing Arroyo and injuring her partner.

Ralph, upon entering the store, heard the commotion outside. He then turned to see the ambulance backing up into parked vehicles, pushing the vehicles onto the sidewalk.

"I heard a lot of screaming," Ralph said, as he continued to watch the driver again attempt to flee, ultimately crashing a short distance away.

Ralph's first instinct was to spring into action, not considering whether Gonzalez would harm him.

“I don’t think about those things. I just wanted to make sure that he didn’t get away,” Ralph said.

Ralph, along with another man and an MTA official who happened to be at the scene worked together to detain him.

“When he had his hands away from his body, that’s when I realized it was a good time for us to take him,” Ralph said.

The three worked together to handcuff Gonzalez.

The MTA official went to Arroyo's aid as Ralph sat on Gonzalez, keeping him at the scene as the suspect rambled incoherently until police arrived.

Mayor Bill de Blasio has since hailed those who helped as heroes.

"I want to thank those good Samaritans who helped to apprehend the perpetrator and stop and other violence from afflicting others. A lot of heroism was on display today amidst a real tragedy," the mayor said Thursday night.

Jose Gonzalez was arrested on March 16, 2017, after police say he stole an ambulance in the Bronx and fatally struck an EMT. (PIX11)

“I’m not a hero. Actually the hero was the MTA officer who stopped by,” Ralph says, because the armed officer first approached Gonzalez, as everyone was unaware if the suspect was also armed.

Arroyo, a mother of five and 14-year veteran, was later pronounced dead. Her partner was hospitalized overnight and later released.

Gonzalez faces charges of murder, grand larceny and operating a motor vehicle while impaired by drugs charges, according to police.