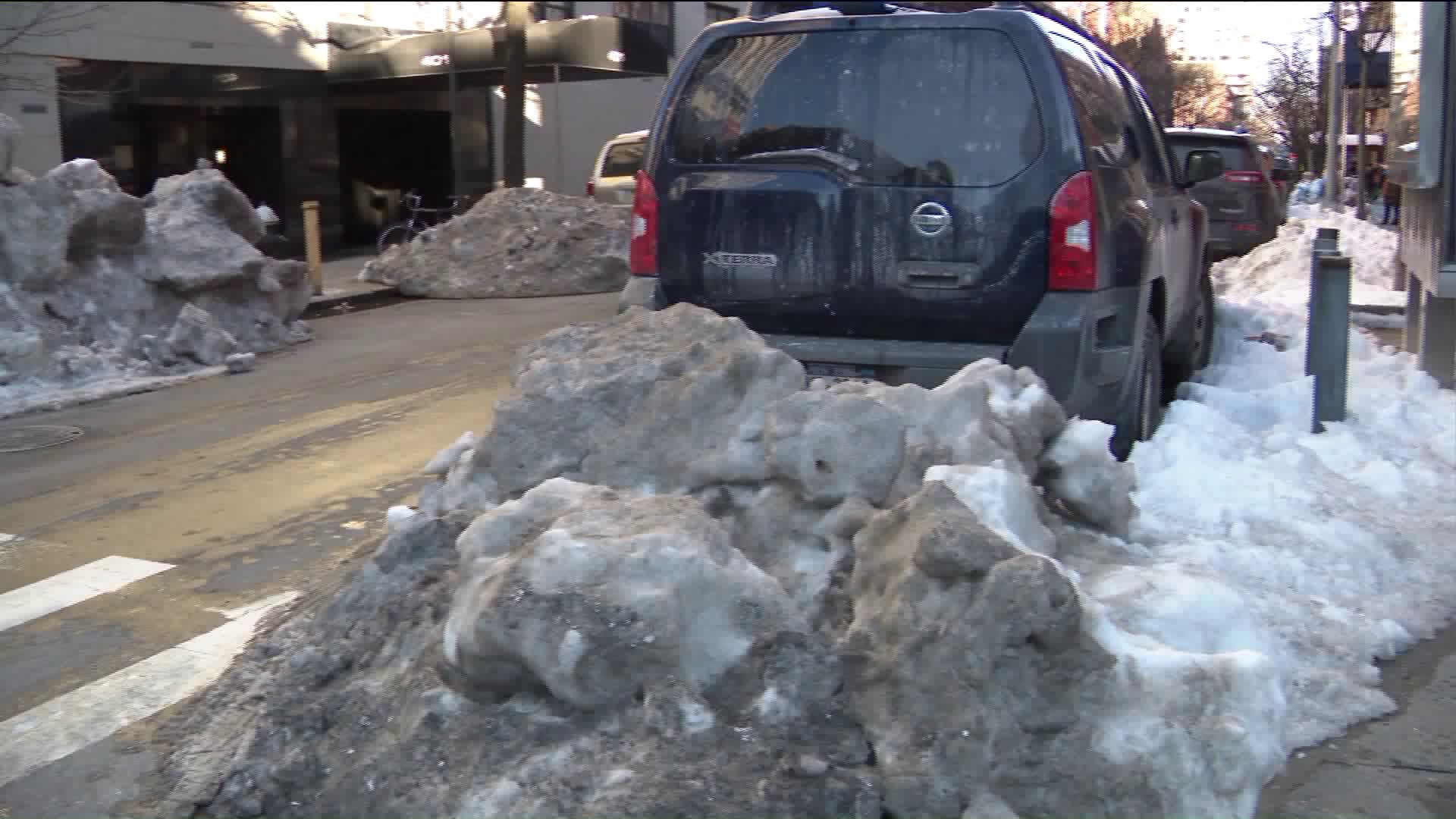 NEW YORK — Another round of snow is heading toward New York City this weekend, but the ice, cold chunks on the streets from Tuesday's nor'easter is causing problems.

DSNY has called for them to report on Saturday and more are being encouraged to sign up at sanitation garages.

For more information to sign up to clean up the snow on New York City streets, go on the DSNY website.