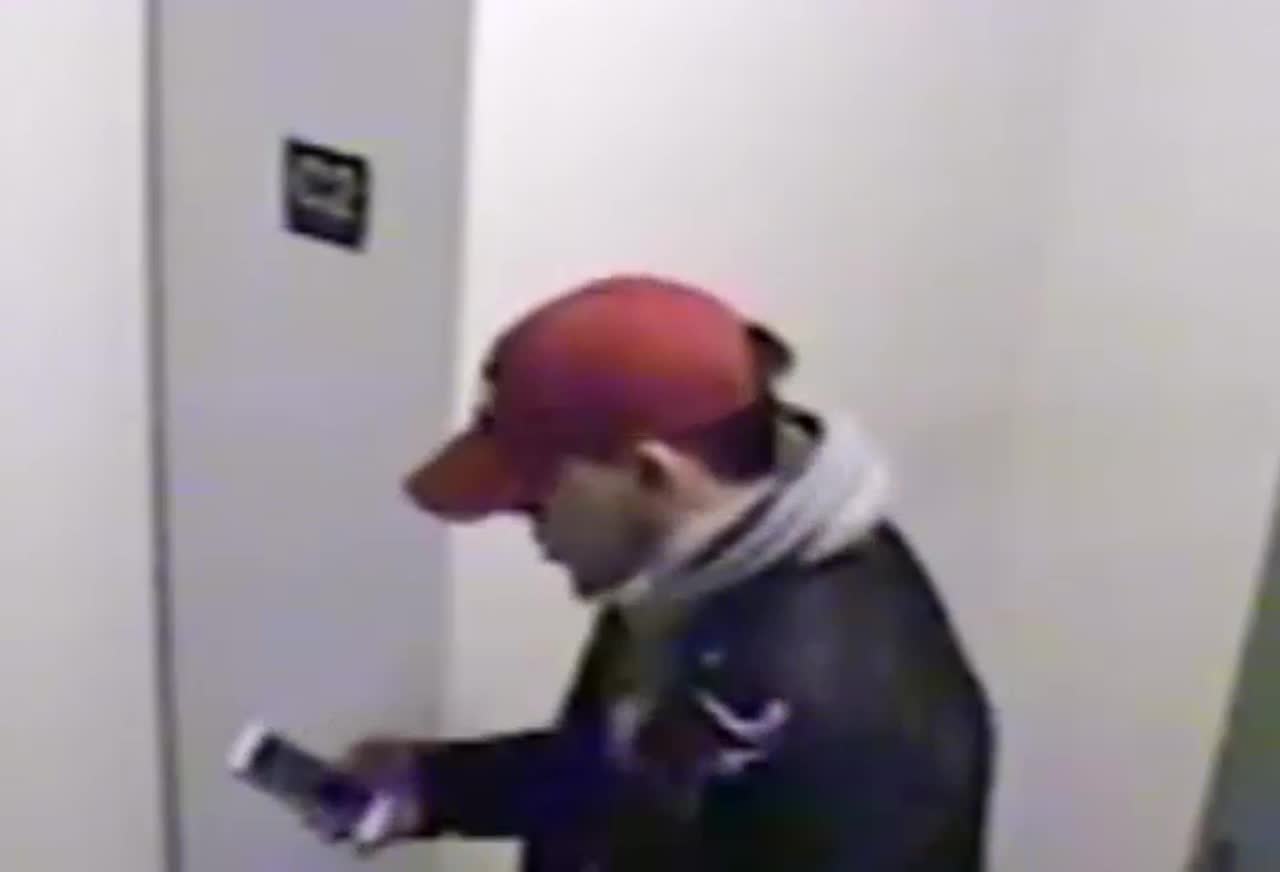 FLUSHING, Queens – Cops are looking for a man who stole from a pregnant woman on an elevator, police said.

Police say the 29-year-old victim and the alleged thief entered an elevator inside a commercial building on Sanford Avenue in Flushing last Wednesday around noon time. When the elevator reached the second floor, the individual blocked the door and demanded money from the expectant mother, according to police. She complied and then exited the elevator. The culprit stayed on the elevator until he fled through the basement.

Surveillance video released by cops shows the man, who was last seen with a black jacket and black boots.

The man is described as being about 20 years old, 5 feet 7 inches tall with medium complexion. He was last seen wearing a red hat, black jacket and black boots.