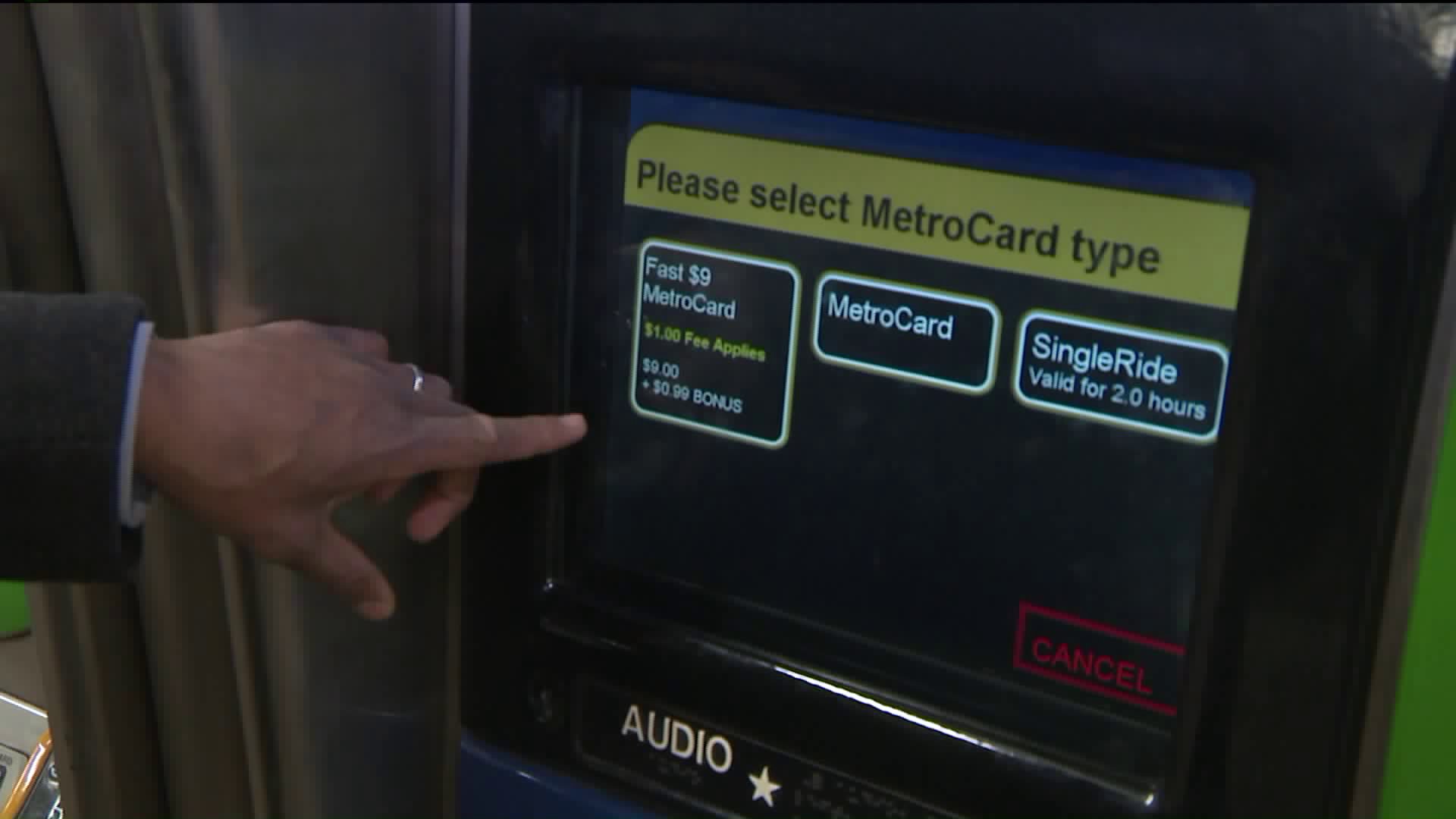 Many New Yorkers didn`t even know about the fare hike.

NEW YORK — If it seems that the price to ride the subway had gone up not too long ago, that may be because it hasn't been that long.

In fact, the fare has increased five times since 2009, and a sixth hike id set to happen on Sunday. It's taking many riders by surprise, and they are by no means the only New York City metro commuters who are about to see the cost of getting around go up.

In fact, anybody who uses commuter railways, roads, bridges, tunnels or the subway within New York City's five boroughs is going to pay more.

"Families cannot sustain themselves," said Talibah Dolphy-Bey. She was one subway rider among many who PIX11 News encountered on the R and W lines on Friday who did not realize that a fare hike was close at hand.

However, incentives to purchase more than the basic fare at MetroCard machines will decrease -- causing frequent buyers to lose money. Currently, the bonus to purchase MetroCards in amounts higher than the basic fare is 11 percent. For example, a $9.00 purchase comes with a 99-cent bonus added to the value of a MetroCard. As of Sunday, the bonus decreases to 5 percent. So that $9.00 purchase will come with just a 45-cent bonus.

Also, it's not just subway riders who'll be paying more. MetroNorth and the LIRR fares are set to increase, as well, up to 3.75 percent for weekly and monthly passes.

Drivers through the five boroughs' bridges and tunnels will pay more, as well. The increase is just under 25 cents for EZPass, but the hike in cash tolls will be anywhere from about 6 percent to 9 percent, starting Sunday.

That means that crossing the Verrazano Narrows Bridge into Staten Island will be $17 for cash-paying drivers.

"I live on Staten Island," said Brooke Haramija, who happened to be waiting for an R train on Friday afternoon. She said that whatever mode of transportation she uses to get home -- with the exception of the Staten Island ferry -- she's having to pay more.

"I just feel like our salaries aren't going up as fast as the tolls are going up," Haramija told PIX11 News. "It's really getting difficult to live."

For its part, The Metropolitan Transportation Authority has pointed out that this latest increase is the lowest in eight years, and that its rate is below the rate of inflation.

However, because it's the sixth increase in eight years, a group of protesters is planning to gather at Barclays Center Plaza, outside of the Atlantic Yards station, on Sunday at 1 p.m.

In the meantime, cards purchased until 11:59 p.m. Saturday will benefit from the current bonus amounts and prices.