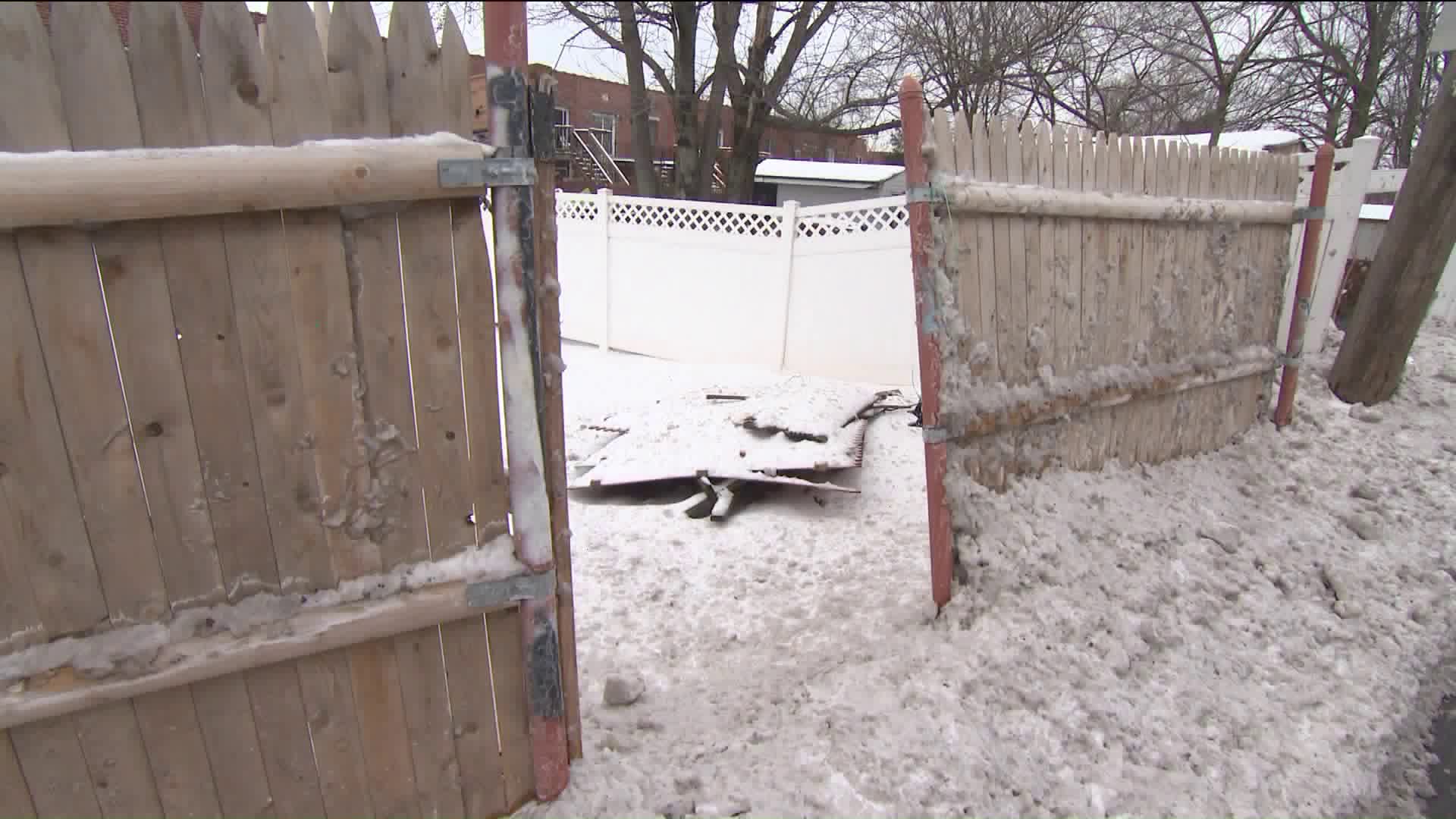 STATEN ISLAND – Typically during a snow storm when a plow finally shows up, it's a welcome sight, but a pair of Staten Island homeowners say plows did some major damage on their block.

And since then, they've been getting the runaround.

"I was in my house and I heard a bang," said homeowner Tara Tomasulo. "I looked out. I was in my bedroom and I looked out and I saw the sanitation coming."

The Tomasulos say this is the end results of a drive by – by a snow plow. Fence after fence damaged.

"There's been about seven other houses in my neighborhood that were all damaged," Tomasulo said.

Broken, mangled and even punctured.

"It was a blatant disregard of respect for people's property and as you can see the fence here riddled with salt holes from the salt spreader shooting out the salt from the whole fence line," Tomsulo said.

The Tomasulo's live on Jules Drive in the Graniteville neighborhood of Staten Island. The fences behind their homes are the only solid structures between their property – three lanes of traffic and the Staten Island Expressway. They tell PIX11 – during Tuesday's storm plows operated by NYC's department of sanitation pushed snow into these fences.

"They could easily change their direction but I guess they don't care," Robert Tomasulo said.

Tara Tomasulo got so upset that she took her pen and paper out and picked up the phone.

"I called 311 then I was directed to claims at the claims department and at that point, they tell me they only work from 8 a.m. to 3:30 p.m.," Tomasulo said.

Next she called the department of sanitation.

"They said you can try the Staten Island garage and I left a couple of messages for management," Tomasulo said. "I didn't hear back."

PIX11 also tried calling the New York City's department of sanitation for answers Wednesday, but they had no comment. Finally they told PIX11 if the Tomasulos would like to find out if the city will pay to fix their fence– they would need to reach out the office of the city's comptroller. So now this couple has one more call to make.

"I will do that tomorrow or today," Tomasulo said. "Its just frustrating."