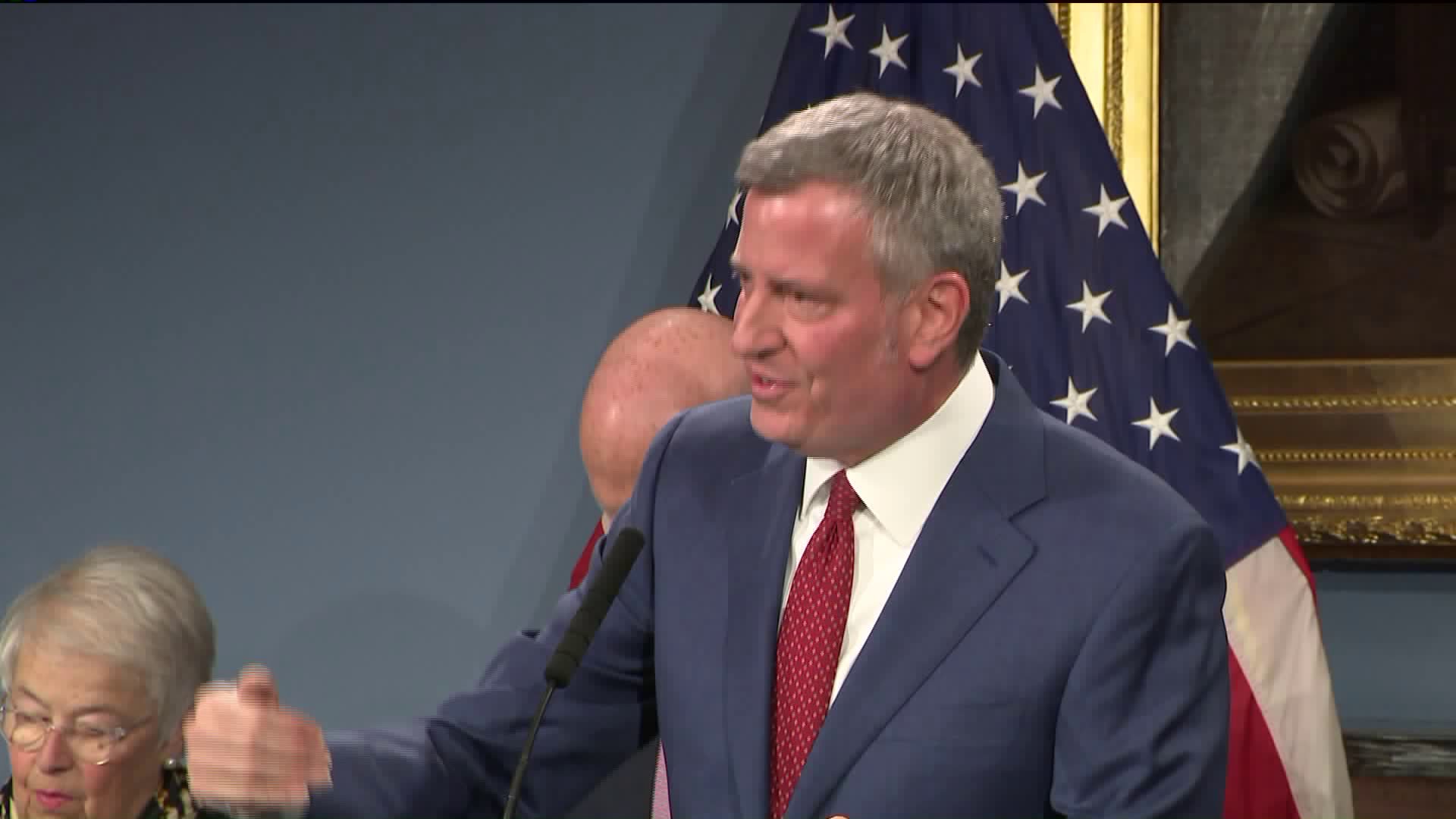 "It simply confirms what I have said all along," de Blasio says.

"It simply confirms what I have said all along. My staff and my colleagues and I have acted in a manner that was legal and appropriate and ethical throughout," de Blasio said at City Hall.

The decision came after a politically taxing investigation that first emerged nearly a year ago.

PIX 11 News asked de Blasio his reaction the moment he found out he would not be charged by either office.

"Just that, it was what I thought would happen all along. It's been a long process obviously a lot of time and energy that I believe could have been used to serve the people of New York City," de Blasio said.

"It doesn't mean we didn't get a lot done in the meantime, but a certain amount of time and energy went into that effort, so this simply confirmed what I have been saying all along and I was obviously pleased to see the issue closed."

"After careful deliberation given the totality of the circumstances here and absent additional evidence, we do not intend to bring federal criminal charges against the Mayor or those acting on his behalf."

At the end, de Blasio's actions and facts that were reviewed did not "make out a provable violation of the Election Law's criminal provisions," Manhattan District Attorney Cy Vance said.

"Nevertheless, they appear contrary to the intent and spirit of the law," Vance added.

"The type of closely managed coordinated plan at issue creates an end run around the direct candidate contribution limits by taking advantage of inconsistent provisions in the Election Law," he said.

While his ethics were called into question, de Blasio did not want to respond to several questions tossed in his direction in what he called were "characterizations by DA Vance."

De Blasio simply pivoted and stated that there are greater issues to address in the city.