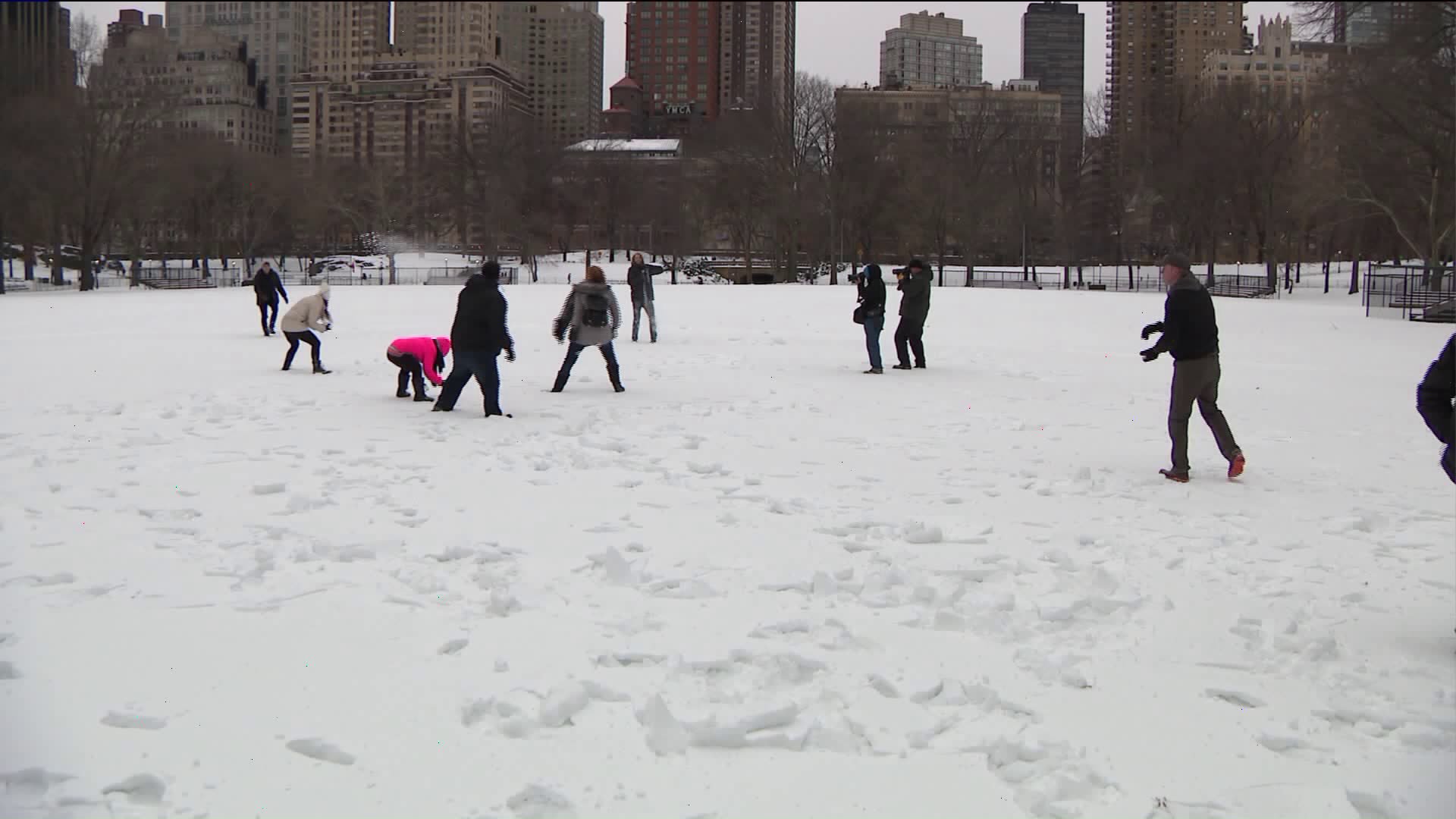 NEW YORK — Dozens of people showed up at an event that was supposed to break the world record for the biggest snowball fight.

Needless to say, the record stands unchallenged, but the failure to shatter it didn't deter Sarah Garratt and her friends from having a rowdy snowball fight in Central Park while raising money for a good cause.

Earlier this week, as the snowstorm loomed, Garratt planned what she called the "Snowball Fight to End Homelessness."

"We gotta do something fun and we want to do something meaningful and this is kind of where we landed," Garratt said.

The plan was to beat the world record for largest snowball fight. The record was set in Saskatchewan, Canada, in 2016, where more than 7,600 people showed up.

They didn't get anything close to that, but the GoFundMe page set up for the event is steadily raising money for The Bowery Mission.

"It can help us do what we do," director of operations James Macklin said. The Bowery Mission helps up to 1,000 homeless New Yorkers every day.

Hayden Freeman and his friends, visiting from Dallas, heard about the event through Facebook.

"We were expecting about 7,000. It seems to be about 50 people here, but that's good enough for us. We were just looking for a snowball fight," Freeman said.

They also made a donation to The Bowery Mission.