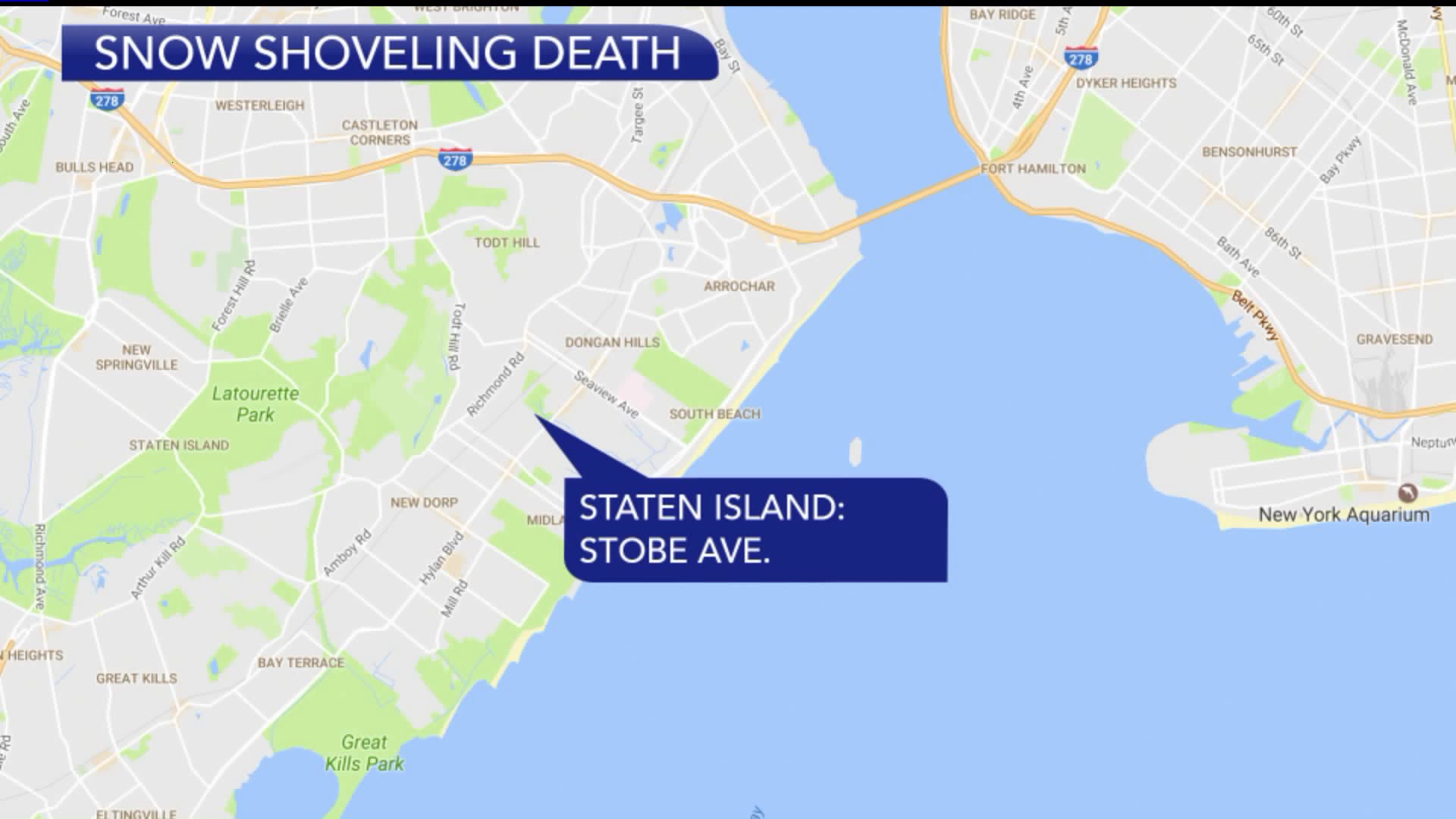 Edward Wilkinson, 47, of Staten Island, was outside his Stobe Avenue home in Dongan Hills clearing a path when he fell to the ground, police said. He was later pronounced dead.

The Daily News reports that Wilkinson, the father of a 12-year-old son, lived at the home with his parents. They tried to stop him from going outside into the storm.

"We told him to wait, that the three of us would go out and do it," his mother Rosemary Wilkinson told the outlet. "He said, 'No, I’ll go do it.' I said, 'No, I don’t think you should.' And he went anyway, and I happened to look out the window and he was down."

Wilkinson's cause of death is unknown, though shoveling snow is "a known trigger for heart attacks," especially if the shoveler does not exercise regularly.

A combination of cold weather, which boosts blood pressure, and heavy physical exertion moving hundreds of pounds of snow can put a major strain on the heart, according to the Harvard Medical School.