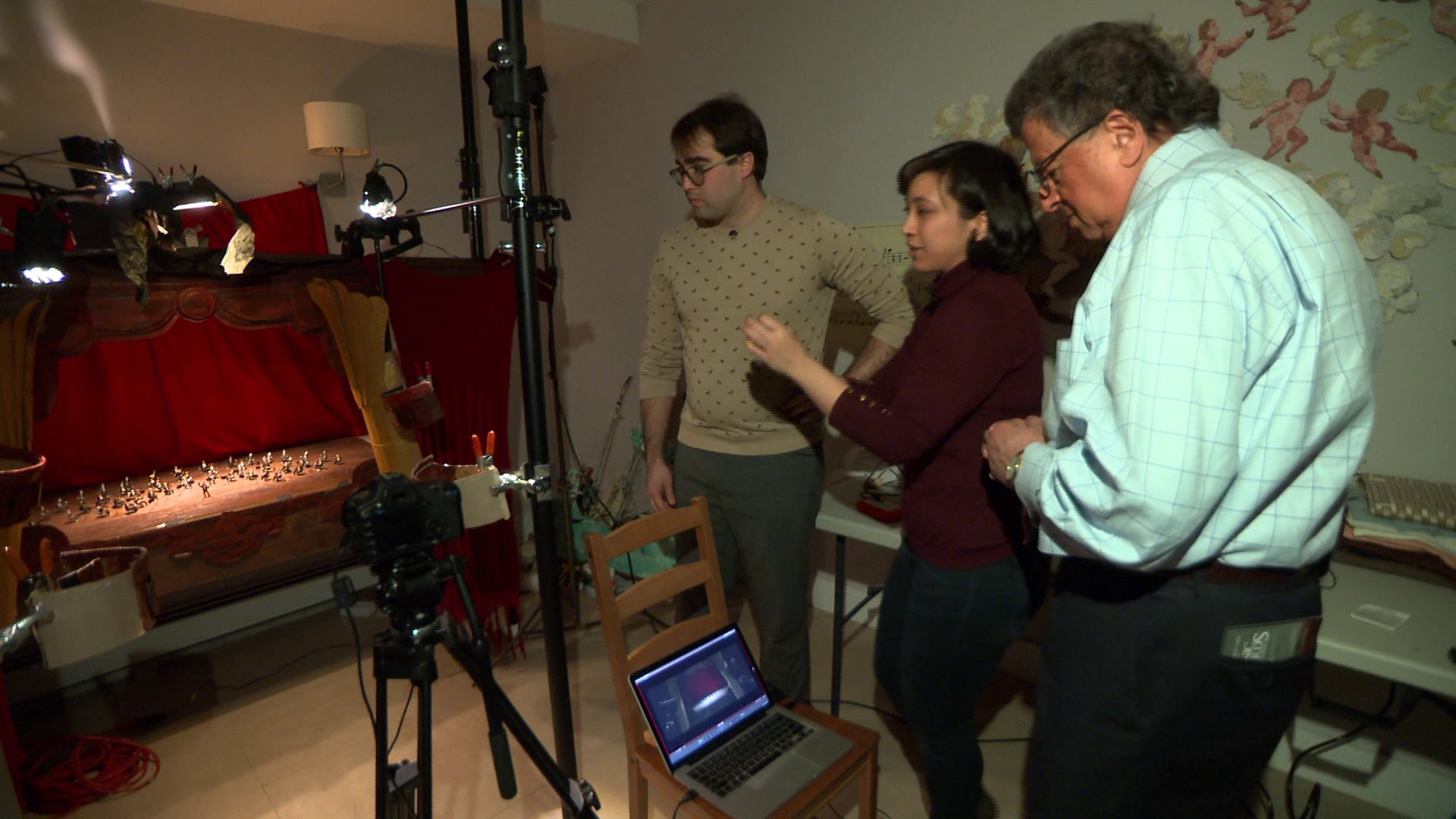 Film-making can be a tedious process, especially when producing stop-motion animation.

“We’ll spend 12-15 hours a day to get a few seconds of footage,” Bec Sloane said. That's because Bec Sloane and Taylor Stanton have to make minor adjustments between every single photo.

The duo made a movie after winning a global competition, called Symphonic Storyboards ,  put on by the Philharmonia Orchestra of New York . "It was a worldwide competition for filmmakers to submit a proposal of a 10-minute film that would feature a live orchestra, specifically about Richard Wagner music," Sloane explained.

Their film, which will be performed next week at Lincoln Center, is a take on the Flying Dutchman myth, featuring a young female tuba player.

“She kind of zones out so she screws up her performance and she imagines that Richard Wagner comes back from the dead to reap vengeance upon her,” Stanton describes. The idea is to entertain classical music enthusiasts while appealing to a wider audience.

“I think this is a new way to sort of introduce people who maybe have just never given it a chance before,” he added.

Stop-motion animation solely features puppets and props. All of these were hand-made by Bec.

Bec and Taylor also made it a point to have every single piece be ecofriendly.

They spent a lot of time working in the basement of an apartment building, but say each moment is worth it.

“Do you want to eventually get into a half hour, an hour, a movie?" I asked them. "I think we’re both pretty open to the specific forms but I know we both want to keep working together.”